The ease of doing computational chemistry has theorists concerned about accuracy 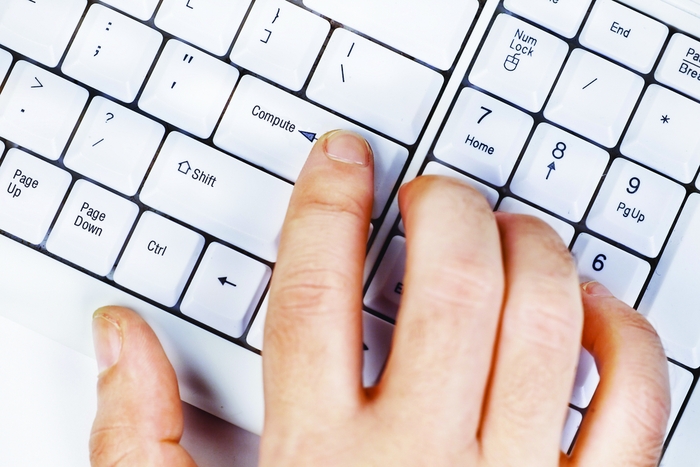 These days it’s hard to imagine chemistry without computers. Not just because they’re indispensable for organizing labs, producing slides, and writing papers, but also because frequently they’re doing the chemistry itself. In the past few decades it’s become seductively easy for bench chemists to augment their experimental results with computations generated by any of a number of highly polished, simple-to-use software programs.

Because although experimentalists may be delighted by a software-produced number that validates their work, as nonexperts, they may not recognize that the method they’ve used is unreliable for their problem, or that the number could have different meanings.

Theoretical chemist Mark S. Gordon puts it bluntly: “Too many people think they can do some black-box type of calculations, and they end up doing bad stuff and getting published.”

Gordon, chemistry professor at Iowa State University and originator of the popular computational chemistry software package GAMESS, says the problem is not in the execution—learning to use the software is relatively trivial—but rather in interpretation.

“There are a growing number of computational chemists, as well as experimentalists, throughout the world who use standard codes without a deep understanding of their underlying theory. A disappointingly large number of papers are appearing that use inappropriate methods and make conclusions that are totally unfounded. So, there is a need to develop better ways to broadly educate users of computational chemistry codes.”

Some problems require more theoretical awareness than others. Using computations to characterize excited states, for example, can be particularly treacherous. Density functional theory (DFT) is one of the most common computational tools used by chemists, yet its strength lies primarily in predicting molecular ground electronic states and their corresponding geometries. DFT calculations of molecular excited states are “often badly in error,” says John C. Tully, chemistry professor at Yale University and a pioneer in the field of molecular dynamics theory.

Computational treatments of bond breaking can also be problematic. “If you have the energy of bond breaking wrong, then the thermodynamics are wrong,” Tully notes. “Even the overall calculation of whether the reaction is exothermic or endothermic may be wrong.”

And even with straightforward problems, chemists need to remember that a computational result isn’t necessarily the end of the story, says Robert Damrauer, an organic chemistry professor at the University of Colorado, Denver. Damrauer has been hobnobbing with theorists for decades. In the 1980s, he says, he realized the need to involve computation in his flowing afterglow studies, in which he used mass spectrometry to study ions reacting with neutral molecules. “The only thing you got out of the experiment was a mass-to-charge ratio, which tells you the mass of the species” produced, Damrauer recalls. “All we’d get was number 61—that could be five different things.”

He went to Gordon, who became his collaborator and mentor, and used computations to predict which of the possible product species had the lowest energy. Damrauer emphasizes that although the calculations increased the likelihood that they’d identified the correct species, they still were not proof. “Even then you could get a very clear computational result, but that didn’t mean that is what you made. There are no algorithms which will get you there and prove that you’re there,” he says.

Damrauer says his collaboration with Gordon’s group, which included spending a semester at Iowa State, was vital to using computations with skill. “If you don’t have some mentorship and are not really critical in how you approach the problem, there really are scary possible outcomes.”

Wes Borden, chemistry professor at the University of North Texas and an associate editor of the Journal of the American Chemical Society, recognizes the risks of carelessly done computations, but he thinks that experimentalists’ backing away from doing calculations would be akin to their eschewing the use of other complex methodologies such as nuclear magnetic resonance or X-ray crystallography.

Education and training can go a long way to preparing bench chemists for the computer, Borden says. “There is an investment in understanding to be able to do computational chemistry, but you don’t have to be a world expert to utilize the tool,” he says.

Many computational chemists see collaborations as the best way to maximize the benefits of computation and experiment. Kendall N. Houk, chemistry professor at the University of California, Los Angeles, estimates that over half his work involves collaborations with experimentalists.

At UCLA, he says, experimental organic and inorganic chemists often get guidance from his group. “It’s not so different from rapidly evolving spectroscopic techniques, where computer control can make it possible for many people to do the experiments, but expert help is needed with interpretations,” Houk says.

The computational chemistry culture is evolving as younger chemists come on board, a generational aspect that has its pros and cons. Robert Damrauer’s son, Niels, is also a chemist, specializing in physical chemistry at the University of Colorado, Boulder. From the elder Damrauer’s perspective, it seems that for his son, computations are “like second nature.”

Niels Damrauer agrees that he readily uses computational techniques, but even he has concerns that a comfort level that’s too high may lead to complacency. He says he works “very conservatively” with computations. If he’s writing purely computational chemistry-based papers, he’ll explore a larger number of methods than if he were being guided by a computational collaborator. “But my students,” he says, “use these tools without any fear at all.”

But at the same time, Niels Damrauer says, he’s not convinced the risks for chemistry are any greater than those generated by young, eager experimentalists. “There’s a certain amount of training that has to occur, but that’s true for experiment and computation,” he says. And ultimately, he believes, the checks and balances in the peer review process will help reduce errors.

That’s certainly a scenario that concerned theorists say they hope will become reality, because, as Borden notes, “we’re going to see more and more experimentalists who are anxious to do calculations to understand their own research findings.” ◾