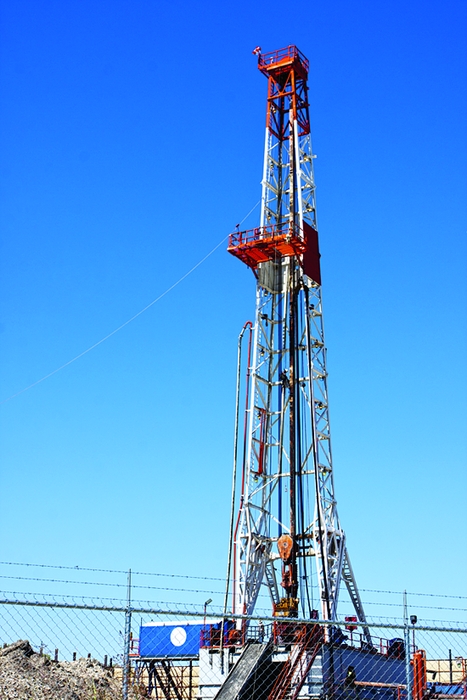 Credit: Shutterstock
More disclosure of chemical use during natural gas drilling is sought.

Natural gas recovered from shale rock formations has “enormous potential to provide economic and environmental benefits for the country,” but the drilling technology presents a variety of environmental risks that must be addressed, says a report issued last week by an Energy Department advisory committee. The report calls for full disclosure of the chemical constituents of the fluids used in hydraulic fracturing (fracking), the process by which water, sand, and chemical additives are pumped underground at high pressure to break apart the geologic formations and release the gas. It notes that “production from shale formations has gone from a negligible amount just a few years ago to almost 30% of total U.S. natural gas production.” The report says information on shale gas development needs to be made more accessible to the public, and it recommends creation of a national database of all public information. It also calls for the creation of a shale gas industry group to improve “best practices” and drilling standards, as well as government funding for R&D. The American Petroleum Institute, an industry trade association that opposes federal regulation of hydraulic fracturing, says shale oil and gas development is safe and is already regulated by the states.

Pollution
Mercury makes it deep into marine trenches
Sustainability
US Senate passes sustainable chemistry legislation
Environment
P2 and ADM pair up for renewable products
Share X
To send an e-mail to multiple recipients, separate e-mail addresses with a comma, semicolon, or both.
Title: Energy Panel Sees Risks In Gas Drilling
Author: Glenn Hess
Chemical & Engineering News will not share your email address with any other person or company.