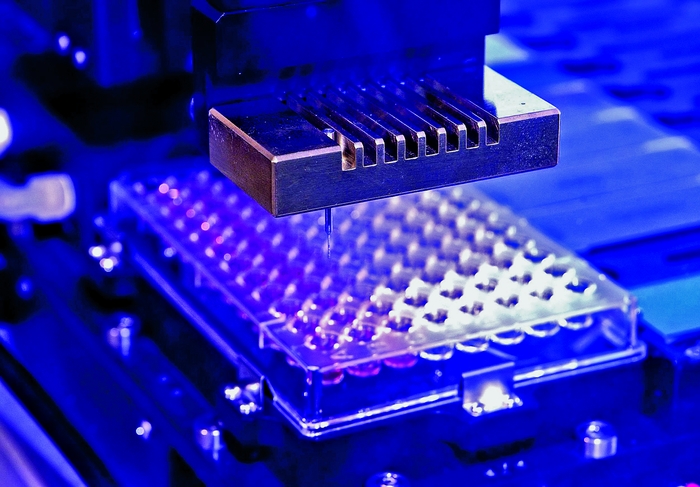 As a stand-alone company,PerkinElmer’s former lighting and detection systems business, now called Excelitas, intends to more aggressively court instrumentation makers, including its former parent, as buyers of its instrument components.

PerkinElmer sold the business last November to private equity firm Veritas Capital for $500 million so it could focus on its core business of health- and environment-oriented scientific instruments. But for Excelitas, the separation “opens up new opportunities,” says Senior Vice President Joel Falcone.

In the instrumentation world, Excelitas, based in Waltham, Mass., is known as a maker of optoelectronics systems based on light sources such as light-emitting diodes (LEDs) and xenon lamps. It also makes photodetection systems. Both are used in spectroscopy, liquid chromatography, colorimetry, and fluorescence instruments made by PerkinElmer as well as firms like Thermo Fisher Scientific.

In addition, Excelitas provides lighting systems for medical and dental applications. Sales in 2010 were about $300 million, a little more than half of which came from selling detection and sensing equipment to security, aerospace, and defense markets.

Excelitas isn’t the only provider of illumination and detection modules to instrumentation makers. It is common today, points out James F. Tatera, head of the analytical tools consultancy Tatera & Associates, for instrument makers to buy modules for their instruments just as automakers buy wiring harnesses and brake assemblies from specialists. Excelitas’ competitors include Japan’s Hamamatsu Photonics and Germany’s Heraeus Noblelight.

In the past, instrument makers might have been reluctant to work with Excelitas because PerkinElmer would have been seen as a competitor. Falcone notes that the firm always kept customer information confidential. But after the sale to Veritas, privacy concerns are moot, and Excelitas can more aggressively pursue business with PerkinElmer competitors.

Veritas also brings access to more capital, Falcone says, enabling Excelitas to increase investments in research and customer service. For instance, the firm recently opened an LED center of excellence in China. And it is adding staff at other locations, Falcone adds.

Excelitas has made an effort to “hire more high-end scientists” to beef up its technical expertise, Falcone says. The company already participates in photonics research at Lawrence Livermore National Laboratory, where researchers use its laser pumps to develop a practical cold fusion energy source. And over the long term, the firm plans to increase collaboration with academic researchers.

Access to capital is also likely to make Excelitas acquisitive. Falcone says the firm is particularly interested in buying companies that can bulk up its technology and increase product offerings for the medical and scientific instrument side of its business.

For now, Excelitas continues to work on making it easier for instrument makers to include the latest illumination and detection components in their scientific tools, Falcone says. In LED technology, he claims, the firm is way ahead of competitors. “We’re the only company in the analytical world with LEDs,” he says.

LEDs use less power and last longer than the xenon lamps and other light sources that most other firms offer, Falcone says. Shortwave ultraviolet light will still need to come from xenon and other sources. But many instruments that depend on visible light “can move to LEDs, which are less expensive than xenon and use less power,” he says. The latest DNA-sequencing instruments, for example, use LEDs, he says.

Now that it is no longer a noncore business of PerkinElmer, Excelitas can more confidently plan for the future. “Our focus,” Falcone says, “is to innovate, invest in research, and create solutions to make the planet a better place.”