Codexis Undergoes Its Own Evolution 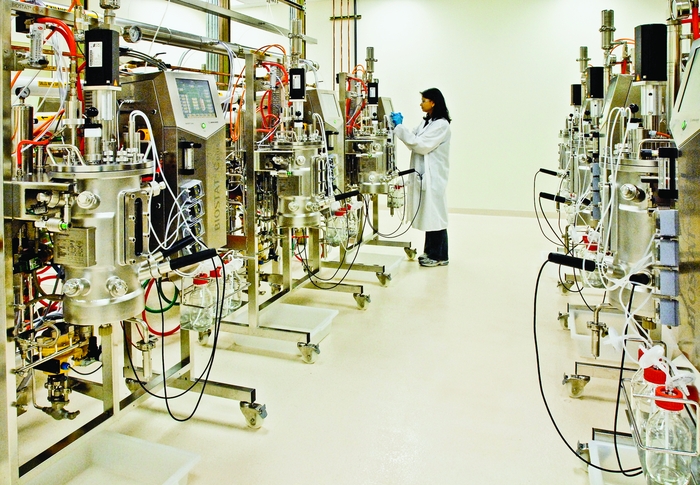 When Codexis Chief Executive Officer Alan Shaw gave a talk at a biotechnology industry meeting several years ago, it prompted attendees to ask him about what the company’s biocatalyst engineering technology can do. Codexis had shown that biocatalysis can be used to efficiently synthesize a key chiral building block for Pfizer’s blockbuster cholesterol drug Lipitor—but how can biocatalysts be used besides in pharmaceuticals?

Shaw ran back to the firm’s Redwood City, Calif., labs where scientists told him that they definitely could use their directed-evolution approach to create biocatalysts for nonpharma processes. But because of intellectual property (IP) restrictions, Codexis’ lawyers said no. Shaw found a way around the restrictions and is now trying to transition his firm from merely providing technology to making products.

Codexis was created in 2002 when the biopharmaceutical firm Maxygen carved out a chemical division that had rights to its method for making fine chemicals and pharmaceuticals. Technology in hand, Codexis raised an initial $25 million from outside investors. “We had a license to practice the technology in pharmaceutical intermediates and building blocks, and at the time that was enough,” Shaw says.

After the discussions at the biotech meeting, though, Shaw went back to Maxygen to expand the technology license to cover biofuels. Shell took notice, and by 2007, Codexis had a five-year deal with the oil company that included $20 million up front, a $30 million stake in Codexis (later doubled), the funding of about 120 researchers, and potential milestone and royalty payments.

In 2010, with close to $500 million invested to develop its biocatalysts, Codexis wanted to broaden its horizons even further. The company went public in April of that year. Then in October it bought all of Maxygen’s directed-evolution IP for $20 million.

Freed from IP constraints, Codexis has added biobased chemicals to its bio-fuels and pharma portfolio. “The primary growth drivers for the future are ethanol and detergent alcohols,” Shaw says. The firm intends eventually to help make both by converting non-food-related cellulosic feedstocks into sugars that can be fermented to the final products.

In biofuels, Codexis will sell its partners enzymes to convert waste cellulosic biomass to ethanol and also get royalties on ethanol sales. “That’s a very high margin business, and so I’m happy with that, but it isn’t enough to drive significant revenue growth,” Shaw says. To that end, Codexis wants to sell the detergent alcohols itself.

In July, Codexis began commercializing the alcohols with Chemtex, part of Italy’s Gruppo Mossi & Ghisolfi. The process is to be piloted at Chemtex’ R&D facility in Rivalta, Italy. Larger-scale demonstrations are to take place at a 40,000-metric-ton-per-year cellulosic ethanol plant that should open in Crescentino, Italy, in 2012. Chemtex also will provide engineering services to design and build any commercial facilities for Codexis.

Representing a $6 billion-per-year global market, detergent alcohols are surfactants found in numerous household products. They are made from petrochemicals or palm kernel oil feedstocks that cost about $3,000 per ton. Codexis intends to use cheaper cellulosic feedstocks, leaving a wide margin for profits. According to stock analyst Edward Westlake at Credit Suisse, the business could help push Codexis’ revenues to $500 million or more by 2015.

Work in biofuels and biobased chemicals is rapidly expanding among both small and large competitors. Food-related feedstocks, such as sugars, are not considered sustainable in the long term, and the goal is to move to waste cellulosic materials. But at least for biofuels, the technology hasn’t proven cost-effective or been done on a commercial scale (C&EN, Aug. 15, page 10).

“This is still early days in the biocarbon revolution,” Westlake told clients in a recent report. Although a “lack of visible news flow” has caused Codexis’ valuation to lag behind its competitors’, he sees the detergent alcohols deal as just the kind of significant product-related boost investors want.

Shaw acknowledges the frustration with Codexis’ stock price, but he says he’s comfortable with a measured approach to deal-making. “We have been very careful about which product we decided to be our flagship biobased product and have avoided the most obvious ones that everyone talks about,” he explains.

Although Codexis has a few years of R&D behind it and liters of detergent alcohols produced in the lab, Shaw is pragmatic about the work still ahead. “We are focused on a single product, not biting off more than we can chew, and that’s why we are saying we won’t have anything to market before 2014 and don’t believe we will be fully ramped up at large scale until maybe 2016,” he says. The company also is looking for its first customers.

Codexis’ ethanol business will develop in parallel, Shaw says. In cellulosic ethanol, Codexis is working with Shell and its Canadian partner Iogen. And Shell recently transferred its nearly 16% ownership stake in Codexis to Raizen, a new biofuels joint venture between Shell and the Brazilian sugar and ethanol producer Cosan.

Shaw believes the venture will be producing ethanol from sugar­cane by the end of 2012. “In parallel, we are aggressively pursuing an opportunity to deploy second-generation technology that could be used not just for cellulosic ethanol but also for cellulosic detergent alcohols,” he explains. In this case, the feedstock likely will be bagasse, the waste left over from sugarcane processing.

Shaw believes that being able to back-integrate to cellulosic feedstocks will be a differentiator among biobased chemical companies. He says only those firms that are developing cellulosic ethanol—including Codexis, Novozymes, and DuPont—are creating the needed enzyme systems, while most companies aren’t and may have to pay the price in the future. “A biobased chemical industry that is dependent on sugar as a feedstock doesn’t have a sustainable future,” he says.

For now, though, sugar is the biobased chemical feedstock of choice, and Brazil is the preferred place to get it. “Brazil is a very key focus for us right now,” Codexis Chief Technology Officer David Anton says. “It is the lowest cost feedstock area in the world, but more importantly it is also a market that is growing very rapidly.”

Work must still be done on integrating all the process steps to go from cellulose to final product in a cost-effective manner, Anton explains, and may require some further improvements to Codexis’ cellulase enzyme. In July, the firm announced that the Mexican company Fermic had contract-manufactured its cellulase enzyme for the first time at a 20,000-L commercial scale.

As business ramps up, revenues should too. For the first half of 2011, Codexis had revenues of $57 million, a 14% increase over the first half of 2010. Codexis depends heavily on just a handful of customers, with Shell alone accounting for 52% of revenues. The company had a net loss of $8.5 million. Profitability isn’t likely until around 2014 when the first detergent alcohols are sold, Shaw suggests.

Pharmaceuticals have been the proof-of-concept business and will continue to be important for the company, Shaw emphasizes. In the first half of the year, pharmaceutical sales grew 45% to just over $21 million. The remaining revenues are largely R&D funding and milestone payments from Shell. “Pharmaceuticals was our lead market for the first five years and will continue to be an exciting growth business for at least the next five years,” he says.

Besides Pfizer, Codexis works with 20 pharma customers that use its enzymes for R&D and manufacturing. It subcontracts production of its enzymes and then supplies them to companies such as Teva Pharmaceutical Industries for making generics, DSM for process development, and Dainippon Sumitomo Pharma, its first Japanese customer. Its technology has been used in processes for Merck & Co.’s diabetes drug Januvia and hepatitis C drug Victrelis, as well as Vertex Pharmaceuticals’ hepatitis C drug Incivek. Through relationships with manufacturing partners Arch Pharmalabs and Dishman in India, Codexis also supplies intermediates and active ingredients.

“Partnerships are clearly a way to make sure that the problems you work on create value and have a route to market,” Anton says. “We will continue to partner when it makes sense and do things independently where it makes sense, too.” But, eventually, he sees a shift. “We don’t want steel in the ground until we have developed the business to a size that justifies it, but I definitely think in our future we will be manufacturing.” ◾