BASF To Invest Big In Brazil

[+]Enlarge
Credit: BASF
BASF’s main operations in Brazil are now at Guaratinguetá (shown), where the firm makes butyl acrylate and other products. 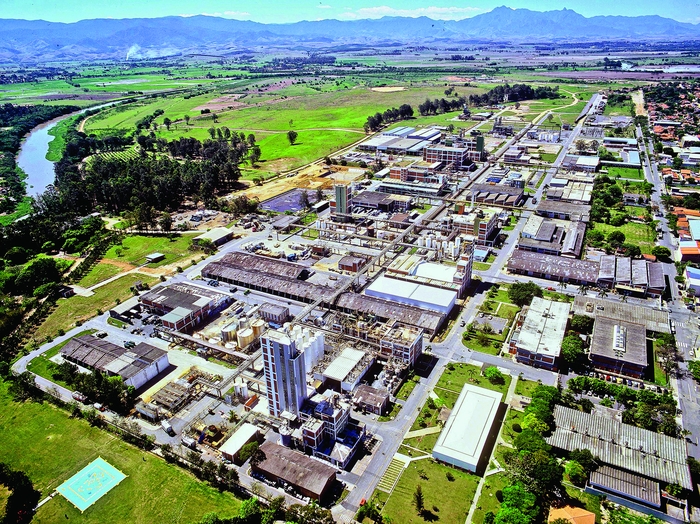 Credit: BASF
BASF’s main operations in Brazil are now at Guaratinguetá (shown), where the firm makes butyl acrylate and other products.

BASF plans to spend $720 million to build a world-scale complex in Camaçari, Brazil, that will produce acrylic acid, butyl acrylate, and superabsorbent polymers. To include the first acrylic acid and superabsorbents plants in South America, the facility will be BASF’s largest single investment in its century-long history on the continent, the firm says.

In addition, BASF plans to make 2-ethylhexyl acrylate, a raw material for adhesives and coatings, at its existing chemical site in Guaratinguetá, Brazil. The firm already makes butyl acrylate from imported acrylic acid in Guaratinguetá.

The decision to build the acrylic acid complex follows a feasibility study BASF undertook in March (C&EN, March 14, page 22). The firm had proposed and then dropped plans for such a project in 2003. Others, such as Dow Chemical and state oil company Petrobras, have considered building acrylic acid plants in Brazil over the years.

However, BASF says the economics have now changed. “Due to the strong growth in Brazil, the time has come for this important investment,” says Stefan Marcinowski, a member of BASF’s board of executive directors. “It will further strengthen our position and underlines our confidence in the development of the South American market.”

Construction of the acrylic acid complex will begin later this year; production is scheduled to start in late 2014. Brazilian petrochemical maker Braskem will supply feedstock propylene and utilities. The 2-ethylhexyl acrylate unit will start up in 2015.

“Assuming the projects go ahead, BASF will have a significant first-mover advantage in the region,” says Ian Davenport, president of consulting firm Davenport International Associates. “They will also make BASF the first company to be truly global in acrylic acid and derivatives.”