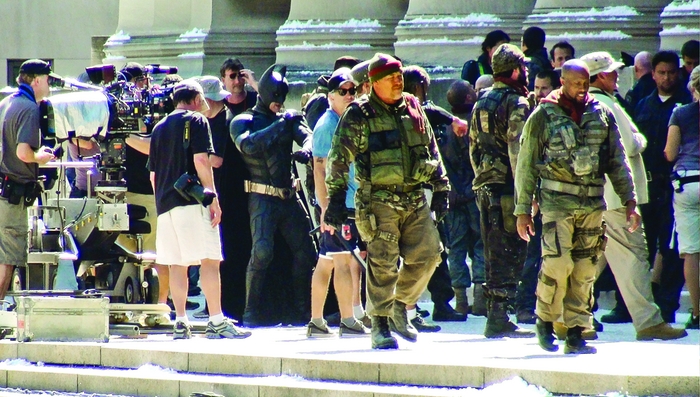 It’s not every day that the chemistry of tissue preservation makes news on MTV. But pop star Lady Gaga is used to shaking up convention.

[+]Enlarge
Credit: Rock & Roll Hall of Fame & Museum
Statement piece: Lady Gaga has said her meat dress symbolizes standing up for one’s rights and declaring, “I am not a piece of meat.” 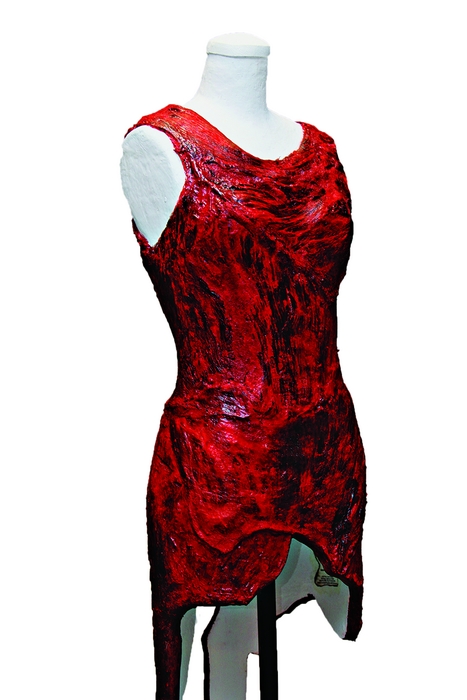 Credit: Rock & Roll Hall of Fame & Museum
Statement piece: Lady Gaga has said her meat dress symbolizes standing up for one’s rights and declaring, “I am not a piece of meat.”

The singer, known for her avant-garde sartorial choices, famously wore a dress made of raw meat to the 2010 MTV Video Music Awards, in Los Angeles. Afterward, the gown was obtained by the Rock & Roll Hall of Fame & Museum, in Cleveland, but officials there needed to make it last.

So they enlisted the help of Burbank, Calif., taxidermist Sergio Vigilato, who used bleach, detergent, and formaldehyde to preserve Gaga’s gown, as confirmed by museum spokeswoman Margaret Thresher. The dress is displayed in a case with silica gel canisters, she says.

Formaldehyde was likely used as a dilute solution known as formalin, says Anna N. Dhody, curator of the Mütter Museum, in Philadelphia. “It cross-links the amino acids in tissues and inhibits the natural decomposition process,” she says. Bleach and detergent get rid of odors or bacteria but aren’t preservatives, she adds.

John Janelli, vice president of the National Taxidermists Association, suspects the flank-steak frock could have been subjected to plastination. This preservation technique uses formalin but then replaces the water and fat in tissue with polymers.

But museum consultant John E. Simmons thinks it is unlikely that Vigilato plastinated the dress. For one thing, the Los Angeles Times reports that Vigilato painted the outfit to restore its red color, which wouldn’t fade with plastination, Simmons says. And it isn’t critical to control humidity in plastinated samples, making the silica gel canisters unnecessary. “When you add up the color change and the silica gel, I think the dress was soaked in formaldehyde and made into jerky,” he says.

Chemists can conduct visual inspections of their own at the Rock & Roll Hall’s “Women Who Rock: Vision, Passion, Power” exhibit, open through February.

Carnegie Mellon University chemists experienced their own taste of showbiz this month. Filming for the third installment of director Christopher Nolan’s Batman movie franchise, “The Dark Knight Rises,” took over their building, the Mellon Institute, which will double as Gotham City Hall, according to the Pittsburgh Post-Gazette.

“I turned around the corner coming from my lab, and I see these guys in orange jumpsuits carrying submachine guns,” recounts Stefan Bernhard, an inorganic chemist who studies luminescent materials. “The next day, it was police officers—again with a bunch of submachine guns.

“This has become the new normal: People running around with guns,” Bernhard adds.

Tomasz Kowalewski, who studies nanostructured materials, could see the action from his lab’s windows, including a scene with Catwoman. “It’s a major operation. The whole area around the Mellon Institute was full of trucks, trailers, and tents for extras,” he says.

Chemistry graduate student Emily Daniels was among the thousands of extras at Heinz Field, the Pittsburgh Steelers’ football stadium, for a chaotic scene involving villain Bane. “We needed to act scared and rush out of the stadium,” but baddies were blocking the exits, she says.

As far as Bernhard is concerned, “The Dark Knight Rises” will be a must-see when it premieres in 2012. “The message of the last Batman film, highlighting a psychological conundrum, was actually pretty profound.”

Art & Artifacts
Chemical studies reveal what’s making The Scream lose some of its vibrant color and how to prevent further degradation
Art & Artifacts
Conservators consult Forbes Pigment Collection to solve artwork mysteries
Pollution
What’s in fireworks, and what produces those colorful explosions?
Share X
To send an e-mail to multiple recipients, separate e-mail addresses with a comma, semicolon, or both.
Title: Chemistry Goes Gaga, Campus Hosts Gotham
Author: Carmen Drahl
Chemical & Engineering News will not share your email address with any other person or company.