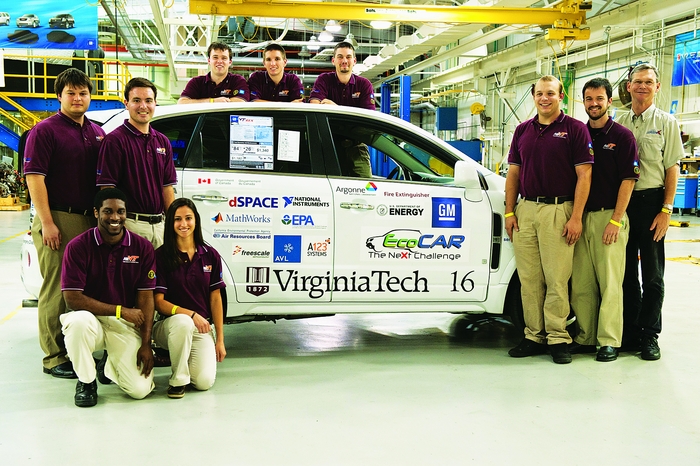 The Department of Energy must reshuffle its research direction, according to an expert panel created to guide the agency’s research needs over the next four years. In particular, the panel recommends a shift toward transportation-related R&D and away from aid to stationary sources of clean electricity.

Energy Secretary Steven Chu and Under Secretary for Science Steven E. Koonin rolled out the panel’s report, the “Quadrennial Technology Review,” on Sept. 27 at a briefing attended by a highly supportive and receptive audience of scientists. The first-of-its-kind review grew from recommendations of the President’s Council of Advisors on Science & Technology, which urged DOE to better prioritize energy R&D.

The ability to take a “long view” is the report’s strength, Chu said. The federal budget, he noted, is developed in one- or two-year increments, yet the timescales for energy R&D are in the “half-century to two- to three-decade range.” The report, he said, will allow DOE to “better focus our questions” on research and technologies for the future.

The changes, Koonin stressed, should be “gradual,” but should begin to be reflected in next year’s DOE budget request. He demurred when quizzed on what DOE programs will win or lose if the report’s recommendations are closely followed. However, the report recommends that the current 20% of DOE’s budget that is in fundamental research, such as the Advanced Research Projects Agency-Energy and key programs within the Office of Science, should remain.

The report identifies six areas as needing more attention and having the potential to show big gains: improvement of vehicle efficiency, electrification of light-duty automobiles, deployment of alternative fuels, enhancement of building and industrial efficiency, modernization of the electrical grid, and increased deployment of clean electricity sources.

The report breaks down today’s $3 billion energy research budget at DOE: About 50% goes for development of clean electricity sources; 19% for improving building and industrial efficiency; 5% for improving the electric grid; and about 26% for supporting transportation—9% for electric vehicles, 13% for alternative fuels, and 4% for vehicle efficiency. The agency’s overall budget is about $26 billion.

The biggest proposed change in research direction, according to DOE, is a shift to electric vehicles. The report notes that new technologies can diffuse through the transportation sector quickly, making a greater immediate impact on energy use.

Among transportation R&D strategies, the report recommends that DOE devote its greatest effort to electrification of the light-duty automobile fleet—mostly passenger vehicles—a “sweet spot” for pre­competitive R&D and an area of DOE strength.

Improving the fuel efficiency of conventional vehicles can have large, near-term impacts, the report adds, but private industry is “well equipped” to make that happen. DOE could play a part, however, mostly in engineering research such as advanced materials and in simulation to encourage efficiency, according to the report.

“The report is an excellent step in creating an energy plan for the country that balances the economic, environmental, and national security concerns of our energy needs,” says Glenn S. Ruskin, director of the Office of Public Affairs at the American Chemical Society, which supports continued funding for basic energy research. “This plan allows the U.S. to leverage our natural resources and innovation strengths to strategically deal with the future global demand for energy.”

Later this fall, Koonin said, DOE will release a second volume of the report that looks at 17 specific new technologies.