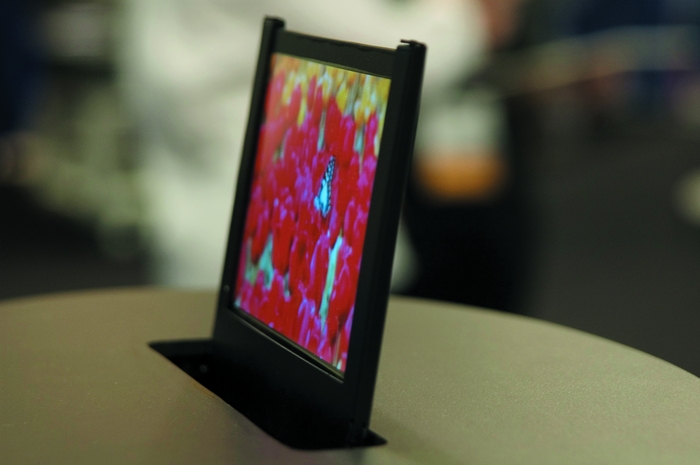 Last month, a jury in Richmond, Va., awarded DuPont $920 million in an intellectual property (IP) lawsuit against South Korean competitor Kolon Industries. A year before, a former DuPont engineer, Michael David Mitchell, had been convicted of stealing aramid fiber trade secrets from his employer and passing them on to Kolon officials.

Adding to the cloak-and-dagger aspect of the case, Mitchell, a U.S. citizen, participated in a sting operation after getting caught and helped DuPont and government investigators make a case against Kolon. His activities included secretly recording conversations with Kolon officials and videotaping meetings at a hotel not far from the plant outside Richmond, Va., where DuPont makes aramid fibers.

Nobody has a clear fix on just how often employees steal vital confidential information from their employers. What is clear is that over the past five years six former chemical company employees have admitted to or been convicted of stealing trade secrets from their employers. In five of the cases, the employee involved was of Asian descent. And in all of the cases, the intended recipient of the proprietary information was an Asian company or university.

The reasons for the IP theft aren’t clear either. “Those who engage in a major scam are likely to have complex motivations,” says Chris MacDonald, author of the Business Ethics Blog and a visiting scholar at the Clarkson Centre for Business Ethics & Board Effectiveness at the University of Toronto. “It’s hard to boil it down to a single factor.”

MacDonald points out that “when people do the wrong thing, it’s generally not because they lack the relevant values.” Instead, wrongdoers find ways to rationalize their behavior. For instance, employees who steal IP may believe they serve a higher purpose in committing the act, such as helping fellow countrymen or bringing the benefits of technology advances to underprivileged people.

Although the motives of those who steal corporate secrets may be complex, monetary gain was involved in most of the chemical industry cases, according to a review of court documents by C&EN. After Mitchell stopped working for DuPont in 2006, he began to work as a paid consultant for Kolon and e-mailed proprietary DuPont documents to Kolon employees.

Court documents ascribe the crimes of former Dow Chemical researcher Kexue Huang mostly to greed but also to feelings of patriotism and paternalism. Last month, the biotech scientist admitted to sending to researchers in China samples of Dow Chemical’s Spinosad-brand spinosyn insecticide and information on the biosynthesis. He also sent the DNA sequence of a Cargill enzyme under development for a new food product (C&EN, Sept. 26, page 7).

In his plea agreement, Huang, who holds Chinese and Canadian citizenship, admitted he stole Dow information both to aid academic researchers at Hunan Normal University and to set up a manufacturing operation to compete against Dow. He sent information on the enzyme to a graduate student he was mentoring at Hunan Normal.

The motive of Dow researcher Wen Chyu Liu, a U.S. citizen of Chinese origin, was simple greed, according to the indictment against him. After his retirement from Dow in 1992, he formed a company called Pacific Richland Products to “create marketable chemical engineering design packages for interested companies, including those in the People’s Republic of China,” according to the indictment. Through 1999 he received hundreds of thousands of dollars in payments from unidentified Chinese firms to provide technology and design packages for chlorinated polyethylene plants based on Dow ­technology.

Greed was also the motive of DuPont researcher Hong Meng, a Chinese citizen, who stole organic light-emitting diode (OLED) technology from DuPont, according to the U.S. attorney responsible for pursuing the case. After Meng’s sentencing in October 2010 to 14 months in jail, David C. Weiss, the U.S. attorney for the District of Delaware, revealed that Meng had solicited funding from a regional Chinese government to set up a factory employing 1,000 people to make OLED televisions (C&EN, Nov. 1, 2010, page 10).

Kyung J. Kim was clearly after money when he stole IP from Lubrizol. According to the indictment brought against him in March 2008, Kim, a South Korean citizen, received envelopes of $10,000 in cash, usually in $100 bills, at meetings with executives of SK Chemicals, a South Korean firm. In return, Kim, who met with SK officials at least 17 times, provided them with Lubrizol trade secrets on thermoplastic polyurethanes, nonhalogen flame retardants, and static-control agents.

DuPont’s case against former high-performance polymer film researcher Gary Min charged that he stole DuPont IP in 2005 and intended to use the information to ingratiate himself with a new employer. Min, a U.S. citizen of Chinese origin, quit DuPont in December 2005 and joined U.K.-based polyether ether ketone polymer maker Victrex in early 2006.

In the three months before he left DuPont, Min downloaded from DuPont computers nearly 39,000 reports and documents containing sensitive information. According to documents DuPont filed with the federal court for the District of Delaware, many of those documents “related to products outside the scope of defendant’s job duties or research needs.”

DuPont also speculated that Min intended to use the information “for his own personal economic gain, or for the benefit of other Chinese companies.” At the time of Min’s sentencing, his attorney told C&EN that Min’s restitution to DuPont, $14,500, was low because Min never sold DuPont’s trade secrets. However, Min probably didn’t have the opportunity to sell much information because he was caught downloading the information just as he was planning to leave the firm.

Jim Balassone, executive in residence at the Markkula Center for Applied Ethics at Santa Clara University in California, explains that “just about everyone knows it is illegal to steal IP.” People come up with many excuses to rationalize their behavior, but he sees it boiling down to a matter of “have-nots” believing they are entitled to what someone else has.

IP theft happens all the time, Balassone notes, and not just by Asian employees against their U.S. employers. When it comes to company-against-company actions, the pages of C&EN chronicle numerous IP disputes among Western firms.

Stealing IP “can’t be attributed to race,” Balassone says. Many high-technology companies are intensely competitive by nature, and executives of all races at such firms might excuse themselves for stealing as a way to survive in a cutthroat business. “You can slice this baloney pretty thin,” he says.

Marc Sardy, an associate professor in the department of international business at Rollins College in Winter Park, Fla., agrees that “you’ll find unscrupulous people in every culture and in every country.” But in the cases involving Chinese researchers or Chinese recipients of stolen information, he suggests, cultural differences may be at the root of at least some of the IP theft.

Even contract law is a relatively new concept in China, Sardy notes. In the West, contracts are ironclad, he says, but in a Communist culture, a change in conditions may prompt one party to deem the conditions of the contract to have changed as well.

Chinese researchers may feel they share in the ownership of IP they worked on because they committed their own intellectual capital to its development, Sardy says. And some Chinese scientists may feel that the nondisclosure and noncompete agreements they sign with their Western employers last only for a limited time.

But there are signs that respect for IP is slowly improving in China, Sardy says. Every so often, Chinese authorities conduct highly publicized crackdowns on major movie- and software-pirating operations. And late last year, Chinese authorities raided and arrested the owners of a factory in Nantong, China, that had been counterfeiting the active ingredient in DuPont’s Rynaxypyr insecticide (C&EN, Nov. 1, 2010, page 10).

But as a developing country, China doesn’t have the centuries of law and cultural conditions that backing IP ownership that exist in the West, Sardy points out. “As we become a more globalized society, IP issues are likely to continue to collide with local and regional perceptions,” he says.