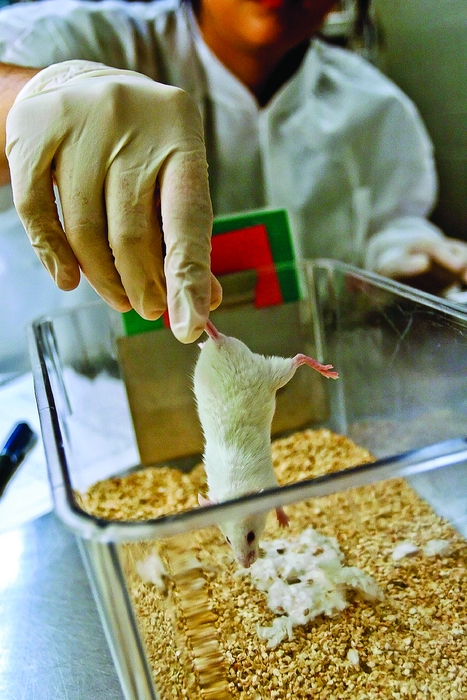 Credit: iStock
EPA’s hazard assessments are based on data from toxicology tests in laboratory animals and, when available, human epidemiology studies.

Attacked for years over its slow pace, the Environmental Protection Agency’s chemical hazard assessment program is facing a new line of criticism. Some Republicans in the House of Representatives are now saying that EPA may be manipulating scientific assessments of the hazards of chemicals to sway pollution regulations.

At an Oct. 6 hearing of the House Energy & Commerce Subcommittee on Environment & the Economy, GOP lawmakers said they were probing whether EPA’s scientific assessments of chemicals’ hazards are skewed to lead to tighter regulations. After the hearing, Republicans issued a statement saying the hearing was held “to examine the underlying bias present in the program and the impact of science manipulation on jobs and the economy.”

“There is no doubt providing such high-quality science-based assessment is critical to EPA’s mission,” subcommittee Chairman John M. Shimkus (R-Ill.) said at the hearing. The issue, he said, is whether EPA chemical hazard assessments “have begun to develop to support specific policy objectives.” The hearing was one of two held this month that attacked EPA’s science (see page 34).

EPA’s hazard assessments of chemicals are based on testing of laboratory animals and, if available, studies of people exposed to a substance. When finalized, these peer-reviewed documents include the agency’s scientific judgments on the safe level of human exposure to particular chemicals. The assessments themselves don’t establish environmental standards. However, regulators at EPA and in states use the information in the documents to set pollution cleanup levels and other enforceable rules. Thus polluters’ liability hinges in part on the outcome of the agency’s scientific assessments.

The scientific credibility of this EPA program has been under fire for several years, in part because some key assessments take years to decades to complete (C&EN, Aug. 1, page 31). The agency is currently implementing recommendations made earlier this year by the National Research Council to improve the program, called the Integrated Risk Information System (IRIS) (C&EN, July 18, page 10).

At the hearing, panel member Rep. William Cassidy (R-La.) suggested that questions about IRIS’s credibility have political roots. “The concern is that policy is manipulating the process of science to achieve advocacy as opposed to achieving truth,” Cassidy said.

Toxicologist Harvey J. Clewell III told the panel that IRIS has a bias toward assuming that no dose of a carcinogen is safe and that exposure is directly proportional to cancer risk. The American Chemistry Council, a chemical industry trade group, has similarly criticized some of EPA’s hazard assessments.

Clewell is the director of the Center for Human Health Assessment at the Hamner Institutes for Health Sciences. The independent research group was formerly the Chemical Industry Institute of Toxicology. Clewell said the views he expressed in his testimony are his own.

There is evidence that some carcinogens do not cause cancer below a certain threshold of exposure, Clewell noted. When such data exist for a chemical, EPA should provide cancer risk estimates derived from this threshold approach, as well as separate estimates based on the no-safe-dose assumption, he said.

“They don’t demonstrate a balanced presentation of the different alternatives that are being discussed in the scientific community,” Clewell said of EPA staff members who compile chemical assessments.

Cassidy replied to Clewell, saying, “That is either suggesting incompetence or it’s suggesting the pursuit of a political agenda.”

“Absolutely not incompetence, they’re very competent people,” Clewell replied. “I believe that they are public health professionals who are very concerned about public health and want to make sure they are conservative. In trying to make sure that the protection is provided, they may not provide complete descriptions of” alternative approaches.

“That is a patronizing approach to the use of truth in science,” Cassidy stated.

Another witness at the hearing, Michael Honeycutt, chief toxicologist at the Texas Commission on Environmental Quality, alleged that in recent years, EPA’s chemical assessments have become increasingly based on precaution rather than on science. “The heart of the matter is that EPA is moving toward the philosophy that there is no safe level of exposure to a chemical,” Honeycutt said.

The Texas environmental commission is now developing its own chemical assessments instead of relying on EPA’s “because of the lack of scientific defensibility and the implications” of the federal agency’s conclusions, Honeycutt said.

Shimkus asked another witness, Thomas A. Burke, an associate dean at Johns Hopkins Bloomberg School of Public Health, about the trade-offs between delaying EPA’s chemical assessments and ensuring the scientific robustness of the documents. Burke, a former New Jersey environmental regulator, chaired a National Academies panel that issued a 2009 report on improving risk analysis at EPA.

“We owe it to the American public, we owe it to the scientific community to use the data appropriately and to synthesize the scientific information to inform decisions,” Burke said. “It would be better to do it right rather than to destroy the credibility of the process.” Burke added that in emergency situations, policymakers sometimes have to make decisions about controlling exposure to chemicals when they do not have complete hazard information.

But serious problems arise when EPA’s chemical assessments get delayed, warned David C. Trimble, director of natural resources and environment at the Government Accountability Office, the investigative arm of Congress. GAO has repeatedly faulted EPA for taking years to decades to finish some assessments. For instance, the agency is still not finished with its reassessment of the most potent form of dioxin after more than 20 years of work.

When assessments get stalled, “everything comes to a screeching halt” because decisionmakers have no basic scientific information for their regulatory choices such as cleanup levels, Trimble said at the hearing. “Everyone’s left hanging.”

Paul T. Anastas, EPA assistant administrator for research and development, told the subcommittee that delays of chemical assessments could have a negative effect on public health.

Plus, Trimble said, when completion of chemical assessments is postponed, the analyses often become obsolete in the face of scientific developments. Although there may be exceptional circumstances when an assessment may get put on hold until the results of a study are completed, most delays lead to “wasteful reworking” by EPA, he added.

Later, after Anastas had testified and left the hearing room, Cassidy said, “The idea that Dr. Anastas said that with green chemistry, they know the actual effect every chemical compound is going to have upon skin, respiratory system, digestive system, et cetera, seems to me like the epitome of an intellectual kind of hubris.” Cassidy added, “There is also the presumption that you make everything inert, and I’m not sure you can make life inert.” ◾