Diplomats grapple with inability of U.S. and Russia to meet 2012 destruction deadline 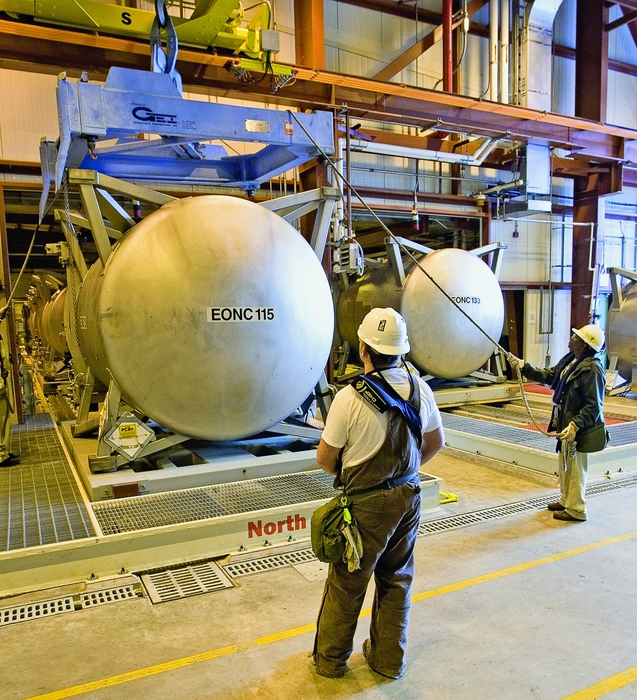 The U.S. and Russia have reaffirmed their pledge to eliminate, as soon as possible, the world’s two largest stockpiles of chemical warfare agents. But both countries have also acknowledged that they will not be able to meet a fast-approaching treaty-imposed requirement for eradicating their arsenals of the Cold War-era weapons.

◾ The direct or indirect transfer of chemical weapons.

◾ Chemical weapons use or military preparation for use.

◾ Assisting, encouraging, or inducing other states to engage in CWC-prohibited activity.

◾ The use of riot control agents “as a method of warfare.”

The Chemical Weapons Convention (CWC), a multilateral disarmament accord, sets an April 29, 2012, deadline for the complete destruction of global chemical weapons stockpiles. However, Russia says it will not be able to eliminate its chemical arsenal until 2015, while the U.S. has said it will not complete disarmament operations until 2021 because of construction delays and community resistance at disposal facilities.

Russia has destroyed about 22,000 metric tons of chemical warfare agents—55% of the 40,000-metric-ton stockpile it assumed responsibility for from the former Soviet Union. The U.S. has eliminated 25,000 metric tons, or about 90% of its arsenal, which approached 29,000 metric tons when the CWC entered into force in 1997.

Overall, nearly 70% of the slightly more than 71,000 metric tons of declared chemical weapons around the world have been destroyed. Albania, India, and South Korea have completed the elimination of their stockpiles. But a large quantity of Japanese chemical munitions abandoned in China after World War II is in the early stage of disposal. And Libya and Iraq still have caches that must be destroyed.

The 188 nations that have renounced chemical weapons and joined the CWC are holding their annual conference this week in The Hague, the Netherlands, next door to the headquarters of the Organisation for the Prohibition of Chemical Weapons (OPCW), the international body that monitors adherence to the treaty.

The signatories will try to find a solution to the missed destruction deadline in a manner that “preserves the credibility and integrity of the CWC regime,” according to OPCW Director General Ahmet Üzümcü.

In an address last month to the United Nations General Assembly, Üzümcü said the U.S. and Russia are making progress but acknowledged that both nations would fail to meet the 2012 deadline for eliminating all of their chemical warfare materials. “Significant technical, financial, and safety hurdles and challenges have been the cause of the delay,” he explained.

But Üzümcü noted that the two countries in early October reaffirmed their strong commitment to the CWC and their obligation to carry out its requirements.

“We reaffirm our commitment to finish the job as quickly as possible in accordance with national and treaty requirements that ensure the safety of people and the protection of the environment,” Clinton said.

The U.S. has eliminated chemical weapons stockpiles held at five of eight continental military installations, as well as one at the U.S.-owned Johnson Atoll in the Pacific Ocean west of Hawaii. Disposal facilities under construction at military installations at Blue Grass Army Depot, in Kentucky, and in Pueblo, Colo., have had their timetables delayed by political and public opposition to the incineration process.

Russia is also doing its part to rid the world of chemical weapons, according to the Russian Ministry of Foreign Affairs. “We will continue to put maximum effort into the fulfillment of this labor-intensive and technically complex task in as short time as possible,” Sergey Lavrov, Russia’s minister of foreign affairs, said in a statement on Oct. 3.

At the same time, Lavrov added, there is “still a large amount of work on destruction of remaining chemical weapons arsenals ahead of us, and for that purpose we are continuing to increase the capacity of existing destruction facilities ... and search for additional resources.” Russia has built six chemical weapons destruction plants across the country.

The American and Russian statements of support for the CWC were issued, at least in part, to counter criticism by Iran, one of the 41 members of OPCW’s policy-making executive council. Iran has repeatedly slammed the U.S. and Russia for their inability to meet the 2012 destruction deadline.

At an executive council meeting in The Hague last month, Kazem Gharib Abadi, Iran’s envoy to OPCW, urged the organization to impose sanctions against the two countries for their “noncompliance” and to send the matter to the UN for possible further punitive action.

“Given the fact that the U.S. and Russia, as major owners of chemical weapons, have officially declared that they cannot eradicate their chemical weapons within the specified deadline, this organization should inform the UN Security Council and the General Assembly of their case,” Gharib Abadi said.

CWC member nations could strip the U.S. and Russia of their voting rights within the organization or even ask them to resign. But that’s highly unlikely, said Paul F. Walker, director of the Security & Sustainability Program at Global Green USA, an environmental organization.

“I don’t think anyone is talking about punitive measures,” Walker told C&EN. “Iran, it appears, is interested in trying to embarrass the Americans, and indirectly the Russians, in any sort of public forum. And that has been the case now for several years,” he explained.

To justify its position, Iran points out that thousands of its citizens were exposed to chemical weapons during the eight-year war with Iraq in the 1980s and claims that at least 100,000 are still living with severe respiratory problems and other serious health conditions.

Iran is “really a lone wolf in this fight” to force sanctions on the U.S. and Russia, Walker said. There is widespread recognition that Moscow and Washington, D.C., are working “very hard to destroy their stockpiles in a safe, environmentally sound way,” he remarked. Eliminating the weapons has proven to be a much more complex, time-consuming, and expensive task than negotiators realized when they were hammering out the treaty, Walker added.

“We have encouraged OPCW to bring larger delegations to site visits in both Russia and the U.S. to let people see the enormity of the projects and better understand the burden of these commitments,” Walker noted. “It shouldn’t be surprising at all that it has taken this long.”

Over the past year, CWC delegations have been working with Peter Goosen, the South African chairman of the OPCW executive council, to come up with a diplomatic solution in the form of a policy statement. In his October address to the UN, Üzümcü signaled that the council would not seek to penalize Russia or the U.S.

“The gist of the emerging approach,” the OPCW ambassador stated, “is to enable the two possessor states to complete their destruction programs while they, on their part, agree to implement an enhanced package of transparency and confidence-building measures.”

The policy statement will not use the terms “noncompliance” or “illegal violation,” nor will it refer the matter to the UN, said Walker, who is familiar with the draft text. “What it will say is that both Russia and the U.S. have to be responsible, accountable, and transparent.”

The statement, he said, is likely to call for continued on-site inspections of weapons disposal sites by OPCW to verify ongoing destruction, as well as annual high-level OPCW visits to both countries to confirm that “they remain fully committed and are doing all they can to expeditiously eliminate the remaining weapons in a safe and efficient manner.”

Iranian opposition could prevent the conference from adopting a consensus policy statement. But in the long run, Walker said, it’s not going to make any difference for the demilitarization programs in either the U.S. or Russia. “They are both moving forward pretty well,” he said. “The key is we don’t want to hurt OPCW in this extremely important historic treaty eliminating a whole class of weapons of mass destruction. In the end, I just hope that nobody damages the treaty in any serious way.”

At the conference, CWC member nations are also expected to discuss the disclosure by Libya’s new leaders that the recently toppled Moammar Gadhafi regime had kept a secret cache of chemical arms.

In 2004, Gadhafi tried to restore relations with Western governments by agreeing to dismantle all of his chemical weapons. Libya declared that it had 25 metric tons of mustard blister agent and 1,400 metric tons of precursor chemicals. It also declared more than 3,500 unloaded munitions designed for use with chemical warfare agents and three chemical weapons production facilities.

When the rebellion against Gadhafi began in February 2011, OPCW inspectors had verified that the country had destroyed 55% of its mustard blister agent and 40% of the precursor chemicals. But on Nov. 1, Libya’s interim government reported the discovery of two previously undeclared chemical weapons storage sites.

“In accordance with the convention, Libya will provide OPCW with a new declaration in the very near future,” OPCW said in a Nov. 4 statement. The organization added that it will work with the Libyan authorities “to verify and destroy any newly declared stocks.”

OPCW also said a team of inspectors determined that none of Gadhafi’s known chemical arsenal was disturbed during the civil war. “The inspectors also took further measures to ensure the integrity of the stockpiles until destruction operations can resume under OPCW verification,” OPCW said.