In the wake of a lab accident, Texas Tech professors discuss the fine line between appropriate lab supervision and micromanagement 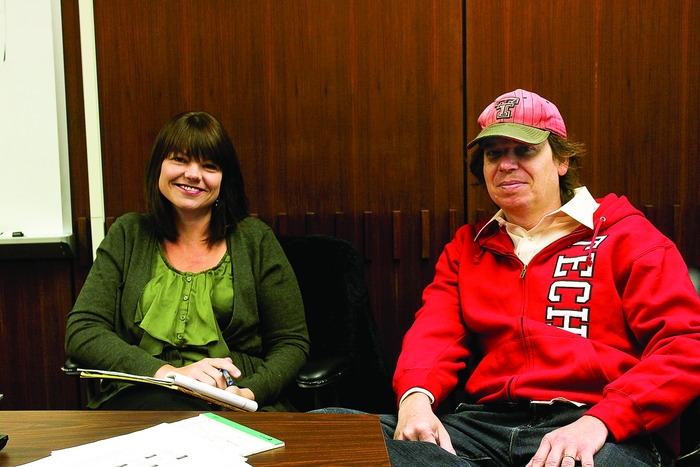 An explosion in a Texas Tech University laboratory last year resulted in a chemistry graduate student losing three fingers on one hand and injuring his eyes. The incident was one of several in recent years that have put a spotlight on lab safety; it also resulted in an investigation by the federal Chemical Safety & Hazard Investigation Board (C&EN, Oct. 24, page 25). The explosion and its aftermath led the project’s principal investigators, Texas Tech chemistry professor Louisa J. Hope-Weeks and her spouse, chemical engineering professor Brandon L. Weeks, to find ways to more closely supervise and document their interactions with their lab groups.

“After the accident, what became clear to me was that oral communication with students was never enough to ensure they understood” what they were supposed to do or not do, Hope-Weeks says. Now, both Hope-Weeks and Weeks require anyone working in their labs to discuss experiments with their adviser and then write protocols for what they will do. Having a literature protocol in hand is not enough, though: Students must rewrite it in their own words. They must also write their own instrument-use protocols rather than referring to a lab document. The professors review the protocols before work can proceed in the lab.

Having students write the protocols themselves helps to ensure that they have thought about and understand what they’re to do, the professors say. The protocols have also flagged some training problems. For example, according to one procedure Hope-Weeks read recently, the student would use a cannula to transfer 30 mL of an air-sensitive material. When queried about that part, the student confessed not knowing how to do it. The student will have to set up the equipment and practice with a solvent before proceeding with the experiment.

As she reads the documents, Hope-Weeks also tries to be conscious of the line between appropriate oversight and allowing her students room to learn in the lab. If she reads a protocol that says a reaction will reflux for two hours and she thinks it will need 24, she’ll let the student proceed as long as there’s not a safety concern. “As long as it’s not unsafe, I’ll let them try it their way,” she says. “I think that’s the only way they can learn.”

Aside from helping ensure that students know what they’re doing, the protocol approach also documents communication between adviser and ­advisee. Additionally, Weeks and Hope-Weeks now take minutes of their group meetings. “Often that’s where we communicate with our students and give them advice on reactions, data they should collect, or ways to adjust experiments. Or they get advice from other ­students,” Hope-Weeks says. “We record all this so there can be no question of what we talked about.” The minutes are available to students if they want to review what was said.

Both professors make sure they visit their labs to check up on things in person, including reading lab notebooks. They try to make the visits random, but their ability to do that is limited. “Students aren’t stupid,” Weeks says. They know when he arrives or leaves for the day, or when he’s teaching class.

And members of both labs now have to sign a contract agreeing to follow the lab rules and report any unsafe practices or unauthorized workers in the lab. The penalty for not following the rules is dismissal from the lab, a punishment that makes Weeks somewhat uncomfortable. “I don’t know that that’s the best way to deal with safety,” he says, noting that the threat of dismissal may encourage people to hide things. At the same time, Weeks doesn’t know of a better way to promote safe laboratory behavior. He’d like to see more of a dialogue in the academic community about positive ways to encourage safe conduct.

Trying to walk the line between appropriate supervision and micromanagement of their lab members is tough, both professors say. On the one hand, the people working in the labs are all adults, and “there has to be some trust in the lab because you can’t be in there all the time,” Weeks says. He notes that trust is not just a safety issue; faculty also have to trust that students aren’t fabricating data, for example.

On the other hand, Hope-Weeks adds, “if you think you’re providing enough vigilance and oversight, double it, because it is amazing what students will do when your back is turned.”

Lab Safety
I thought it would never happen to me
Safety
University leaders must take responsibility for lab safety, report says
Safety
University leaders should be responsible for lab safety, report says
Share X
To send an e-mail to multiple recipients, separate e-mail addresses with a comma, semicolon, or both.
Title: Louisa Hope-Weeks and Brandon Weeks
Author: Jyllian Kemsley
Chemical & Engineering News will not share your email address with any other person or company.