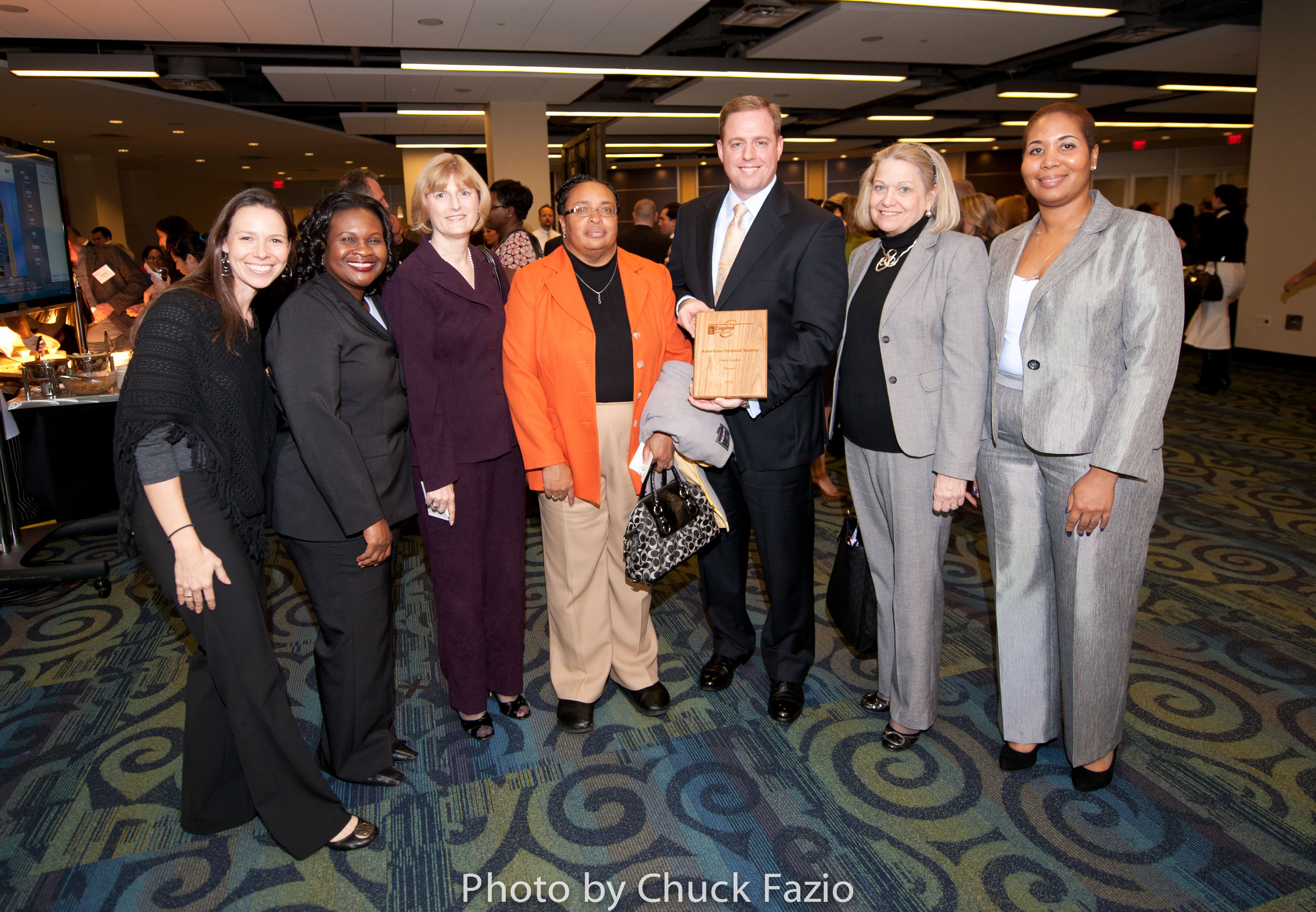 The American Chemical Society received a 2011 Green Leader Award from the Capital Chapter of the Professional Convention Management Association (PCMA). The award was presented at the chapter’s awards ceremony held at the Washington Hilton hotel on Nov. 9.

The Green Leader Award recognizes Washington, D.C.-area meeting planners and suppliers that have been committed to green practices for several years and have measurably reduced their environmental impact, saved staff time and resources, and contributed to improving the meetings industry and the communities they serve, according to documents provided by the PCMA Capital Chapter.

“ACS is honored to have been recognized by the PCMA Green Leader Award,” says Alan Hutchins, ACS’s director of meetings and operations. In keeping with ACS core values, the meeting and events team has worked to engage, educate, and involve attendees, vendors, and staff in adopting green practices since 2008, he says.

In addition, ACS has recently adopted comprehensive pre-event, on-site, and postevent performance tools that allow it to effectively measure, benchmark, and report its performance on sustainability for worldwide ACS meetings and events, Hutchins says. “Our goal is to establish ACS as the best-in-class example of meeting and event sustainability reporting.”