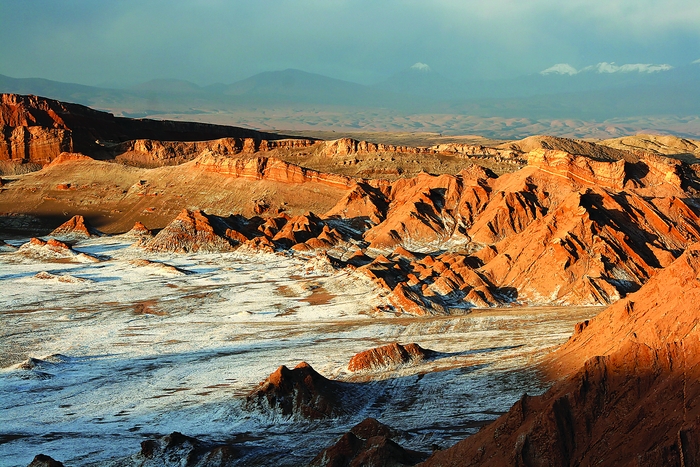 If they had forgotten, buyers of iodine were reminded earlier this year that Japan is one of the major producers of the chemical. World iodine prices more than doubled after the country’s devastating earthquake in March and have yet to come down. 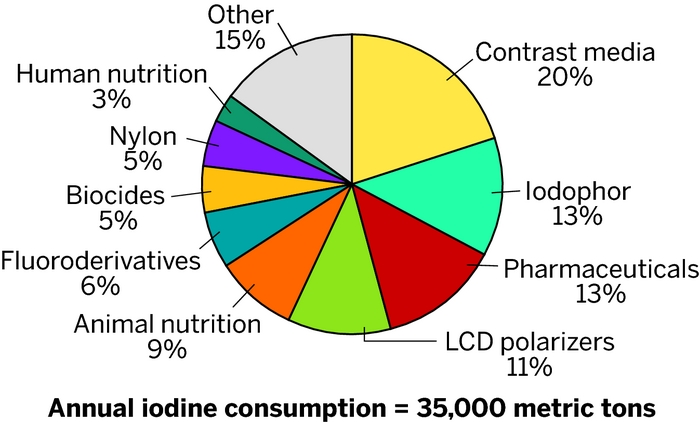 Facilities owned by producers in Japan are now back in operation. But as the situation normalized in Japan, tightness in supply developed in Chile, the world’s top iodine producer. There, the government raided a company that, officials claim, had been illegally extracting water from wells in the Atacama Desert, where the world’s largest iodine reserves are found. From $40 per kg in early March, spot market prices for iodine are now stuck above $100 per kg.

The surge in iodine prices has been particularly hard on manufacturers of X-ray contrast media, who are the biggest users of iodine. “Iodine is a big proportion of costs in contrast media,” says Luis Gomes, vice president of generics at Hovione, a Portuguese producer of active pharmaceutical ingredients. The company produces contrast media at a plant in Taizhou, China.

The iodine price run-up is tough for the contrast media industry, Gomes notes, because “contrast media is a volume business with thin margins.” Contrast agents, popularly known as X-ray dyes, are injected into the human body to improve the contrast in X-ray and CT scan images. The quantity of liquid in each contrast media injection is large, up to 60 mL of active ingredient per dose, Gomes says.

Other than contrast media, iodine has various uses. The earthquake’s damage to Japan’s Fukushima nuclear reactor reminded the public that iodine tablets are used to protect the thyroid gland from the effects of radiation. But widespread concerns about radiation poisoning have had little to do with the surge in iodine prices.

“Two hundred metric tons of iodine would probably be enough to protect everyone in the world against radiation,” says David McNeill, a senior analyst covering iodine at Roskill, a London-based supplier of information about the world’s minerals. World production of iodine last year was 29,000 metric tons, according to the U.S. Geological Survey, compared with consumption of about 35,000 metric tons.

After contrast media, iodine’s other major uses are in iodophors (sanitizers), pharmaceuticals, and liquid-crystal-display polarizers, McNeill explains. “Polarizing films have been the biggest growth area in the past few years,” he notes, thanks to booming demand for flat-screen televisions.

On the supply side of the equation, Japan is the number two iodine producer after Chile, accounting for about a third of world output. Japanese output is centered in the prefecture of Chiba, directly northeast of Tokyo and about 200 miles south of the epicenter of the March 11 earthquake. Although McNeill was unable to obtain confirmation from Japanese producers, he believes it possible that their iodine-rich brine wells and extraction plants may have been unsettled by the magnitude 9.0 tremor.

Japanese companies deny that their facilities suffered long-term damage. On April 5, less than a month after the quake, Japan’s top iodine producer, Ise Chemicals, stated in a press release that all its operations had returned to normal. At Kanto Natural Gas Development Co., Japan’s third-largest producer of iodine, a man in the sales division identifying himself only as Tsu tells C&EN that the quake did damage the company’s extraction equipment but that it recovered within a month.

The earthquake has been a factor in the rising price of iodine, Tsu adds, but the real culprit is a long-term tightness in supply. “Prices had been rising before the quake,” he says. Kanto Gas, he observes, has no excess iodine supply that it can make available to new customers. All of the company’s output is sold to existing customers on a contractual basis. Collectively, Tsu estimates, Kanto Gas and other Japanese producers export about half their iodine output.

In Japan, iodine is a by-product of the production of natural gas, which is extracted from brine deposits a mile or two below ground. Iodine is recovered from the brines by either one of two methods, McNeill says.

In the blowout process, used by most firms, elemental iodine is liberated by reacting chlorine with sodium iodide in the brines. The iodine is blown out of the brine with air and then purified in subsequent reaction steps.

Compared with Japan, Chile enjoys a simpler and cheaper method of iodine production. There, calcium iodate is found in caliche deposits extracted from open pit mines in the Atacama Desert. Applying an alkaline solution to the caliche yields sodium iodate. Iodine is obtained from the sodium iodate by reduction with sulfur dioxide, McNeill explains. “Japanese and other producers use brine associated with natural gas, which means their investment and production costs are much higher than in Chile,” he says.

In 2010, Chile produced 18,000 metric tons of iodine, nearly twice Japan’s output of 9,800 metric tons, according to data from the U.S. Geological Survey. Chile has reserves of 9 million metric tons, three-fifths of the world’s total. But increasing Chilean production is not easy. Recovery of iodine from the caliche requires a considerable amount of water, which is a significant problem in the Atacama Desert.

In September, Chile’s General Water Directorate descended on an iodine mine operated by the Cosayach Group and seized water-pumping equipment, thus shutting down the operation. Aided by officials from other government agencies, water officials removed 20 pumps installed by the company, according to a directorate statement. The directorate notes that the seizure happened after an investigation that lasted two years.

Among buyers of iodine, there is speculation that Cosayach’s pump seizures were orchestrated by SQM, Chile’s dominant iodine producer. SQM alone acounts for 36% of world iodine production. According to industry speculation, SQM could have successfully lobbied Chilean government agencies to shut down Cosayach. Neither Cosayach nor SQM responded to requests for comment by C&EN’s deadline.

Whatever was behind the seizure of Cosayach’s pumps, the net result for iodine consumers is a tightening of supply. The closed Cosayach operation had an annual production capacity of 2,000 metric tons, according to an iodine buyer who asked not to be identified because of his relationship with Cosayach. In a market where consumption already exceeds production, the output will be sorely missed.

Still, for iodine users, the market situation may not be as dire as the surge in spot prices this year indicates. Most of the iodine sold around the world changes hands on the basis of long-term supply contracts. The prices that form the basis of these agreements are rarely revealed to the public but are by definition more stable than the spot price. The spot price is paid by companies that buy iodine infrequently and in relatively small quantities, McNeill says.

By comparison, large producers of contrast media—the largest is GE Healthcare—may require as many as 5,000 metric tons of iodine annually. For them, it is essential to buy on the basis of long-term supply agreements.

The global iodine market is opaque, McNeill says. For example, he notes that it’s difficult to know how much iodine producers maintain in inventory. But prices could well soften in future years. Although polarizers for liquid-crystal displays are the fastest-growing iodine application, they could disappear as a segment in the not-too-distant future. Electronics producers are making rapid progress in developing the technology for light-emitting-diode television sets, which will not require polarizing films.

The supply side of the equation is changing too as producers aim to capitalize on the surge in prices. A few weeks ago, a venture of ACF Minera and Japan’s Toyota Tsusho started up a new iodine facility in northern Chile with a production capacity of 4,000 metric tons that could be expanded to 6,000 metric tons by 2014. For water, the venture has built a 45-mile pipeline, McNeill says. In 2012, SQM and Atacama Minerals each plan to add 2,000 metric tons of capacity, he adds.

The rapid increase in supply and the slowdown in the world economy suggest that iodine users may soon enjoy lower prices. Calm may be returning to a market that normally does not see this much excitement.