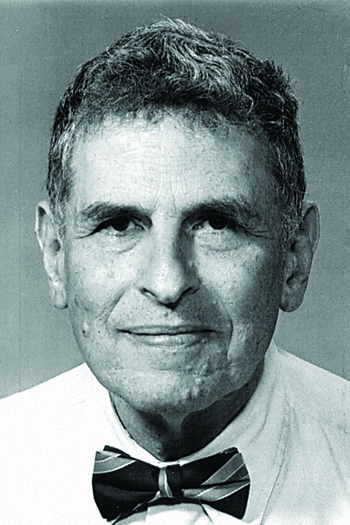 Born in Hollywood, Calif., Gould earned a B.S. from California Institute of Technology in 1946 and a Ph.D. from the University of California, Los Angeles, in 1950.

Gould worked at the Polytechnic Institute of New York from 1950 until 1959, at SRI International from 1959 until 1966, and at San Francisco State University from 1966 until 1967. He then joined Kent State’s chemistry department and was promoted to University Professor in 1982. He taught honors general chemistry until his retirement in August of this year.

In his research, Gould focused on electron-transfer reactions in solution, metal-catalyzed oxidations, long-lived aromatic radicals, and unusual oxidation states. He authored 196 publications throughout his career, including two graduate-level textbooks, “Mechanism and Structure in Organic Chemistry” and “Inorganic Reactions and Structure.” He joined ACS in 1948.

A talented violinist and violist, Gould played chamber music around the U.S. He was also a gifted poet, publishing a number of pocket-sized booklets of poetry and participating in monthly poetry readings at the Wick Poetry Center at Kent State.