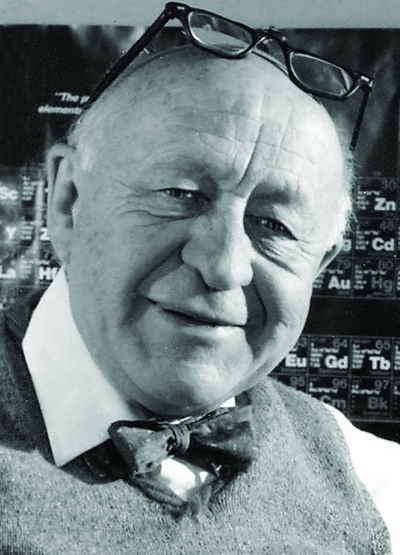 Jay A. Young, 91, a chemical safety expert and consultant, died on Oct. 13 at home in Silver Spring, Md.

He then joined the Asbestos Manufacturing Co. and served as its chief chemist for two years, before joining the Navy and working as an ordnance engineer with the U.S. War Department in Washington, D.C., and on Bikini Atoll. After World War II, he served for many years in the Navy Reserve, retiring at the rank of commander.

Young moved to Silver Spring in 1977 to become a manager of technical publications for the Chemical Manufacturers Association (CMA). He began his consulting career in chemical health and safety in 1980.

Young was an emeritus member of ACS, joining in 1946. He was active in the ACS Division of Chemical Health & Safety (CHAS) and was a consultant to the ACS Committee on Chemical Safety for 17 years. He received CMA’s Award for Excellence in the Teaching of Chemistry and two awards from CHAS: the Tillmanns-Skolnick Award and the Chemical Health & Safety Award. Young was named an ACS Fellow in 2009. He wrote many journal articles and books on chemical safety.

He served in leadership roles with the Boy Scouts of America and enjoyed gardening, metalworking, and woodworking.

Young is survived by his wife, Mary Ann; nine sons; eight daughters; 47 grandchildren; and 27 great-grandchildren. He was predeceased by his first wife, Anne; a son; and a daughter.

People
Marshall Phillips
People
Peter G. Arvan
People
Peter A. S. Smith
Share X
To send an e-mail to multiple recipients, separate e-mail addresses with a comma, semicolon, or both.
Title: Jay A. Young
Author: Susan J. Ainsworth
Chemical & Engineering News will not share your email address with any other person or company.