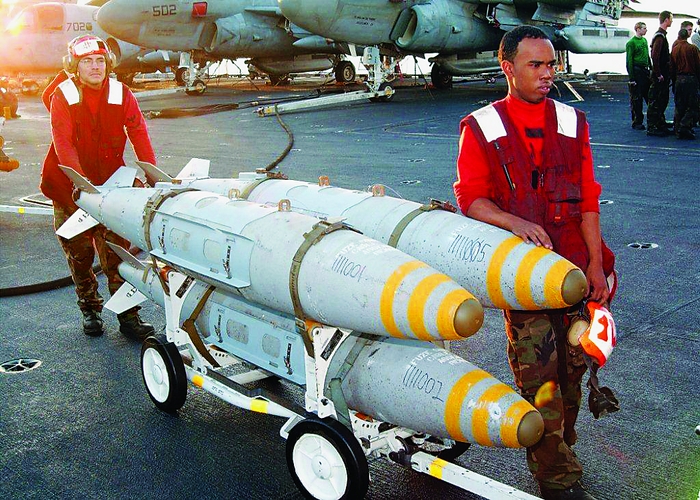 The national attention on the U.S. shortage of many critical materials, especially the rare-earth elements, has focused primarily on their use in electronics and clean energy technology. But these materials are also important to national security, playing key roles in many Department of Defense systems.

How the critical materials’ pinch may affect defense systems is gaining the attention of policymakers and the public. It was the topic of a conference held in Washington, D.C., last month by the National Center for Policy Analysis (NCPA), a bipartisan public research group. The conference included discussions of the importance of rare-earth minerals to national security, as well as addresses by several members of Congress who highlighted pending legislation to change U.S. policies on domestic production of rare earths.

Rare earths include the lanthanide series of elements plus scandium and yttrium. The defense sector has specific applications where rare-earth elements play an important role. A March report from the Congressional Research Service highlighted applications such as aircraft guidance control systems and electric motors, in which neodymium, praseodymium, samarium, dysprosium, and terbium are key; laser targeting and weapons systems, featuring yttrium, europium, and terbium; and military radar, sonar, and chemical detection systems, in which neodymium, yttrium, lanthanum, lutetium, and europium play an integral role.

“It is easier to find a defense system that has rare earths in it than to find one that does not use them,” pointed out Jeffrey A. Green of J. A. Green & Co., a government relations firm specializing in critical materials. “There may not be a huge amount in there, but a little bit equals a lot if the system will not work without it.”

Although the government recognizes that rare-earth compounds and other materials are extremely important to national defense, it is not clear how much of a supply crisis there is likely to be in the near future. To date, the rare-earth metals and oxides needed for U.S. weapons systems and surveillance platforms have been accessible, but that may change. China produces more than 95% of the world’s supply of rare-earth metals and oxides, according to the U.S. Geological Survey (USGS). And the country is seen as using its near monopoly of rare-earth minerals as a foreign policy and political weapon. The U.S. has the second-largest share of Earth’s rare-earth ores, according to USGS data, but it has only one producer of the critical materials. The combination of increasing regulation of mining, a traditionally environmentally unfriendly process, and low-cost products from China decimated the U.S. industry in the 1990s.

“Over the past few years, peoples’ attitudes about the rare-earth supply have changed,” Green said at the conference. Three years ago, Defense Department officials seemed to think there was nothing to worry about, but earlier this year China imposed an embargo on rare earths to Japan and sharply curtailed its rare-earth exports. Subsequent supply shortages and price increases in the U.S. have shaken DOD’s calm, he explained.

A study on rare earths in the defense supply chain by the Government Accountability Office in April 2010 (GAO-10-617R) found that the U.S. no longer had the capacity to produce these materials and, like the rest of the world, is reliant on China for them.

The GAO study led to an internal assessment of the situation by DOD, Green said. This assessment was followed by a study set for release later this month that is expected to acknowledge a pending shortage of these critical materials for national security needs, he noted.

“It seems that program managers and people in uniforms are getting worried about this,” Green told meeting attendees. “It is an important shift in thinking. It is a tremendous acknowledgment by DOD that something is amiss.”

The forthcoming DOD report may acknowledge a pending shortage, but understanding the exact impacts of it are complicated by the fact that the Defense Department doesn’t yet know precisely how much of these materials it uses.

“We are in the process of trying to determine how much rare earths we are using in our weapons platforms,” said Michael Steuer, chief of the U.S. Defense Logistics Agency, which manages DOD supplies and the agency’s stockpiling of materials. “One of the problems is that there is a gap between preparing weapons for military specifications and in identifying the materials that are used.” He said they are literally taking apart equipment to track the materials with which they are made.

Once DOD gets a clear understanding of the level of use of rare earths, one mechanism to handle the potential supply risk is to have the department stockpile the critical materials, something that’s not currently done. But, Steuer said, that is not a simple option as all materials in the DOD stockpile have to be congressionally approved in the department’s reauthorization legislation.

“There is no immediate plan for stockpiling these materials, although a plan could be in the December study,” Steuer said. He noted that language adding rare earths to the stockpile is not included in the defense authorization bill for fiscal 2012. That means it is unlikely that rare earths would be added until 2013 at the earliest.

But stockpiling critical materials won’t contribute to the improvement of the U.S. supply and production of rare earths. This is the goal of several bills introduced in this Congress. The NCPA conference heard presentations from three members of Congress, each of whom has introduced a bill on rare earths.

Sen. Lisa Murkowski (R-Alaska) told conference attendees that the bill she introduced focuses on trying to increase domestic supply by making it easier for mining companies to get operating permits and thus extract the minerals needed to produce rare-earth metals. Her bill, the Critical Materials Policy Act (S. 1113), sets up a system to monitor mineral supplies and requires the government to establish a strategy to ensure that the U.S. has an adequate supply of critical materials for national needs.

One goal of S. 1113 is to ease the permitting process for mining U.S. natural resources, Murkowski stressed. “The federal regulatory system has slowed down mineral exploration in the U.S. and has also slowed down mining operations,” she said at the conference.

Murkowski’s bill does not mandate stockpiling of critical materials, including the rare earths, but she said that this is something the country needs to consider. She cautioned, however, that any new program that increases federal spending would be difficult to get passed in the current Congress.

From the House of Representatives, Mike Coffman (R-Colo.) and Doug Lamborn (R-Colo.) discussed the bills they’ve introduced. Coffman noted that DOD has only recently come around to realizing the national security threat caused by China’s tightening of rare-earth exports. His bill, H.R. 1388, in addition to removing regulatory roadblocks for mining, would require DOD to develop plans for an inventory of rare-earth oxides, magnets, and other materials for national security purposes.

Lamborn echoed Murkowski’s message that the U.S. needs to develop its infrastructure to exploit its natural sources of critical materials. “The lack of exploration has made us more dependent on other nations,” he said. “We need an inventory of these materials so we know what we have and how we can access it better.”

In addition to expediting domestic production of minerals, Lamborn’s bill (H.R. 2011) requires a report from the Department of the Interior on potential U.S. resources and on resetting national policy goals involving rare earths.

Pressure on Congress to take action to address the growing concern over rare earths is expected to increase with the release of DOD’s analysis of defense rare-earth needs later this month. But with the other problems facing Congress involving spending and the deficit, passage of any bill to deal with critical materials is not likely to happen anytime soon.