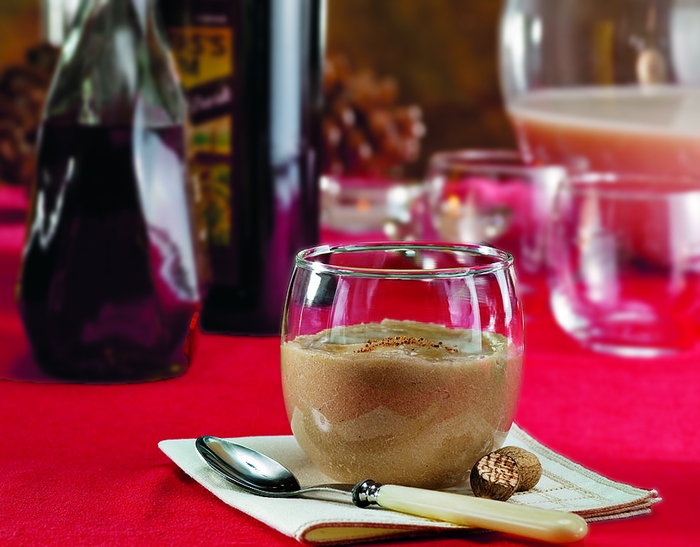 Homemade ice cream for the holidays: It’s the kind of food that evokes innocent fun. This year, however, cooks Valerie Lum and Jenise Addison have made it possible to enjoy a more adult take on the classic treat. They’ve figured out how to spike the cold confection with a generous helping of hooch. They lay out step-by-step recipes for boozy ice cream in their book “Ice Cream Happy Hour,” published by Ulysses Press.

Anyone who’s brought home a pint of rum raisin knows that adding alcohol to ice cream is nothing new. But because alcohol’s freezing point is lower than water’s, there’s a limit to just how much alcohol can be crammed into the ice cream before it quits freezing altogether.

Lum and Addison bend those rules by adding a generous helping of gelatin, a food stabilizer and texturizer, to the mix. In chemistry terms, ice cream is a colloid, made of tiny air bubbles and ice crystals dispersed amid liquid water and a matrix of fat globules. In normal ice cream, milk, which contains natural emulsifiers, is at a large enough concentration that ice cream will form a semisolid on freezing. But changes to those variables require something else to help the process along.

Powdered gelatin is among the easiest stabilizers to work with, Lum says, and it allows a greater quantity of alcohol to harmonize with the mixture. How much greater? “We can fit an entire cup of 80-proof alcohol into 1 qt of ice cream,” Lum says. “It will get you drunk.”

“Ice Cream Happy Hour” contains several holiday-themed creations, including eggnog with brandy and rum, champagne and strawberries, and even mimosa, for that New Years’ Day brunch.

Lum plans to make a few of the book’s recipes over the holidays. Even though her parents don’t drink, she says, they’ve given her a couple of requests. “I might throw in only a couple of tablespoons of alcohol so I don’t bowl them over,” she says. 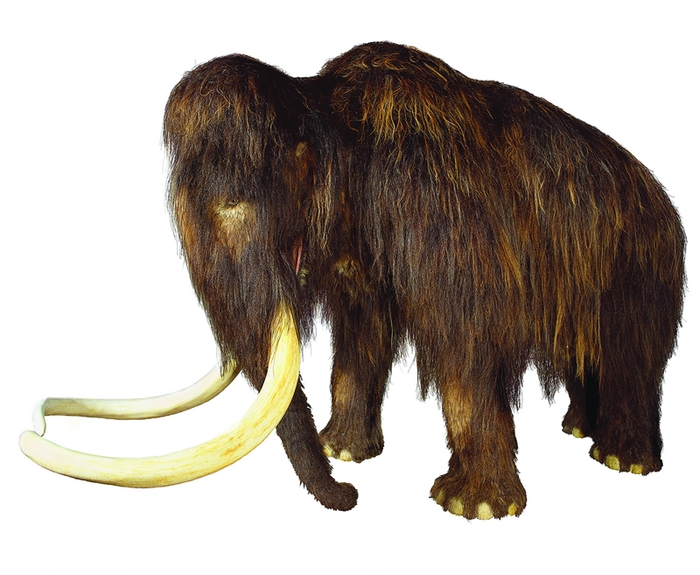 After consuming spiked ice cream this holiday, Newscripts readers might be looking for some amusement. So they might consider plunking down some cash at Irish gambling website PaddyPower.com, where bets are now being taken on when scientists will bring a woolly mammoth out of the evolutionary deep-freeze.

Yes, folks, you can gamble on whether scientists will resurrect an animal that went extinct more than 10,000 years ago. Here’s the backstory: On Dec. 5, scientists in Japan and Russia claimed they found suitable mammoth cloning material—well-preserved bone marrow from a mammoth femur uncovered in Siberian permafrost. The researchers say the plan is to clone the mammoth with a procedure akin to what was used to clone Dolly the sheep in 1996. The cloning hoopla came on the heels of a peer-reviewed report from scientists in Denmark, who identified 126 proteins from a separate mammoth femur, also preserved in Siberian permafrost (C&EN, Dec. 5, page 11).

The website, which also takes bets on who will become the next pope, is clearly a business responding to a demand. Never mind that mammoth DNA is broken up into tiny fragments, making information nigh impossible to obtain, or that animal cloning efforts have an extremely high failure rate. PaddyPower.com simply asks, “When will scientists successfully clone the woolly mammoth?” and offers a range of years. Bold betters might want to try for “2014 or before,” a bet for which the payout is currently at a healthy 8:1.

The real odds for that wager, though, are probably about as good as those of Hollywood making a halfway-decent sequel to “Jurassic Park.”