Activists find both progress and backsliding in disclosure of environmental data 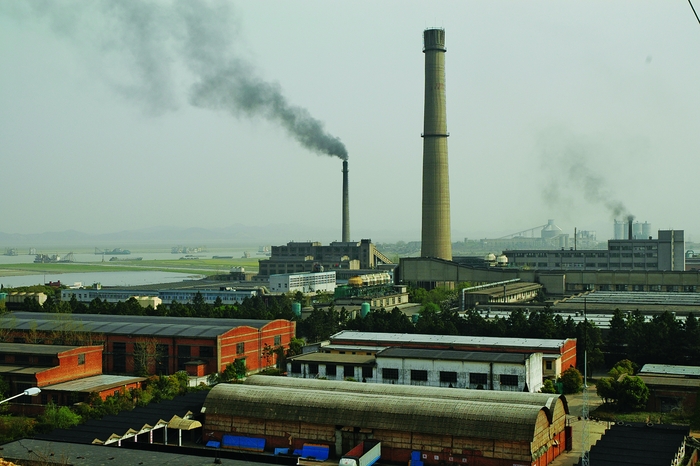 Credit: Jean-François Tremblay/C&EN
This viscose producer is located in Jiujiang, Hubei province in western China, where environmental data are hard to obtain.

Regulations on environmental disclosure adopted by China three years ago have improved the behavior of polluting companies, claims a Beijing-based environmental group. But the new rules are unevenly followed across China, with municipal governments in the eastern part of the country more willing to disclose environmental data than are authorities in the west.

In May 2008, the central government in Beijing adopted two regulations that improve public access to official environmental data. One law was implemented by the State Council, China’s top decision-making body. The other was adopted by the country’s Ministry of Environmental Protection. Among other obligations, cities now have to let citizens see what complaints were filed against companies and what follow-up actions, if any, authorities have taken.

Together, the new rules were a “watershed” for transparency on environmental affairs in China, says Jun Ma, director and founder of the Institute of Public & Environmental Affairs (IPE), a Beijing-based nongovernmental organization. But cities vary in how much access to data they actually provide.

In 2009, Ma’s group developed a pollution information transparency index, or PITI, to monitor the impact of the new rules. They used their methodology to grade 113 Chinese cities on their environmental information disclosure. Earlier this year, working in collaboration with the U.S.-based environmental group Natural Resources Defense Council, IPE published a status report that shows the progress achieved in the past three years.

The PITI rankings are calculated on the basis of eight metrics that measure qualities such as availability of data on corporate environmental violations and access to citizens’ complaints.

The report supplies a mix of good and bad news. A few cities on the coast are making great strides in providing more environmental data to the public, while some cities to the west are actually releasing less data to the public than they did three years ago. On the whole, the report finds, China is still doing a poor job of providing access to environmental information.

Ningbo, in the affluent eastern province of Zhejiang, ranks first in environmental disclosure among the 113 cities reviewed, with a PITI score of 84.0 out of 100. In second place is Shenzhen, an industrial city near Hong Kong. At the bottom of the list are poorer inland cities such as Hohhot and Chifeng. The latter scored a mere 13.2.

Cities in China’s more economically developed east tend to be more open about their environmental data than those in the west, even when their economies, like that of Ningbo, rely heavily on industry. “There is a link between economic development and the level of disclosure,” Ma says. In coming years, he anticipates the gap in environmental information disclosure between eastern and western China will widen even more because western cities seem to be progressing little in making more data available to the public.

Mandated disclosure of environmental data is helping reduce pollution by companies in the cities IPE monitored, according to the report. In 2011, it found, “218 companies provided explanations regarding their pollution issues and the corrective measures that had been taken.” Environmental information disclosure has “already started to push companies to re-think their environmental responsibilities.”

But not enough information is available across China. The average score of the 113 cities reviewed was 40.1 in 2011, a sign that environmental disclosure on the whole remains poor, the report notes. It is likely that many cities do not want to disclose how polluted they have become.

For instance, the city of Zibo in central eastern Shandong province releases less information than it did in 2008. But Zibo is one of China’s largest emitters of sulfur dioxide and nitrogen oxide. There is a clear correlation between the city’s high pollution rate and its poor record of disclosure, the report claims.

According to the Ministry of Environmental Protection, China has budgeted $540 billion in the five years from 2011 to 2015 to improve its environmental performance, notably by reducing emissions of major pollutants by 30 to 40%. But without better access to data, researchers and the Chinese public will have to take the government at its word later this decade when it announces the results of the program.

Pollution
Some Chinese power plants may underreport sulfur dioxide emissions
Environment
An Opening In China
Environment
Pollution In China
Share X
To send an e-mail to multiple recipients, separate e-mail addresses with a comma, semicolon, or both.
Title: Pollution Data Uneven Across China
Author: Jean-François Tremblay
Chemical & Engineering News will not share your email address with any other person or company.