An infusion of funds propels cellulosic sugar start-up toward commercialization 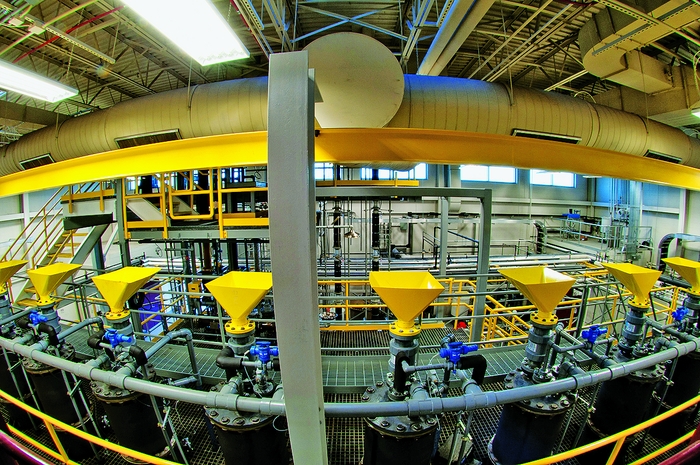 Until its recent announcement that Mississippi authorities had offered it $75 million in loans and $155 million in tax incentives, Virdia had kept a low profile. Then in one fell swoop, the renewable fuels and chemicals start-up revealed that it had raised funding for a semicommercial industrial sugars plant, changed its name from HCL CleanTech, and hired a new chief executive officer.

Funding from the Mississippi Development Authority will go toward building a semicommercial plant that will convert woody biomass into 150,000 tons per year of industrial sugar. The sugar can be fermented into fuels, chemicals, or even nutritional products such as amino acids and vitamins.

Thanks to interest in low-cost biobased materials, the sky is the limit for the industrial sugars market, says Andrew Soare, an analyst with business research firm Lux Research. The cheaper that firms such as Virdia can make industrial sugars, the larger their opportunity will be. The market could be in the hundreds of millions of tons, he says. Other firms competing for that market include BlueFire Renewables, Renmatix, and Weyland BioEthanol, Soare notes.

Engineering for Virdia’s new plant, to be built at an as-yet-undisclosed site in Mississippi, is under way now, says new CEO Philippe Lavielle, who was previously executive vice president of industrial enzyme specialist Genencor. DuPont acquired Genencor and its parent company Danisco in May 2011. Lavielle joined Virdia the following month, replacing Eran Baniel, who remains with the firm as vice president of business development. The new plant could start up as early as 2014, Lavielle says.

Virdia is also planning a commercial-scale plant that will produce 500,000 tons of sugar per year, Lavielle says. But where that plant will be built and when it will open are up in the air, he acknowledges. Such a plant would be as large as a medium-sized paper mill and could produce sugar at about 11 cents per lb, he says.

Virdia’s economics, if they prove out, will come from upgrades to a technology that dates back to the early-20th century. The company uses hydrochloric acid to break down woody biomass in a process originally developed by Nobel Prize-winning German chemist Friedrich Bergius. Germany tried to use the process during World War II but was unable to make it economical. HCL CleanTech started up in 2007 in Tel Aviv, Israel, where scientists had developed a way to cost-effectively recover the HCl used in the process.

Backing from clean technology venture capital funds such as Khosla Ventures and Burrill & Co. brought the firm to the U.S. Its headquarters is now in Redwood City, Calif. Although Virdia continues to do research in Israel, it recently opened a 25,000-sq-ft pilot plant and research operation in Danville, Va., near the Institute for Advanced Learning & Research, a nonprofit institution associated with Virginia Polytechnic Institute & State University.

Eric Bober, a chemical engineer on the biorenewables team of Nexant, a technology consulting firm, says Virdia’s technology is promising, although acid handling and recovery are “demanding issues.” And if the firm’s claim that it can recover up to 97% of the sugar content of biomass holds up, it could have “a hot commodity,” he says. Although Virdia’s process is likely to generate “a relatively clean industrial sugar stream,” Bober says, with the information that is now publicly available, he can’t say how cost-effective the process is.

Lavielle says he’s confident that Virdia will produce clean sugar at low cost. “We believe our system will be more robust than our competitors’. Our process runs at atmospheric pressure and uses less energy than others,” he says. “We use chemical power in our process, not high pressure and high temperature, which is brute force,” Lavielle adds.

He may have been alluding to Renmatix, which uses water heated to supercritical temperatures to solubilize cellulose and separate out the sugar. But the energy intensity of the process hasn’t put off deep-pocketed investors. Renmatix backers include venture capital firm Kleiner Perkins Caufield & Byers and chemical stalwart BASF. Renmatix now operates a demonstration plant in Kennesaw, Ga., and plans to build a commercial plant in the northeastern U.S. beginning in 2012.

As for Virdia’s name change from HCL CleanTech, Lavielle says it was time to rebrand the company and mark a new stage in its development. The name incorporates the Latin words for green (viridis) and day (dies). It’s appropriate, Lavielle says, for a firm with technology that will usher in a “greener tomorrow.”