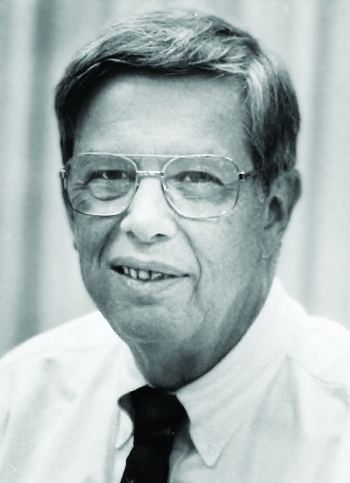 Robert E. Ireland, 82, professor of chemistry emeritus at the University of Virginia, died on Feb. 4 in Sarasota, Fla.

Born in Cincinnati, Ireland received an A.B. degree in chemistry from Amherst College, in Massachusetts, in 1951 and a Ph.D. in chemistry from the University of Wisconsin, Madison, in 1954, under the direction of William S. Johnson. He then spent two years as a National Science Foundation postdoctoral fellow in William G. Young’s group at the University of California, Los Angeles.

Ireland joined the University of Michigan, Ann Arbor, faculty in 1956 and subsequently moved to California Institute of Technology in 1965 to serve as a professor of organic chemistry. He left Caltech in 1985 to become director of the Merrell Dow Research Institute in Strasbourg, France. After a year in that position, he moved to the University of Virginia to serve as chairman of the chemistry department and was selected as its first Thomas Jefferson Professor of Chemistry.

Early in his career, Ireland wrote “Organic Synthesis,” the first-ever textbook on synthetic strategy, which is still widely used. A gifted speaker, Ireland had a reputation for presenting clear and entertaining lectures that illustrated the power of multistage organic synthesis. He was an emeritus member of ACS, joining in 1953.

During his career, Ireland received a Sloan Fellowship as well as the ACS Ernest Guenther Award in the Chemistry of Natural Products in 1977 and the ACS Award for Creative Work in Synthetic Organic Chemistry in 1988. After retiring in 1995, he moved to Sarasota.

He is survived by his wife, Margaret, and sons, Mark and Richard.

Profiles
9 Black chemists you should know about
Obituaries
Obituary: Arthur D. Broom
Obituaries
Obituary: David A. Flanigan
Share X
To send an e-mail to multiple recipients, separate e-mail addresses with a comma, semicolon, or both.
Title: Robert E. Ireland
Author: Susan J. Ainsworth
Chemical & Engineering News will not share your email address with any other person or company.