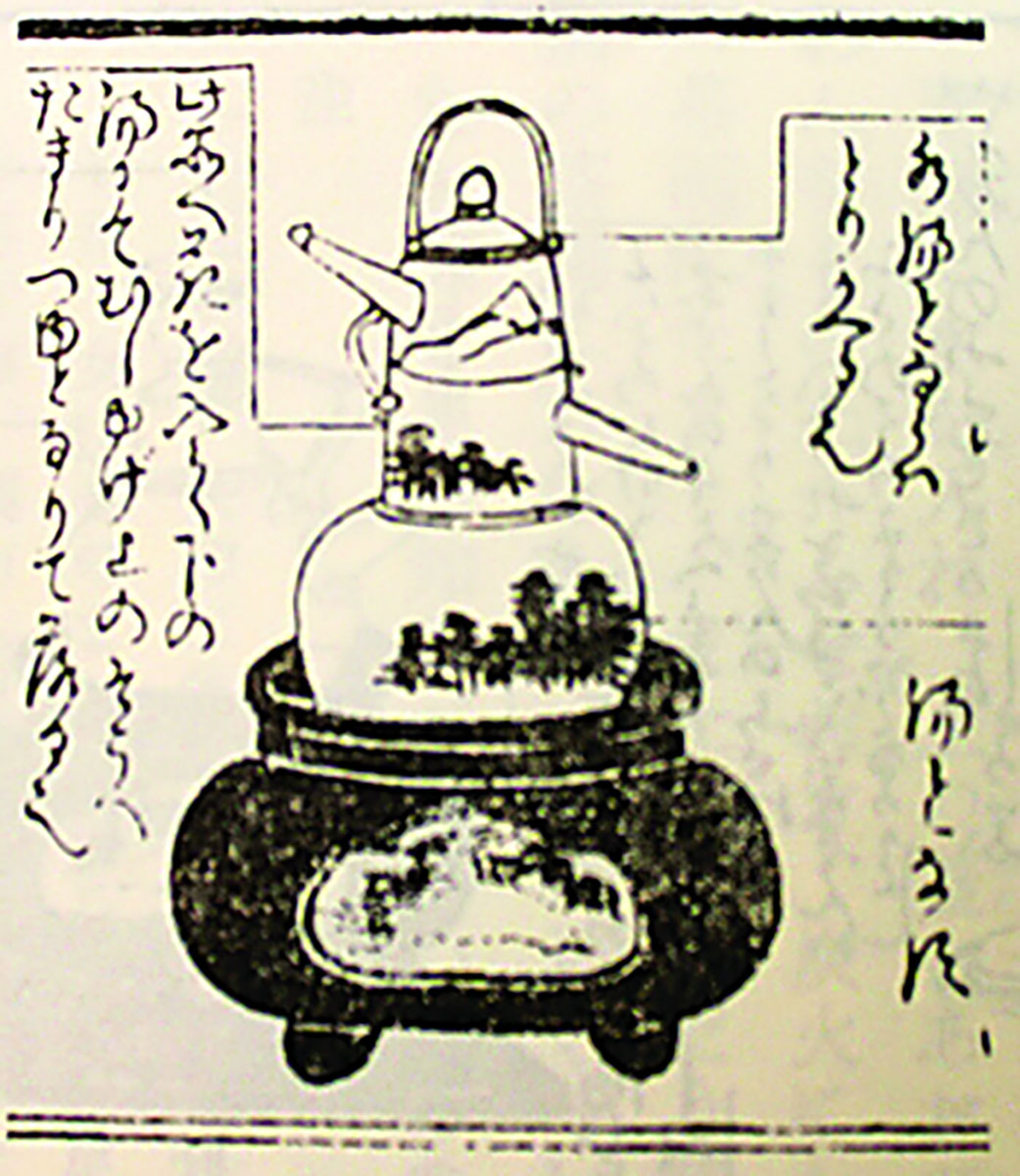 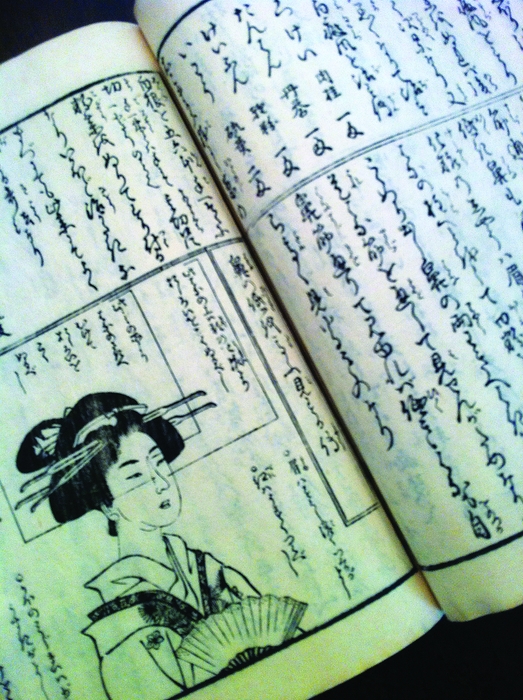 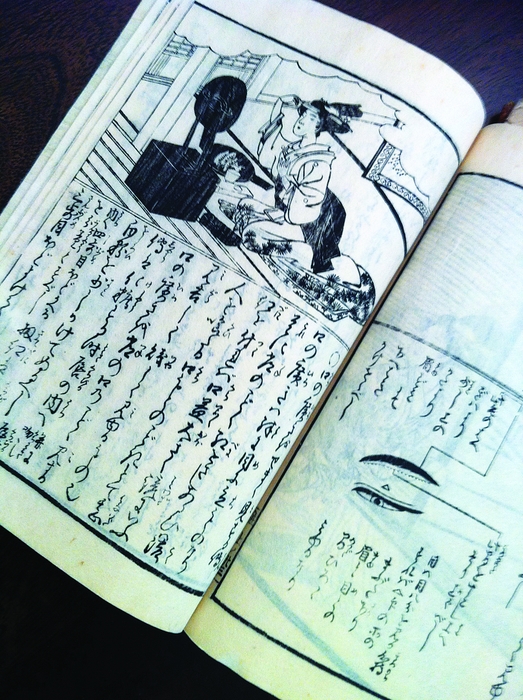 Pages from the 19th-century “Capital Beauty and Style Handbook.”

Japan’s enigmatic geisha have always been more complex than the stereotypes about them might suggest. Just ask Victoria Tsai.

In 2009, the former finance professional turned her longtime fascination with the geisha into her own skin care company, Tatcha. It’s a gig that requires regular rummaging through Japanese archives for inspiration. With the 200-year-old book that’s the muse for Tatcha’s newest products, Tsai has hit the inspiration jackpot. Inside the tome are richly illustrated complexion how-tos, including ones that make use of that most ancient of chemistry rituals: distillation.

During her research on traditional Japanese skin care ingredients, Tsai says, one source came up “over and over again”: a book from the twilight of the country’s Edo period titled “Miyako fūzoku kewaiden,” or roughly, “Capital Beauty and Style Handbook.” The book, a sort of A-to-Z guide for geisha, “is recognized by historians as being among the oldest beauty books in Japan,” Tsai says. “Nobody focuses on what’s actually in it anymore.”

Tsai, who’s also had stints at Procter & Gamble and the personal care watchdog website Good Guide, is out to change that. For most people, geisha beauty lore begins and ends with lead-based white makeup. The infamous product was broadly used by men and women in feudal Japan and has long since been phased out because of toxicity. The handbook is evidence that makeup was just a part of geisha performance art, Tsai argues. Caring for the skin beneath the makeup was just as important.

“One thing you learn from the book is that the Eastern approach to skin beauty on the outside starts from the inside,” Tsai says. The book’s pages, handwritten on a traditional Japanese paper called washi, call for ingredients such as ryokucha (green tea) to be ingested as well as applied to the face, she explains.

A growing trend among scientists and cosmetic marketers is the belief that what someone eats can have an impact on the skin, says Perry Romanowski, an independent cosmetic chemist. “However, it is extremely complicated,” he cautions. “There is absolutely no proof that anyone has figured out a diet that can improve the skin condition of someone who is otherwise perfectly healthy.

“A number of beauty rituals that were done in the past still make sense,” he says, but he recommends sticking to the simplest of them—avoiding excessive sun exposure, keeping skin clean, and moisturizing with oils.

The geisha were familiar with all three of those concepts. And as the handbook shows, they were rather resourceful when it came to extracting oils from the local flora.

Drawn on the pages is what appears to be a multitiered system of teakettles. The apparatus is actually an alembic, a type of alchemical still, says Keiko Ono, a specialist in classical Japanese at the East Asian studies department of Princeton University. According to her translation of a page provided by Tsai, the book instructs readers to place petals of the noibara, a Japanese white rose that blooms in May or June, in the alembic and steam them with hot water from underneath. Atop the petals, a vessel filled with cold water helps condense the extracts, which get caught in a teacup, or in some cases, on a piece of silk, which can then be applied to the skin. “Those were the original face masks,” Tsai quips. Today, a handful of companies use noibara extract in skin care products. Tatcha’s cleanser contains camellia and rice bran oils instead.

The teakettle distillation in the handbook is a classic method for extracting and concentrating volatile constituents of plants, says Kirk R. Gustafson, natural products chemistry group leader at the National Cancer Institute in Frederick, Md. A form of it even showed up in his college organic chemistry lab, he recalls.

Steam distillation would be a very effective way to extract low-molecular-weight plant oils that could moisten the skin, mono- or sesquiterpenes with antioxidant or anti-inflammatory properties, or even low-molecular-weight aldehydes with nice fragrances, Gustafson explains. “Condensing these materials directly on a cloth that was then applied to the face would be a good way to deliver them exactly where you want them. Quite sophisticated for their day!”