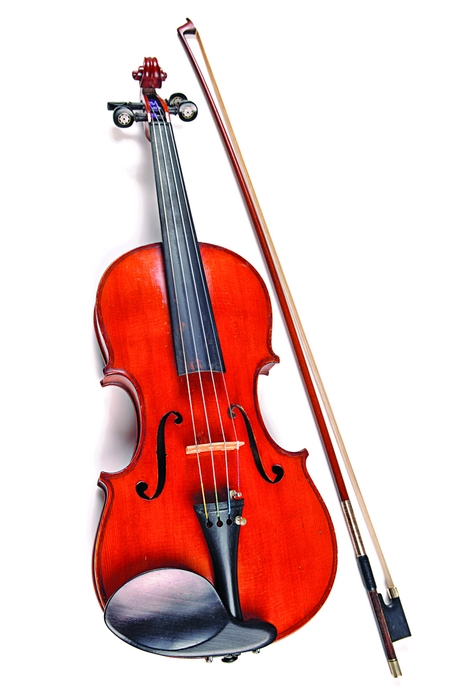 Every coffeehouse or bar worth visiting boasts a bulletin board plastered with notes that say “seeking drummer.” But what if a scientist were behind the ad? That’s similar to the situation composer Steve Everett found himself in when he answered a call from the Center for Chemical Evolution. The center, which takes a chemical approach to studying how life on Earth might have gotten its start, was searching for a professional who might reach new audiences by representing its work in an artistic production.

It was just the project for Everett, who has a background in math and teaches computer music as a professor at Emory University. This March, he premiered “First Life,” a multi­media performance that melds the strains of a string quartet with narration from two center-affiliated scientists, Georgia Tech chemical engineer Martha Grover and Emory chemist David Lynn.

The piece was inspired in part by recent work from Grover, published in collaboration with postdoc Sara I. Walker and center Director Nicholas V. Hud (PLoS ONE, DOI: 10.1371/journal.pone.0034166). The team designed a computer model to explore the very earliest stages of the chemical evolution of life. One of the big themes to emerge from the model, Hud says, is that to end up with the diverse stuff of life, information-carrying polymers must strike a balance between stability and instability.

Several hundred people attended “First Life.” Surveys suggest that the audience was largely white, educated, older, and active followers of the arts. The center’s next goal is to reach beyond those audiences, says Christine C. Conwell, the center’s managing director. “We’re looking forward to seeing how far we can take this.” 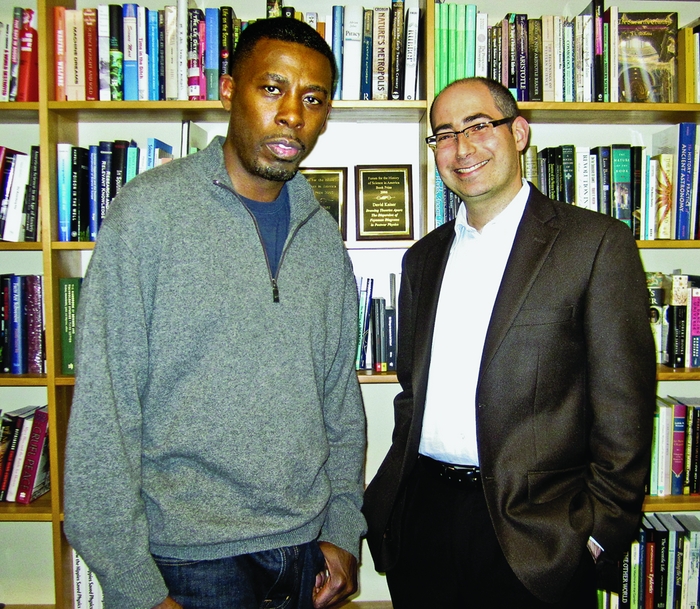 They might consider reaching out to hip-hop icon GZA (pronounced JIZ-ah), a founding member of multi­platinum rap group the Wu-Tang Clan. His next project, an album dubbed “Dark Matter,” is inspired by his long-standing interest in the quantum world and is designed to draw new audiences to science. “I see communicating the wonder of science as part of my life mission at this point,” GZA tells Newscripts.

GZA, aka Gary Grice, is what you might call a Renaissance rapper. His nickname is “The Genius.” He lectures about the global state of hip-hop at Harvard University and MIT, arranging tête-à-têtes with scientists during visits. And he’s known for science-flavored rhymes: “Most rappers don’t know diamonds are minerals, that they’re crystalline, and that’s what gives a diamond its shine. They talk about gold and they don’t even know it’s an element.’’

David Kaiser, a physicist and professor of the history of science at MIT, first met GZA last December. “He had tons of great questions,” Kaiser says. “We talked about some classic paradoxes in quantum theory,” including the concept of Schrödinger’s cat.

Kaiser says he’s not sure if anything they talked about has inspired some verse, but he’s itching to listen to “Dark Matter,” which drops this fall. “To have someone like GZA say it’s cool to think hard about what the universe is made of, how great is that?”

“My conversations with scientists like David will definitely make their way into my lyrics,” GZA says. “But not necessarily literally.”

Get GZA’s take on accuracy of science in entertainment at the Newscripts blog, http://cenm.ag/gza.

Readers needn’t worry about explicit themes when picking up “Dark Matter” for themselves or their kids. As GZA reassured the Wall Street Journal, “The only thing that’s going to be stripped bare is the planets."

Science Communication
Book covers and Disney characters—there’s a periodic table for everything
Periodic Table
How the periodic table changed my life
Education
Ecclesiastical chemistry and preaching proper presentation
Share X
To send an e-mail to multiple recipients, separate e-mail addresses with a comma, semicolon, or both.
Title: A Primordial Composition, A Quantum Rap Album
Author: Carmen Drahl
Chemical & Engineering News will not share your email address with any other person or company.

Comments
SCROB (June 19, 2012 5:51 PM)
Thanks for the article! Great to see GZA do something interesting with Rap, this is why Wu Tang is so unique.
Reply »