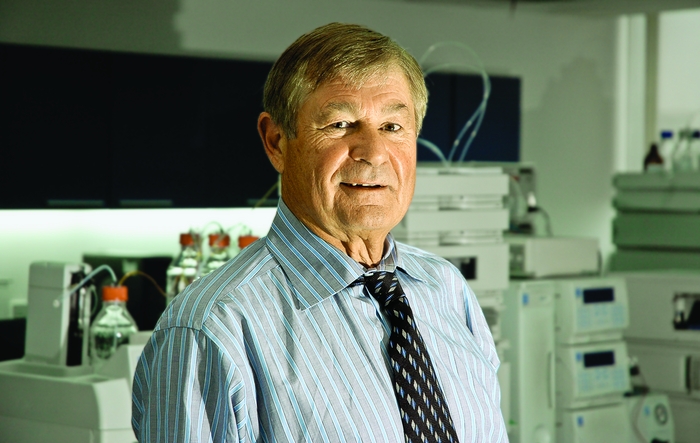 When Peter Werth first traveled to China to explore sourcing active pharmaceutical ingredients (APIs) from the country, everything was difficult. It was 1979, and he needed an internal visa to get on a bus, train, or airplane. Flying seemed unsafe, so he often went on long train journeys. Once at a plant site, Werth found there were no phone lines to the outside world. All business deals had to go through state-owned Sinochem, which held a monopoly on the export trade.

Werth, 73, persevered. An American who had worked at the drug firm Upjohn and at the API manufacturer Ganes Chemicals for a total of 17 years, he saw in China a country that had been producing a variety of APIs for many years and that could potentially supply them to the U.S. under Food & Drug Administration standards. Today, his Connecticut-based company, ChemWerth, holds the exclusive U.S. rights to represent 29 China-based pharmaceutical plants.

ChemWerth, he believes, helps to contain increases in the price of many drugs sold in the U.S. and other countries. Several times in it history, ChemWerth has been the first or one of the first companies to introduce a generic alternative to a drug in the U.S. market.

His first product from China was the injectable antibiotic lincomycin. Before ChemWerth got involved, Werth recalls, the only suppliers of lincomycin were Upjohn, from a plant in Kalamazoo, Mich., and Sinochem, through its agreement with Chinese firms. Werth managed in 1986 to get lincomycin from a Chinese factory without going through Sinochem. “It was hard work to break the cartel, but it gave me the money and the impetus to do more products from China,” he says. “We still sell lincomycin today.”

Werth went on to succeed in introducing Chinese-made drug ingredients to the U.S. by focusing on the injectables market. “If I had offered an oral product, there would probably have been six competitors: probably two Italians, two Germans, one Spanish, and one American. The chance of the Chinese being picked would be zero.”

In contrast, there was much less competition in injectables, and buyers of injectable drug ingredients held fewer preconceived ideas about China. “The injectable customers are more focused on quality and reliability, not reputation,” he says.

In the early days, Werth would comply with FDA standards by creating a segregated area within a Chinese supplier’s manufacturing site that lived up to enhanced operating procedures. Back then, he says, it was possible to do so because FDA did not inspect entire factories but rather focused on the production, analytical, and quality assurance systems for individual APIs.

Nowadays, working with Chinese-made pharmaceutical chemicals is more involved. Following the 2008 heparin scandal (C&EN, Feb. 25, 2008, page 8), both FDA and Western customers are more vigilant. Several of the 22 people Werth employs in Shanghai are responsible for overseeing how a drug is made, packaged, stored, and transported.He has hired and posted in Shanghai a former FDA investigator and a former third-party auditor familiar with FDA compliance problems.

Despite these added expenses, going through a middleman like ChemWerth is cost-effective compared with buying directly from a Chinese company, Werth believes. Over the years, he explains, ChemWerth has developed a system in which it costs between $150,000 and $250,000 to get a factory to manufacture a drug ingredient in compliance with FDA standards. This includes identifying marketable APIs, creating standard operating procedures for manufacturing, conducting analytical assessment of quality, filing regulatory documents in the U.S., and training the Chinese workforce.

Werth estimates that most buyers of APIs would end up spending $400,000 to $500,000 if they “went direct” and built up their own Chinese supplier to acceptable standards. “Somebody who doesn’t do it all the time like we do—it costs more and it takes longer,” he argues. Chinese companies that sell directly to U.S.-based buyers incur significant market entry expenses, he adds.

ChemWerth is far from being the only player that exports Chinese APIs. Many wholesalers buy in China, and multinational companies have set up their own purchasing groups. But even in this crowded field, Werth expects to continue selecting and developing for export 10 generic pharmaceutical ingredients annually.

One trend that will emerge in coming years, he foresees, is a more dominant role worldwide for Indian suppliers of generic pharmaceuticals in finished-dosage form. Indian companies, he says, will both sell drugs under their own names and supply them to multinational drug firms. As this trend takes shape, ChemWerth will increasingly target Indian companies as buyers of Chinese-made APIs.

Despite his years of experience, Werth is uncertain about what his firm can contribute when it comes to the generic drug market in China. “We know people to partner with that we know well and trust, but we don’t know how to partner with them for the Chinese market,” he acknowledges.

Ironically for a company that specializes in ingredients for generic drugs, ChemWerth’s main Chinese gambit is cooperating with local partners to develop an innovative drug that would be sold in China. Patented drugs are not Werth’s core business, but they are important to his partners. “They want new chemical entities in China,” he says.