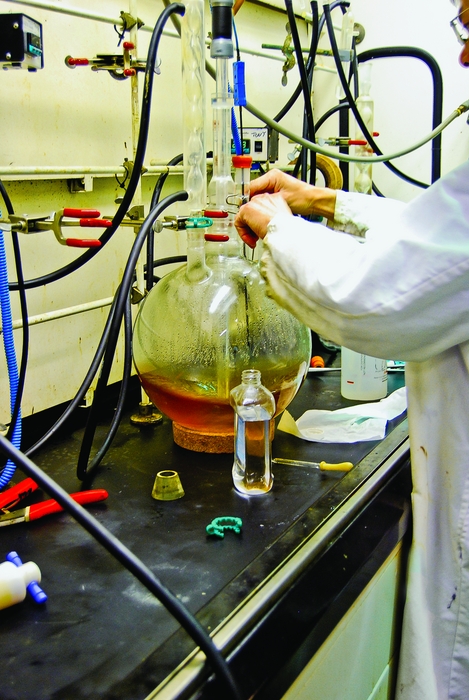 Until the case of small fine chemicals maker Frontier Scientific emerged a month ago, only large chemical companies such as DuPont and Dow Chemical had publicly claimed to be victims of employees who stole intellectual property and sent it to overseas competitors. Like the bigger firms, Frontier is now taking advantage of a 16-year-old federal law to prosecute its case. 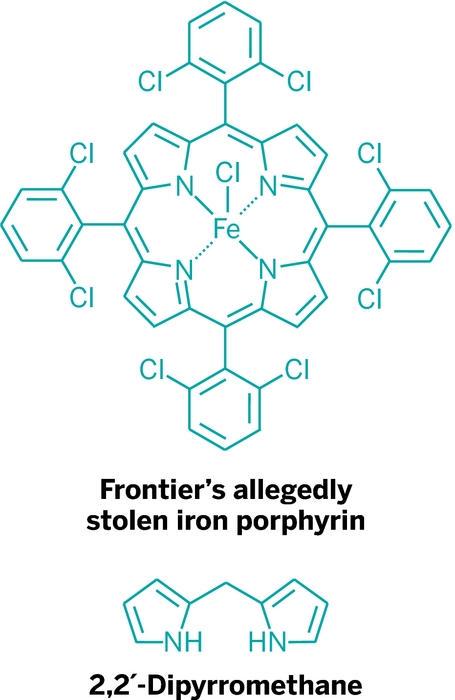 Frontier, a Logan, Utah-based supplier of boronic acids and porphyrins, says it discovered at the end of October 2011 that an employee had sent the synthetic protocols for two of its proprietary compounds to a would-be challenger in India. The privately held firm, which employs about 100 people including affiliated buisinesses, immediately called in the Federal Bureau of Investigation. In early November, the U.S. Attorney’s Office for the District of Utah filed a complaint against Prabhu Mohapatra, 42, an organic chemist who had worked at the firm for two years. The charge: theft of intellectual property (C&EN, Dec. 5, 2011, page 20).

By early December, a federal grand jury had indicted Mohapatra, a native of India, on two counts of theft of trade secrets and two counts of computer fraud. He pleaded not guilty. According to the U.S. Attorney’s Office, Mohapatra is now “free on standard conditions of release, surrendered his passport, and was ordered not to travel outside of Utah” until his trial begins on Feb. 13.

Mohapatra’s attorney, Parker Douglas of the District of Utah Federal Public Defender’s Office, tells C&EN that he expects the trial to be postponed to allow prosecuting attorneys more time to gather evidence. “As is often the case with complaints,” court documents filed against Mohapatra make it appear that the scientist is culpable, even though he is not, Douglas says. Evidence exonerating Mohapatra will come out in trial, he adds. According to the U.S. Attorney’s Office, Mohapatra faces 10 years in prison and a fine of $250,000 on the trade secret charges, and five years and a $250,000 fine on the computer fraud charges if convicted.

“Industrial espionage is a growing problem among U.S. companies recognized as innovators,” says W. Tim Miller, Frontier’s chief executive officer. “Others would like to take our ideas.” Miller says he thought his firm had sufficient security measures in place to safeguard its intellectual property from prying eyes.

Bigger firms also have seen their security measures breached. In October 2010, DuPont scientist Hong Meng was sentenced to 14 months in jail for stealing organic light-emitting diode technology from DuPont. He planned to use the technology to set up a television factory in China (C&EN, Nov. 1, 2010, page 10).

Dow researcher Kexue Huang admitted he sent information on the biosynthesis of spinosyn insecticide to researchers in China with the goal of setting up a competing manufacturing operation (C&EN, Sept. 26, 2011, page 7). Huang was sentenced to seven years and three months in jail at the end of December.

In both cases, Dow and DuPont took advantage of a federal law, the Economic Espionage Act of 1996, to bring federal prosecutors in on the case. The act makes it a federal crime to misappropriate trade secrets for the benefit of a foreign entity. The law can be used by smaller firms as well, Frontier’s Miller says.

“We’re not very large and don’t have the deep pockets of big chemical companies,” he explains, especially when it comes to pursuing a case beyond U.S. borders. But the law makes it clear to others that there will be consequences if they steal ideas from U.S. firms, he says.

As at the larger companies, Frontier requires employees to sign confidentiality agreements when they start work. Mohapatra signed such an agreement when he joined Frontier in October 2009. The scientist’s profile on the business networking website LinkedIn shows that he came to Frontier with a Ph.D. in organic synthesis from Delhi University and had worked as a research scientist at India-based pharmaceutical maker Ranbaxy Laboratories.

According to the complaint filed in Utah Federal District Court, in October 2011 a coworker witnessed Mohapatra call up the syntheses for 2,2´-dipyrromethane and Fe(III) meso-tetra [o-dichlorophenyl] porphine chloride on his company desktop computer and mail them through his personal e-mail account. Miller says the former compound is an intermediate for a drug now undergoing clinical studies, and the latter is a conductive compound in development for use in solar panels and batteries.

After the coworker reported her observations to her superiors, the firm’s information technology manager reviewed the hard drive in Mohapatra’s computer and discovered he had e-mailed those two formulas as well as two others to the president of Medchemblox, a planned Indian fine chemicals company. The complaint identifies Medchemblox’ president as an official with Dr. Silviu Pharmachem, an India-based company specializing in porphyrins and porphyrin building-block compounds.

The review also turned up an e-mail from the president of Medchemblox. It told Mohapatra that the information he provided would enable Medchemblox to make a six-month supply of the iron porphyrin complex for a competitor of Frontier’s based in Germany.

On Oct. 26, Frontier placed Mohapatra on administrative leave and revoked his access to company computers. The complaint notes that Mohapatra subsequently admitted to Frontier officials that he had a stake in Medchemblox, as did his brother-in-law.

Mohapatra also sent an e-mail to Frontier’s chief operating officer in which he wrote, “I realize I may have done something wrong. … Even if you lay off me [sic] or put me in jail I will not do anything to hurt FSI. I will keep out all together for myself of Frontier’s business.” Frontier fired Mohapatra on Nov. 1.

According to Miller, Frontier has an internal security system that mandates rigorous data isolation and requires, for instance, the use of multiple passwords and user-names. “We were surprised this happened,” he says.

Miller witnessed the damage that industrial espionage can do when he acquired another company last year. In addition to Frontier Scientific, he also manages Frontier Scientific Services, which he formed in September 2011 to acquire ASDI, a Newark, Del.-based compound library management and analytical services firm, in a bankruptcy auction.

ASDI went bankrupt not because it was unprofitable but because several ASDI employees misappropriated trade secrets from another fine chemicals firm where they had been employed. According to an April 2010 judgment issued by the Court of Chancery of the State of Delaware, ASDI and the former employees of Charles Beard Research & Development used their knowledge to steal a $22 million contract to supply Pfizer with custom compounds. The judge awarded Beard Research $5 million in damages.

The complaint against Mohapatra has now heightened Miller’s concern for security, he says. His contact with the FBI since the end of October has made him further aware of a number of threats faced by companies large and small.

Electronic items such as smartphones and pen drives should be barred or very tightly controlled in the lab, Miller says. “Companies need to be aware that smartphones can take very good quality pictures of computer screens. They can easily send the photos wirelessly and instantly, and they are almost untraceable.”

Miller says he plans to share Frontier’s experiences with other companies in Utah through training seminars the FBI is planning for the spring. “Companies across the country need to pay attention to security,” he says. “It’s not just big companies being targeted but small ones too.”