Senior chemists, global challenges, and petitions are on the agenda for the fall ACS national meeting in Philadelphia 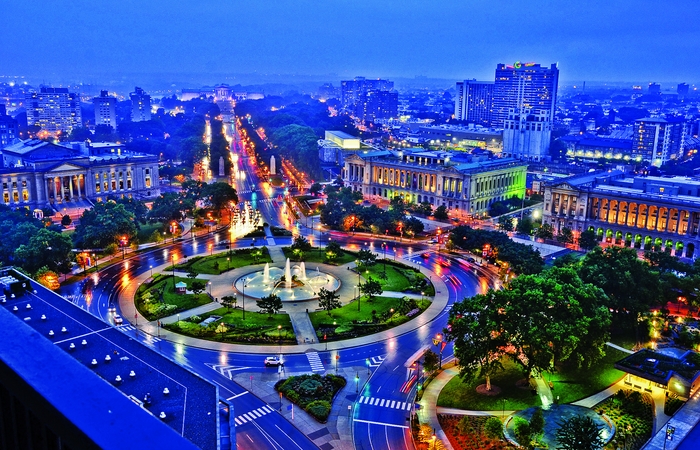 When the American Chemical Society Council meets later this month in Philadelphia, it will vote on two petitions as well as a distribution formula for local section funding, a proposed realignment of electoral districts, and the fate of three committees. The council will also elect ACS committee members and discuss the society’s role in addressing global challenges.

That discussion will explore the actions that ACS should undertake to help alleviate global challenges, including the crisis in availability of water suitable for drinking, agriculture, and industry.

The council will weigh a request to form a Committee on Senior Chemists as a joint board-council committee of the society (C&EN, June 25, page 47). The Senior Chemists Task Force has previously requested that the Committee on Committees (ConC) evaluate this proposal. In Philadelphia, ConC will present a motion recommending that council approve the establishment of the committee. Approval requires a simple majority vote by the council and subsequent confirmation by the ACS Board of Directors.

In other business, the council will vote on the “Petition on Candidate Comment in C&EN,” which would amend the ACS bylaws relating to society elections. The change would add the following language to the bylaws: “Other than official position statements provided for in election procedures, [C&EN] shall not publish without charge any written material under the name of a candidate for any position on the Board of Directors, including President-Elect, at any time after May 1 in the year of the election.” Supporters of the petition are concerned that the publication of articles such as ACS Comments by individuals who already hold ACS positions but who are also candidates constitutes an unfair campaign advantage when it occurs close to an election.

The second petition that is up for action by council is the “Petition on International Chemical Sciences Chapters Funds,” which would enable the board of directors to grant funds to a chapter for a specific ACS activity.

A two-thirds vote of the council and subsequent confirmation by the ACS Board of Directors are required to amend the bylaws.

One other petition to amend the society’s bylaws is up for consideration in Philadelphia, but it will not come up for action until the spring 2013 council meeting. The “Petition To Amend National Election Procedures” would shorten the campaign period for candidates for ACS president-elect. It would also charge the Committee on Nominations & Elections (N&E) with proposing two candidates for president-elect, rather than having the council vote on a list of four nominees, as it currently does. The process remains unchanged for candidates to be nominated by petition.

The authors of the petition explain that the “increasing demands of recent campaigns for electing the president-elect of ACS have made it ever more difficult to recruit leaders in the chemical community to accept nomination. The problems are increased substantially by the process used to choose candidates from among nominees, as otherwise potentially excellent candidates are often voted off the ballot because they are not well-known to Councilors. This happens often with those from industry, and even one academic who later went on to receive the Priestley Medal suffered the same fate. Serving many years in ACS governance is not, and should not be, a prerequisite for serving as President-Elect.”

The full text of petitions and associated committee reports are available at www.acs.org/bulletin5 (click on “Petitions”).

At its meeting, the council will vote on a change in the way that ACS allots funds to local sections. The current ACS bylaws include a formula that increases allotments if the Consumer Price Index rises. If this formula remains in place, the total allotment for local sections will soon be greater than the money available to distribute. At the Philadelphia meeting, the Committee on Local Section Activities will ask the council to amend the formula by removing the CPI escalator.

Other business before the council includes a proposal by N&E to shift the Hampton Roads and Western Maryland local sections from District II to District III. The proposed move would raise the member population in District III back above the minimum required by ACS bylaws.

The ACS Council meeting will be held on Wednesday, Aug. 22, in Grand Ballroom A–F at the Philadelphia Marriott Downtown hotel. All ACS members are encouraged to attend the meeting, which starts at 8 AM.