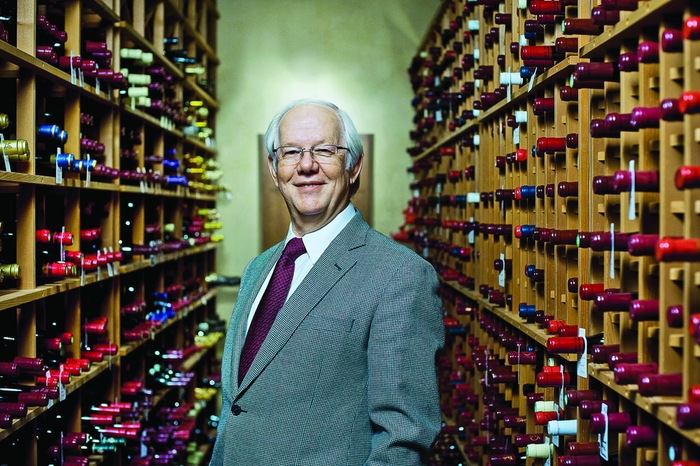 Are you one of the unlucky souls who get a throbbing headache after a glass of wine? Researchers at the University of British Columbia’s Wine Research Centre might have a solution to your problem: They’ve developed a technique to make hypoallergenic vino.

Hendrik J. J. van Vuuren, director of the research center, and collaborators designed a transgenic yeast that bypasses the production of biogenic amines such as histamine and tyramine, compounds bacteria typically generate during fermentation. Van Vuuren claims those molecules are to blame for many people’s allergic reactions to red wines and chardonnay. He estimates that about 30% of people react poorly to the amines, including himself.

Bacteria usually produce these compounds during the second fermentation step in winemaking, when the microbes convert malic acid to lactic acid, Van Vuuren explains. During the first step, yeast produces alcohol and flavor compounds. By taking the malolactic gene from bacteria and inserting it into yeast, van Vuuren and his team succeeded in making the yeast do both steps without producing biogenic amines. It wasn’t easy, he says. The research and testing took 16 years.

The technique has been patented and is currently being used by wineries throughout North America, van Vuuren says. But the approach has been slower to find fans in Europe, where many winemakers are still skeptical of genetically modified yeast, he says.

Newscripts caught up with van Vuuren by phone on a recent evening, when he was quaffing a glass of British Columbia chardonnay. When asked whether he drinks only hypoallergenic wine, van Vuuren says, “I’m very fortunate to have the wine library at UBC,” which has thousands of bottles and is designed for researchers to study the wine-aging process. “In wines 10 years and older, biogenic amines are not that stable,” he says. So if you’re sensitive, you might want to start your own wine collection. 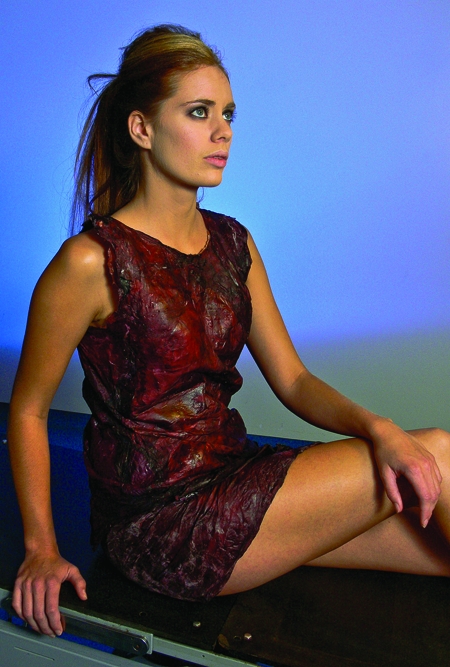 Credit: Ray Scott
Fermented fashion: Skimmed off the top of a wine vat.

Forget hemp and bamboo. The new way to make a splash in sustainable fashion is by wearing wine. Gary Cass, a researcher at the University of Western Australia, and artist Donna Franklin are making dress fabric by fermenting cheap Australian wine.

To produce the fabric, called Micro’be’, Cass and Franklin rely on microscopic seamstresses—Acetobacter bacteria that commonly turn wine into vinegar. When the bacteria ferment a vat of wine, they produce cellulose, which floats to the surface like a raft.

The material can then be made into a garment or “formed to fit a wearer like a second skin” when it is still wet, Cass says. Cass and Franklin began the project in 2007 with the goal of changing the way people think about textiles. They champion Micro’be’ as a green material that’s better for the environment than genetically engineered cotton, which is also made of cellulose.

The downside is that Micro’be’ comes with a particular odor: eau de hangover. “Our message to everyone who wears clothes is: Are you willing to wear a garment that is smelly, sticky, and has the beauty of the grotesque if it’s more environmentally friendly?” Cass said in a statement.

Cass and Franklin have also made “fermented fashion” from Guinness beer, but the resulting fabric was more brittle than that made with wine. And, Cass says, “after a while, the Acetobacter did not seem to like the taste of Guinness and stopped producing a material.”