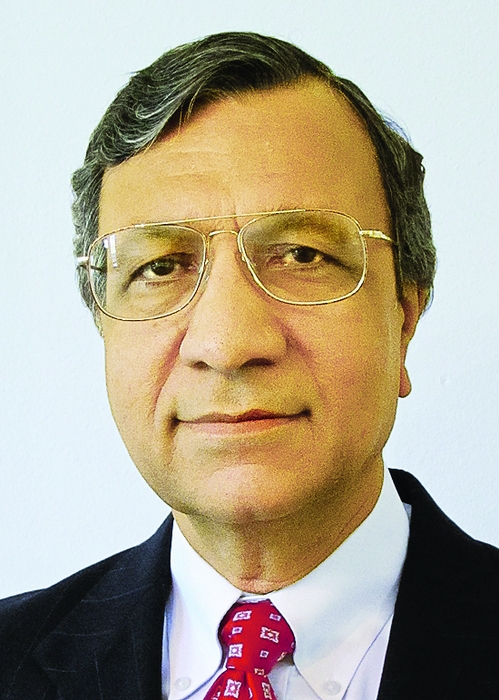 ComSci’s purpose is to focus ACS attention on new and emerging areas in which chemical scientists will play an important role. It does so by identifying new frontiers for chemistry and making recommendations for the field’s advancement, promoting understanding of interdisciplinary challenges and opportunities in the chemical enterprise, examining the scientific basis of public policies related to the chemical sciences, and making recommendations for action related to those policies to the appropriate ACS entities.

Over the past few years, ComSci has advanced a priority Alternative Energy Systems initiative to facilitate research, education, and thoughtful dialogue on a topic critical to chemical science and economic sustainability. This effort focused on four energy areas: hydrogen, solar, nuclear, and biofuels. The committee organized several symposia at national meetings, conducted literature searches, and is currently finalizing summary documents in these four areas. ComSci also worked with the journal Industrial & Engineering Chemistry Research to publish special issues on these topics. One issue was published on nuclear fuels, and a combination issue on hydrogen, solar, and biofuels is planned for publication this fall.

Today ComSci focuses on implementing its 2011–15 strategic plan, which identifies challenges and opportunities for scientific progress and the chemistry enterprise. The plan serves as a blueprint for broadening ComSci’s impact on the professional growth of ACS members and on the development of science for the benefit of society.

The strategic plan—which can be viewed at the committee’s website, www.acs.org/comsci—focuses on four areas: new and emerging frontiers in science, national science policy priorities, science for diplomacy, and recognition and celebration of scientific achievements. These strategic areas are consistent with the society’s mission and involve collaboration with other ACS units.

Entrepreneurship Series. ComSci has organized successful entrepreneurship symposia at the past three ACS national meetings, including sessions on intellectual property protection, start-up financing, and technology commercialization. These forums showcased examples of chemistry-based start-up companies and key ingredients for entrepreneurial success. A third session at the March San Diego meeting featured the first business plan competition to be held at an ACS national meeting. During the open part of this session, entrepreneurs shared information about their new chemical science and technology platforms and start-up company focus. An executive session was then held where entrepreneurs presented their ideas for potential financing and gained constructive feedback on their business plans from angel investors from the San Diego area. A fourth session in this series is set for the national meeting in Philadelphia this month. It will showcase chemical start-ups that are the direct outcomes of university technology transfer.

Emerging Science Frontiers. To identify emerging multidisciplinary frontiers in science where chemistry will play a critical role, a first-of-its-kind Nobel Laureates’ Forum was organized for the San Diego national meeting. This forum attracted more than 120 participants and drew praise from attendees on both the concept and the insights provided by the three Nobel Laureates. The second session on this theme will be the inaugural symposium of Presidential Young Investigator awardees at the national meeting in Philly. By including Nobel Laureates and Presidential Young Investigators, this emerging-frontiers series will feature science visionaries of today and tomorrow. The Nobel forum will be held at each spring ACS national meeting, and the young investigator forum will be held at fall meetings.

To advance ComSci’s science for diplomacy and global collaboration theme, the committee organized a well-received session on alternative energy at the International Union of Pure & Applied Chemistry’s World Chemistry Congress in Puerto Rico in August 2011, which featured internationally recognized scientists in the field. A second effort in this area included a very successful meeting with a delegation of chemists from Iraq at the March ACS national meeting to support and offer advice on their efforts to rejuvenate the Iraqi professional scientific society.

ComSci is also well on its way in planning actions related to other items in its strategic plan. The committee will continue to build on its successful outreach and collaboration with ACS technical divisions, and it encourages collaborations with other ACS units with interest and expertise in the ComSci focus areas.

ComSci invites ACS member ideas, feedback, and involvement in advancing a better dialogue within ACS and the broader science community on these efforts. Only by working together with like-minded members and groups can we make a lasting impact on these important initiatives—on behalf of ACS members and the chemical enterprise. Please send any comments to sadiq@utpa.edu.