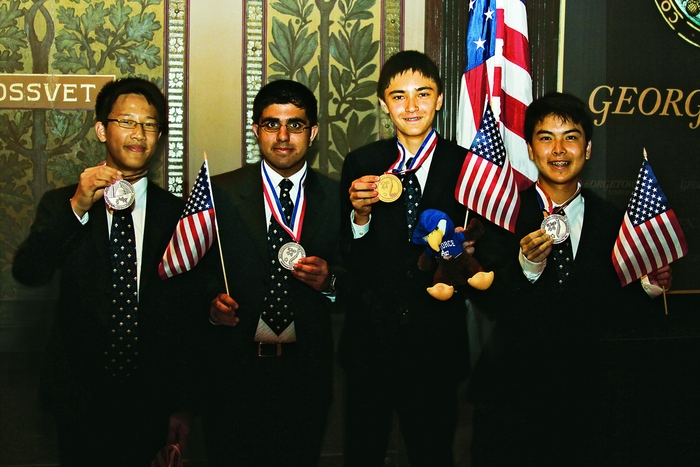 With each of its four participants earning a gold medal, the 44th International Chemistry Olympiad team from South Korea emerged as the top performer in the event, held on July 21–30 at the University of Maryland, College Park. Dow Chemical was the sole sponsor of this year’s competition, and ACS’s Education Division, under Director Mary M. Kirchhoff, provided all planning for the event.

Can You Compete With A Chemistry Olympian?

Competition and Camaraderie at #IChO2012

That’s A Wrap For The 44th International Chemistry Olympiad

In all, 34 gold, 58 silver, and 87 bronze medals were awarded to 283 of the top high school chemistry students from 72 countries. In other highlights, the teams from Chinese Taipei (Taiwan), Russia, and India each earned three gold medals and a silver. China earned two gold and two silver medals. Gold medalist Florian Berger of Germany had the highest individual score.

“This is probably the youngest team the U.S. has ever had,” said head mentor Kelli Slunt, a chemistry professor at the University of Mary Washington. “I’m very pleased with how well they did. They’re very capable, and they’re going to go on to do tremendous things in whatever they choose to do.”

Hillenbrand could hardly contain his enthusiasm. “I feel really, really excited because at first when I took the local test, I never thought I would come this far,” he said of winning a gold medal. “It’s like a dream now. I’m in the middle of a dream, and I can’t wake up.”

“I feel proud to be a representative of the U.S., and I hope that we represented our nation well,” Chand said. “I’m extraordinarily happy that all of us succeeded in this olympiad, especially Chris. He’s remarkably intelligent, he’s brilliant, and most impressive of all, he’s 15.”

Planning for the 45th International Chemistry Olympiad is under way. The competition will take place in Moscow in July 2013.

Profiles
9 Black chemists you should know about
Obituaries
Obituary: Arthur D. Broom
Share X
To send an e-mail to multiple recipients, separate e-mail addresses with a comma, semicolon, or both.
Title: South Korea Tops Chemistry Olympiad
Author: Linda Wang
Chemical & Engineering News will not share your email address with any other person or company.