Atmospheric chemistry: Emissions from trees are key to new pathway

[+]Enlarge
Credit: Juho Aalto/U. Helsinki
An air-sampling tower sits in the forest at the Station for Measuring Forest Ecosystem-Atmosphere Relations II in Finland, where the research took place. 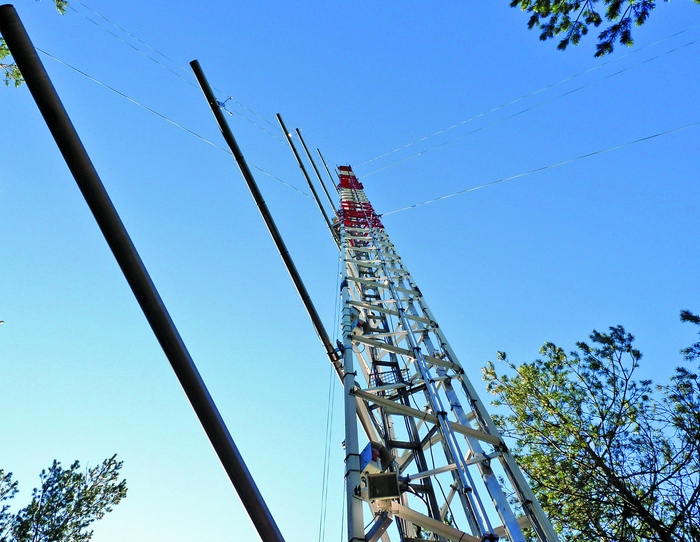 Credit: Juho Aalto/U. Helsinki
An air-sampling tower sits in the forest at the Station for Measuring Forest Ecosystem-Atmosphere Relations II in Finland, where the research took place.

Sulfur dioxide is a common atmospheric pollutant emitted by both volcanos and industrial processes, such as the burning of sulfur-containing coal or oil. In the atmosphere, SO2 is oxidized to sulfuric acid, which in turn seeds aerosol particles. Near Earth’s surface, aerosols harm air quality; higher up, they may seed clouds and reflect or absorb sunlight.

Researchers have long believed that SO2 oxidation proceeded primarily through hydroxyl radical chemistry, but the amount of sulfuric acid produced in the atmosphere was greater than what hydroxyl radicals could produce. In the new study, R. Lee Mauldin III of the University of Helsinki, in Finland, and the University of Colorado, Boulder, and coworkers suggest that carbonyl oxides formed from plant-emitted alkenes can also oxidize SO2.

Incorporating this additional chemical pathway for sulfuric acid formation will help reduce uncertainties in climate models, writes Dwayne Heard of the University of Leeds, in England, in a commentary accompanying the new report. “In calculations predicting regional and global temperature rises caused by human activities, the largest uncertainties are associated with aerosols and clouds,” he writes.

Mauldin’s team observed SO2 oxidation in a forest in Finland even during the evening and night, when hydroxyl radical chemistry doesn’t happen. They also observed SO2 oxidation when they removed hydroxyl radicals from daytime samples. Additional laboratory work showed that SO2 could be oxidized in the presence of ozone and alkenes—and when the researchers placed freshly cut spruce and pine branches near the inlet of their mass spectrometer.

Mauldin and colleagues propose that, in addition to the hydroxyl radical pathway, SO2 gets oxidized by Criegee intermediates. Criegee intermediates are carbonyl oxides with some biradical and some zwitterionic character. They form in the atmosphere when ozone reacts with plant-emitted alkenes, such as limonene and α-pinene. Research published earlier this year demonstrated that the simplest Criegee intermediate, CH2OO, reacts quickly with sulfur dioxide to form sulfuric acid (C&EN, Jan. 16, page 10).