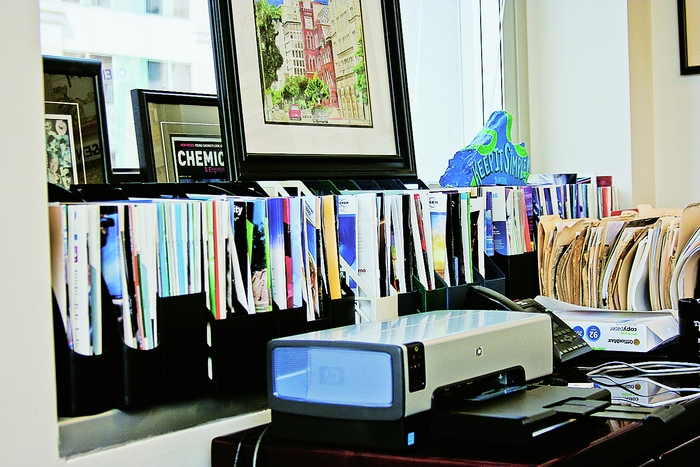 In my perpetually cluttered office, I keep about a decade’s worth of back issues of C&EN arranged chronologically in files lined up on a windowsill. I’ve long since passed the capacity of these files to hold all of the issues of C&EN I’ve worked on, so periodically, I have to empty one file to make room for new issues.

Aug. 6 was my first day back in the office after two weeks of annual leave, and I had to empty a file to accommodate three new issues. It just so happened that the group of back issues to be disposed of included my first as editor-in-chief of C&EN—Jan. 5, 2004. Naturally, I flipped through the issues, which ranged from Nov. 3, 2003, through March 15, 2004. As is so often the case when I look at back issues of C&EN, I am startled by the number of stories that are strikingly similar to ones we are writing today.

For example, the Nov. 10, 2003, cover story by then-senior editor Bette Hileman was on “Drug Counterfeiting: Growing problem threatens nation’s pharmacies.” This week’s cover story by Senior Correspondent Ann Thayer is on “Detecting Counterfeits: Analytical methods help find fake drugs.” What was emerging as a very real problem in 2003 is now the focus of analytical instrumentation companies that are developing portable and easy-to-use technology for use in the field.

“Demand for such instruments is coming from pharma company security staff, health ministries, regulators, and law enforcement agents who want to quickly identify fake drugs before they move into commerce or patient hands,” Thayer reports. “Testing at transit, distribution, and sale locations requires devices that are portable, rugged, and reliable. Ease of use by nonexperts—which means no sample preparation, reagents, or consumables—is important. And nondestructive testing is desired to preserve evidence.”

The Nov. 24, 2003, issue included C&EN’s annual “Employment Outlook” feature. The first story in the package of stories was titled “Slump Continues for Chemists: Unemployment is at a record high, but opportunities exist for the well prepared.” Sound familiar?

In her editorial in that issue, entitled “The More Things Change …,” then-editor-in-chief Madeleine Jacobs wrote: “The job market is as soft today as it was in the early 1970s,” when she began her career at C&EN. “Next year promises to be only marginally better than the past two years for graduating chemists.”

In yet another example, the cover story of the Dec. 15, 2003, issue was on climate change. The story, also by Hileman, was entitled “Climate Change: Arctic’s thin ice signals global warming.” In the story, Hileman pointed out that climate change disproportionately affects the Arctic. On the front page of the Washington Post on Aug. 6, 2012, was a story that focused on how global warming is affecting Alaska’s Inuits. The story reports: “More quickly than any other place in the United States, the Alaskan Arctic is being transformed by global warming. The impacts of climate change are threatening a way of life.”

In the news business, we tend to get very wrapped up in what’s going on day to day and week to week. We are entirely focused on producing next week’s issue, and many of us forget even much of what was in the issue that just came out on Monday. While things change, however, there is a continuity to many of the issues and challenges that face us. I don’t know whether there’s anything profound to be gleaned from that, but it seems worth pointing out.