Madeleine Jacobs One Of 100 Women Leaders In STEM 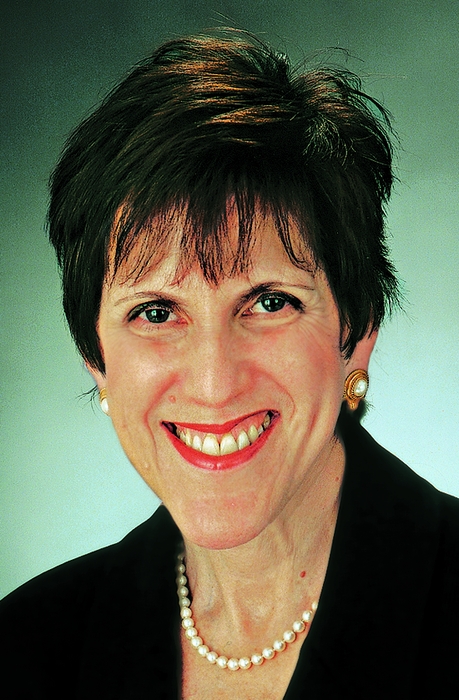 Madeleine Jacobs, executive director and chief executive officer of the American Chemical Society, has been selected as one of “100 Women Leaders in STEM” by STEMconnector, an outreach organization for the science, technology, engineering, and mathematics (STEM) fields.

The list acknowledges the importance of women as role models of STEM leadership, explains Edie Fraser, chief executive officer of STEMconnector, in a profile of the leaders. It is also “a call to action” to support and encourage girls and young women in STEM fields.

The list includes women leaders in government, at nonprofits and foundations, and in industry, such as Ellen J. Kullman, chair of the board and CEO of DuPont, and the late Sally Ride, who died on July 23. Ride was the first American woman in space and headed Sally Ride Science, an educational and outreach organization.

“I am honored and humbled to be included in this list of 100 accomplished women,” Jacobs says. “My hope is that young girls will read our stories and ideas and be inspired to pursue STEM careers.”

Over the past two decades, Jacobs has risen through the ranks at ACS, serving as the managing editor of C&EN from 1993 to 1995, and then as the magazine’s editor-in-chief. In 2004, she became ACS’s executive director and CEO.

The list also includes a past ACS president and presidential science adviser—Mary L. Good, emeritus dean and special assistant to the chancellor of the Center of Innovation for Commercialization at the University of Arkansas, Little Rock. This year, Good was also inducted into U.S. News & World Report’s STEM Leadership Hall of Fame.

In selecting the women, Fraser adds, “it is important to show younger generations the great heights to which they can aspire.”

Announcements of ACS news may be sent to acsnews.cen@acs.org

Career Tips
Zoomed out? Here’s how to manage expectations
Careers
Career Ladder: Joyce Nethery
Postdocs
Postdocs ponder missed opportunities caused by the coronavirus pandemic
Share X
To send an e-mail to multiple recipients, separate e-mail addresses with a comma, semicolon, or both.
Title: Madeleine Jacobs One Of 100 Women Leaders In STEM
Author: Elizabeth K. Wilson
Chemical & Engineering News will not share your email address with any other person or company.