GLYCANS
[+]Enlarge
Credit: NRC
The new report’s cover features a photo of biological cells, in which carbohydrates play roles as important as those of DNA and proteins. 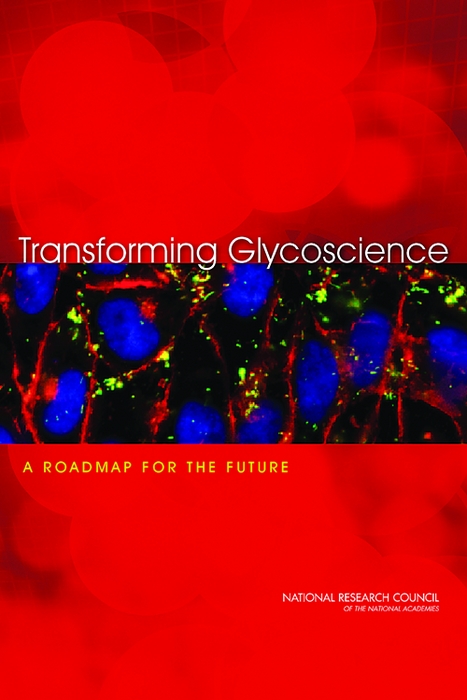 Credit: NRC
The new report’s cover features a photo of biological cells, in which carbohydrates play roles as important as those of DNA and proteins.

Carbohydrates in molecular biology are like dark matter in the universe, according to sialic acid expert Ajit P. Varki of the University of California, San Diego—poorly studied yet crucial to a full understanding of how things actually work.

In the 1970s, carbohydrates, including oligosaccharides (glycans), were on equal footing with DNA and proteins. Since then, the development of rapid synthesis, sequencing, and bioinformatic methods for DNA and proteins has permitted genomics and proteomics to flourish. But the complexity of carbohydrates has kept glycoscience—the study of carbohydrate structure, synthesis, and function—from moving along in step. The field continues to accelerate, but it has lagged behind genomics and proteomics and remains a much smaller scale effort.

Varki is among the authors of a new report that is trying to move glycoscience out of the darkness and into a brighter plane of the research universe. The report, “Transforming Glycoscience: A Roadmap for the Future,” was published last month by the National Research Council (NRC). A two-day symposium at the recent American Chemical Society national meeting in Philadelphia, held in conjunction with release of the report, highlighted the type of glycoscience research its authors are trying to promote. The program was sponsored by the Division of Carbohydrate Chemistry.

“Carbohydrates used to be in the mainstream, and now they’re almost an afterthought,” said chemical glyco­biologist James C. Paulson of Scripps Research Institute, who also served on the report committee and who spoke at the symposium. But you can only take genomics and proteomics so far without also considering sugars, he said. 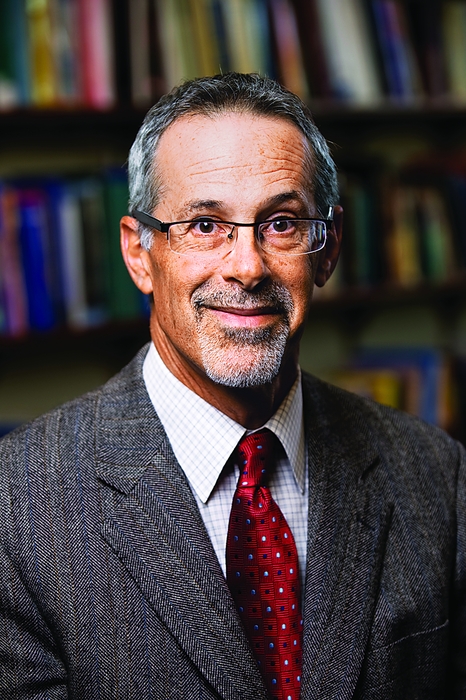 Indeed, an in-depth understanding of the glycome, the totality of an organism’s carbohydrates, is missing from the biological picture that scientists have assembled so far, according to optical sensing arrays specialist David R. Walt of Tufts University, who chaired the committee and discussed the report at the symposium.

“Most mammalian proteins are glyco­sylated,” he told C&EN. “Glycans on these proteins are often the recognition sites for many protein-receptor and cell-cell interactions—think immune system. Unless we understand the glycome, we cannot possibly hope to explain many of the important questions in biology and medicine.”

“Colleagues in other fields have taken the ostrich approach with respect to glycans, mostly because they are difficult to study,” said glycosylation expert Gerald W. Hart of Johns Hopkins University School of Medicine. “Yet we will never fully understand biology by ignoring one of the four major building blocks of life that is involved in practically all aspects of life at the molecular level.”

The report and symposium highlighted the importance of carbohydrates not only in biology but in areas like biofuels and materials science as well. “Glycans are directly involved in the etiology of every human disease, and they are critical to our sustainability on this planet as the only viable alternative to fossil fuels for energy and as a feedstock for materials,” Hart continued. To understand and treat disease and to exploit glycans for fuel and materials, scientists must begin to focus on glycosciences at least at the same level of effort as they have expended on nucleic acids and proteins, he added.

The NRC report specifies a number of subdisciplines of carbohydrate research that should be given high priority in the future. For example, it points out that “carbohydrate synthesis and analysis are critical,” said Geert-Jan Boons of the Complex Carbohydrate Research Center at the University of Georgia, who discussed carbohydrate-based immunomodulators and cancer vaccines at the symposium. The research community as a whole must come up with more efficient methods of synthesizing glycans, better ways of characterizing the complete structures of glycans and glyco­proteins, and improved techniques for isolating and characterizing key glycan-related enzymes, the report states.

Laura L. Kiessling of the University of Wisconsin, Madison, spoke at the ACS symposium on chemical probes of glycan assembly and function. One report recommendation “that is especially relevant for chemistry,” she told C&EN, “is to devise methods to generate glycans and glycoconjugates to understand and study their physiological roles. Obviously, advances in chemical and chemoenzymatic syntheses of oligosaccharides, glycoproteins, and glycolipids have been driving the field, but we need more efficient and more diverse methods. In addition, the means to conjugate these species onto surfaces or other materials for analysis are also required.

“Another exciting opportunity for chemistry is in the development of tools to manipulate and perturb glycan structure, recognition, metabolism, and biosynthesis,” Kiessling added. “I am especially enthusiastic about using small molecules to block protein-carbohydrate interactions or to inhibit or modulate enzymes that mediate carbohydrate biosynthetic pathways in cells or whole organisms. There are some inhibitors out there, but we really have only begun to scratch the surface.” Such compounds could be useful for energy, vaccine, therapeutic, and other applications, she said.

The report also calls for improvements in glycoscience education. “Currently, even the best trained scientists, including many biochemists and chemists, know almost nothing about glycoscience,” Hart said. “This must change if our understanding of biology at the molecular level is to advance.”

Varki added that better glycoscience education has to begin with undergraduates and extend “all the way to currently active senior scientists.”

In bioinformatics, the NRC report calls for creation of a new centralized database of mammalian, plant, and microbial carbohydrates and glycoconjugates that is fully integrated with DNA and protein databases. For example, “all major national protein databases such as Swiss-Prot should include data on attached glycans and their roles in glycoprotein functions,” Hart said.

Report committee members hope that “the report will be used by government agencies to help set funding priorities,” Paulson said, noting that its recommendations have already contributed to the addition of glycoscience to the list of priorities of the National Institutes of Health Common Fund, which coordinates multi-institute biomedical research funding.

In the future, “I expect we should be able to modify a specific glycan on a glyco­protein to understand the effect of that glycan on the structure and function of the glycoprotein, and also to make single glycoproteins with optimal activity” for potential drug applications, said carbohydrate chemist Chi-Huey Wong, president of Academia Sinica, in Taipei, Taiwan, and professor of chemistry at Scripps Research Institute. He also predicted that it will eventually be possible for chemists to synthesize oligosaccharides and glycoconjugates much more quickly and in a more automated manner than is currently possible. “As new glycan markers and enzymes associated with cancer and infectious disease continue to be discovered, new diagnostics for early detection and new medicines, especially vaccines for prevention and treatment, will be developed.

“I expect the report will have a big impact on the field and will attract more scientists to study glycoscience, which will lead to more new discoveries,” Wong continued.

Kiessling also expressed hope that “the report will attract talented and creative young scientists to the field, which would benefit from an infusion of resources and talent.”

The report’s goals are unlikely to be accomplished without the help of scientists outside of the carbohydrate field, Walt noted. “Glycoscientists cannot tackle these big problems by themselves,” he said.

Boons added that the report “makes the point that glycoscience is not a niche area, which it has been regarded to be for a long time. Instead, it is involved in almost everything. If that message comes across, I think the future will be bright.”