SAFE OR NOT?
[+]Enlarge
Credit: Eastman Chemical
Baby bottles made with Tritan. 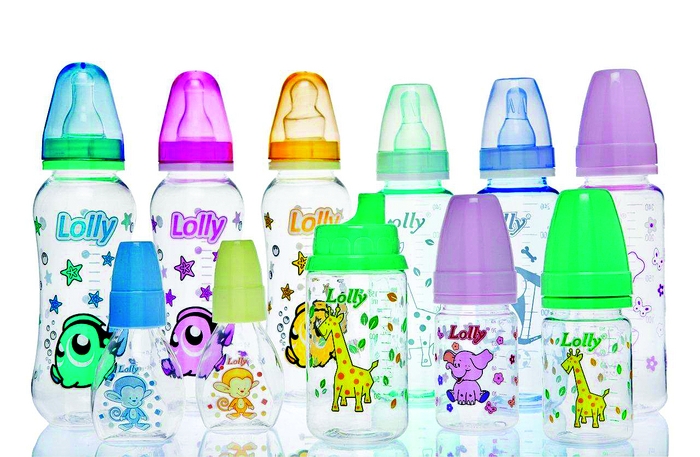 An obscure conflict over a plastic is raising big issues in the field of material safety assessment. Two related Texas-based firms, PlastiPure and CertiChem, are accusing Eastman Chemical of trying to “squelch” science they say shows that Eastman’s Tritan polymer exhibits estrogenic activity. In turn, Eastman charges that the two firms are trying to malign its product for commercial gain.

The controversy hits at one of the selling points of Tritan—that it is free of bisphenol A, an estrogen-disrupting compound. Tritan is a copolymer of dimethyl terephthalate, 1,4-cyclohexanedimethanol, and 2,2,4,4-tetramethyl-1,3-cyclobutanediol. Eastman designed it as a clear, tough, dishwasher-safe polyester that could compete with polycarbonate, which is made with bisphenol A.

Eastman introduced Tritan in 2007, just when the controversy over bisphenol A came to a head and retailers led by Walmart were banning polycarbonate in baby products, such as bottles and sippy cups. Tritan got a lift as a ready replacement, but the claims by PlastiPure and Certi­Chem now pose a challenge to its success.

CertiChem, founded by George Bittner, a professor of neurobiology and pharmacology at the University of Texas, Austin, offers third-party testing of materials to detect estrogenic activity using an MCF-7 cancer-cell-line assay. Chemicals that bind to estrogen receptors in the cells cause them to proliferate. PlastiPure, also founded by Bittner, develops plastic compounds that are free of estrogenic activity, according to this test. PlastiPure’s work has received support from the National Science Foundation and the National Institutes of Health.

In July 2011, researchers from PlastiPure and CertiChem published a study in Environmental Health Perspectives concluding that a number of commercially available plastics leach chemicals with detectable levels of estrogenic activity. The researchers subjected baby bottles and other objects to stressors to simulate real-world conditions such as microwaving, sunlight, and dishwashing. The conditions were achieved with a microwave set on “high,” ultraviolet light, and an autoclave, respectively. The team then conducted the MCF-7 assays on samples.

In January, Eastman filed a lawsuit against PlastiPure and CertiChem in the U.S. District Court in Austin claiming conflict of interest.

“You have two companies here: Certi­Chem, which offers testing services, and then PlastiPure, which claims to be distributing the only estrogenic-activity-free product on the market, which, of course, is certified by Certi­Chem,” says Lucian Boldea, Eastman’s general manager for specialty plastics. In addition, Eastman accuses the companies of politicking against Tritan by disseminating damaging literature and making disparaging statements to its customers.

Eastman also takes aim at the study itself. Two of the stressors used in the study, the UV light and autoclave, are not representative of everyday use, Boldea maintains. “Dishwashers are available; there is no need to duplicate a dishwasher with a scientific piece of equipment,” he says.

Boldea also says PlastiPure is misrepresenting the results of the MCF-7 assay. The test is so sensitive, he says, that it ought to be considered a screening test. “All screening tests are designed to give false positives so they don’t miss anything,” he says. “The other party in this suit is claiming that it is a definitive test.”

Eastman says Tritan has been subjected to third-party testing, none of which detected estrogenic activity. Tritan has gone through quantitative structure-activity relationship computer modeling that predicts the affinity of Tritan’s monomers to bind to estrogen receptors. It has also passed in vitro receptor transactivation assays as well as in vivo uterotrophic and Hershberger assays. Some assays were done after subjecting the samples to 10 days in a dishwasher simulation.

An expert contacted by C&EN, who did not want to be identified, agrees that a material showing estrogenic activity on an MCF-7 test isn’t necessarily toxic. “It doesn’t matter if it is estrogenic or not; what matters is whether it causes harm,” the source says.

But Michael Usey, PlastiPure’s chief executive officer, calls MCF-7 the gold standard of testing for estrogenic activity. Usey doesn’t deny that the test is sensitive. “We compared it to quite a few other tests, and the cell proliferation MCF-7 assay, as implemented by CertiChem, is the most sensitive test that we found,” he says. “If you don’t want to find a problem, then I wouldn’t use a sensitive test.”

PlastiPure works with polyolefins such as polyethylene and polypropylene that turn up estrogenic-activity-free in Certi­Chem’s testing, Usey says. In 2009, it formed a partnership with cycloolefin copolymer maker Topas Advanced Polymers. Plasti­Pure says its testing has found the Topas products to be free of estrogenic activity.

Usey says his company has not identified a cost-effective, estrogenic-activity-free replacement for polycarbonate. He claims he would be working with Tritan if it were estrogenic-activity-free. “Eastman has tried to position PlastiPure and CertiChem as competitors,” he says. “It is not in either of these companies’ best interests that Eastman has a product that has estrogenic activity. We would prefer to have a hard and clear product we could recommend to product manufacturers.”

Usey says Eastman is trying to intimidate PlastiPure and CertiChem through the lawsuit. “Our view on this is that it’s an attempt to take a company that has information that Eastman doesn’t like and to stop them from communicating that.”

The trial is set to begin next year.

Comments
Robert Buntrock (October 9, 2012 2:36 PM)
I think Eastman has valid arguments. The test may not be appropriate. The wavelength of UV light needs to be specified and may not be realistic since shorter wavelengths may not be encountered in household use. Besides, just about any aromatic compound will absorb UV if at a short enough wavelength. Loaded dice in favor of polyolefins. PlastiPure is indeed a competitor and it use of a "captive" test labis akin to arguments by anti-BPA activists that any testing for BPA activity done by commercial labs is automatically suspect and not applicable.
Reply »