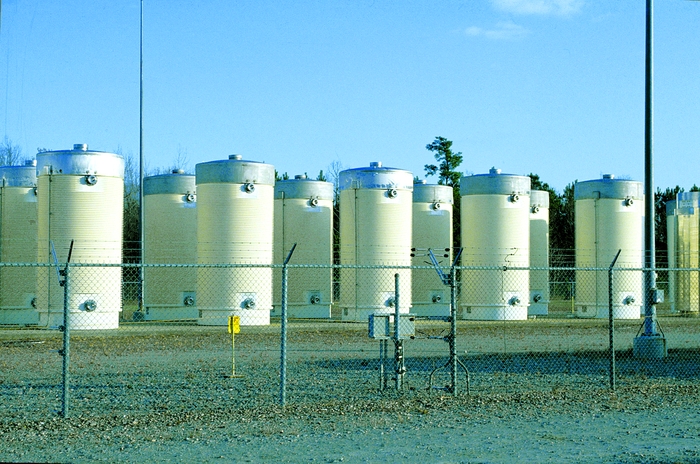 “Nowhere” was how an exasperated Lt. Gen. Brent Scowcroft, chairman of the Blue Ribbon Commission on America’s Nuclear Future, described the status of the U.S.’s search for a place to store spent commercial nuclear fuel and other radioactive waste.

Scowcroft voiced his frustration at a Sept. 18 conference of nuclear energy advocates organized by the Center for Strategic & International Studies, a bipartisan policy research center. He raised nearly identical concerns on Sept. 12 at a Senate Energy & Natural Resources Committee hearing.

Although the blue-ribbon commission had completed its seminal report on nuclear waste in January, Scowcroft noted that action on its recommendations was “nowhere.” The 15-member commission’s report was the fruit of two years of investigation and holds strong recommendations, which were presented to Congress and President Barack Obama at the beginning of the year. The panel was formed by Obama and Energy Secretary Steven Chu when the President canceled work on the Yucca Mountain nuclear waste repository in Nevada. The cancellation angered nuclear energy supporters, particularly those in Congress and industry, who noted that the nation has spent some $12 billion and more than 30 years studying the Nevada site.

But equally important, Obama’s decision to drop Yucca Mountain left the U.S. without a path that could eventually lead to a permanent place to store radioactive waste. The nation’s 104 nuclear power plants have already produced 70,000 metric tons of radioactive waste and will continue to generate about 2,000 metric tons of waste per year in their key role of providing about 20% of the nation’s electricity.

Trying to resolve this dilemma, the commission makes a host of recommendations in its report, including development of a new, open, and consent-based process to select a new permanent waste repository location; formation of one or more centralized storage facilities to consolidate and store waste while a permanent site is found and constructed; and creation of a government corporation separate from the Department of Energy to direct the search process. The commission recommended that this new corporation be given immediate access to a $750 million annual waste fund that is paid for by electricity ratepayers and currently goes into the U.S. Treasury (C&EN, Feb. 13, page 33).

In its report, the commission notes that Congress would have to pass legislation to allow their recommendations to be enacted. The report also urges DOE to provide an analysis to guide congressional implementation. Neither action has taken place, Scowcroft pointedly noted at both the Senate hearing and the conference.

The DOE analysis was to be released by the end of July, Scowcroft said, six months after the commission’s report was finalized. In budget documents, DOE said its July report would evaluate the panel’s recommendations and assess various implementation scenarios for managing spent nuclear fuel and other radioactive waste.

When quizzed about the delay at the Senate hearing, Peter B. Lyons, DOE assistant secretary for nuclear energy, offered only a general response to the panel’s recommendations and was circumspect about when an implementation report would come from DOE.

Scowcroft told C&EN that he believes DOE has completed its analysis but that it is held up within the executive branch. By laying out an implementation plan, he says, DOE would kick off the process of creating a government corporation, similar to the Tennessee Valley Authority, with access to the $750 million in annual funding.

At the Senate hearing, Energy & Natural Resources Committee Chairman Jeff Bingaman Jr. (D-N.M.) described his efforts to draft a bill to codify the commission’s recommendations, Congress’ only effort to enact the commission’s report. He acknowledged that his attempt to gain bipartisan congressional support had failed and that negotiations with Sens. Lisa Murkowski (R-Alaska), Diane Feinstein (D-Calif.), and Lamar Alexander (R-Tenn.) broke down.

“Although we were able to agree on most issues,” Bingaman explained, “we could not reach agreement on the siting process for storage facilities and how to ensure that temporary storage facilities do not become permanent substitutes for an underground repository.”

His bill (S. 3469) is a draft, Bingaman stressed. It’s intended to be a starting point, leaving it to the next Congress to continue work on this issue as Bingaman himself is retiring this year.

The delay is no friend to the nuclear industry. Operating licenses for the first commercial reactors stretch back to the 1950s, and at some point a place must be found to dispose of nuclear waste, rather than continuing to leave the waste right where it was generated. This point was underscored in a June federal court opinion that ordered the Nuclear Regulatory Commission to reexamine a 2010 decision that radioactive waste could continue to be stored at reactor sites.

The impact of the waste impasse is shown in stark terms in a Sept. 14 analysis by the Government Accountability Office. In its report, GAO notes that commercial spent fuel “is one of the most hazardous substances created by humans” and currently about 70,000 metric tons is stored at reactor sites in 33 states. About three-quarters of the tonnage is kept in swimming-pool-like tanks next to reactors, and the rest is in dry steel and concrete storage casks, a preferable storage scenario, according to GAO.

GAO finds that construction of a new central storage or disposal facility is likely to take 15 to 40 years before it is ready to accept spent fuel. Several more decades will be needed to ship spent fuel to that facility, adds GAO. On the other hand, GAO estimates that between 2040 and 2055, all 104 currently operating U.S. reactors will have been shut down and total commercial spent fuel and radioactive waste will have grown to about 140,000 metric tons.

The current solution of packing spent fuel more densely in on-site storage pools won’t be viable much longer because the pools are running out of space. Space constraints are compounding the fear of spent fuel fires due to possible water loss in the aging pools, all of which are driving operators to shift to dry cask storage, GAO says. As a result, GAO estimates that by 2055 nearly all spent fuel will be stored in dry casks.

The report also estimates that if Yucca Mountain were restarted, the earliest it could accept shipments would be 2027. The earliest a central interim storage facility—one of the commission’s recommendations—could open would be 2032, GAO estimates. A non-Yucca Mountain alternative permanent repository would take at least 40 years—until at least 2052—to be constructed and then shipments could start.

Spent fuel is initially cooled in pools located next to reactors for at about five years. After that period, the waste is thermally cool enough to be shifted to dry casks and moved away from the reactor, GAO says. The report notes that how long waste can be kept safely in casks is unclear, but cask storage is considered to be safe for as long as 100 years.

Radioactive waste is a worldwide problem, and GAO notes that only two countries—Sweden and Finland—have actually selected locations for a permanent repository. Neither has finished construction or moved waste. But looking at GAO figures, both countries are far smaller nuclear energy users and waste generators than the U.S. Sweden, for instance, has 10 reactors and currently has 5,400 tons of spent fuel; Finland has four operating reactors and 1,600 metric tons of radioactive waste. And both countries are much smaller and more homogeneous than the U.S., with less adversarial and diverse state, local, and federal political systems.

Scowcroft points to the success of these countries, however, and notes that their success shows solutions can be found. But he fears U.S. momentum to find a radioactive waste solution and a disposal site is fast dissipating.

“Our commission put together a commonsense way to proceed based on a simple consent-based approach, rather than a process that crammed the waste down the throats of Nevadans,” he said. “We could have a bidding process for communities and locations that want to house the waste. I think with the right incentives we could move forward rapidly, but there is no drive behind this process.”

Comments
Chad (October 1, 2012 7:43 PM)
Here's an idea. Offer every Nevadan $500 as compensation for Yucca, and an extra $500 for anyone living within a certain radius of the site. This would cost about $3 billion. I am sure such a referrendum would easily pass. Recoup the cost by charging the nuclear industry for use of the site.

Elana (October 2, 2012 1:56 PM)
Chad, I'd happly take $1000 of the industry's money, as long as you dont expect me to give up my political or legal rights to object to the process in some not too distant future. The problem with such fees is that they imply there is a real health or economic cost to people who live in the same state as a nuclear storage site and that our right to object to the way policy is made can be given up for money. If that were true, LOTS of people in nearly every state should be paid a LOT of money right now and our democratic rights to help set policy would have been sold long ago. Yucca and other longer term storage facilities are MUCH safer than current storage. Buying off the locals is not a prudent or democratic approach.
Reply »