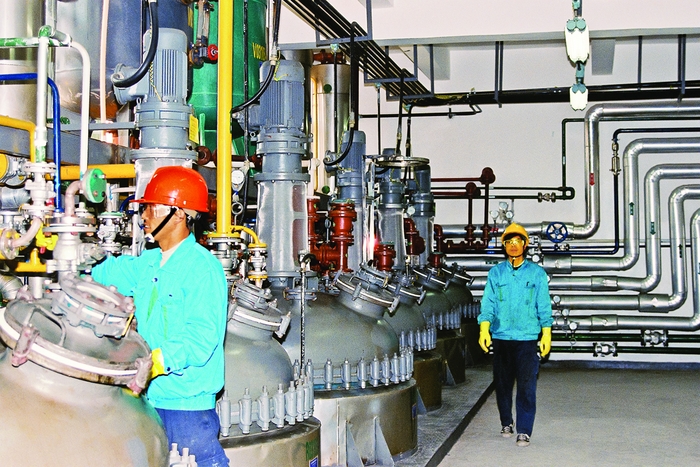 Responding to a lengthening list of scandals that have cast an unfavorable light on the quality of drugs produced in China, China’s State Food & Drug Administration (SFDA) is beefing up its oversight of the country’s drug manufacturers. In coming years, observers say, the cost of upgrading manufacturing systems will force numerous Chinese companies to merge, close shop, or focus on producing more profitable drugs.

Whereas Chinese drug ingredients exported to the regulated markets of the U.S., Europe, and Japan need to comply with the standards of foreign regulatory agencies, medications sold in China by local manufacturers reach patients after less oversight.

The consequences have been stark. This summer, SFDA started investigating claims that Chinese antibiotic manufacturers used waste vegetable oil from restaurants as a starting material in their fermentation processes. Just months earlier, SFDA had initiated an investigation into how companies made drug capsules with industrial-grade gelatin instead of food-grade material.

To improve the quality of Chinese drugs, in March 2011 SFDA promulgated a new version of China’s Good Manufacturing Practices. GMP is a detailed set of regulations governing how drug ingredients and finished drugs are manufactured. The U.S., Europe, Japan, and other developed countries all have their own GMP regulations.

The new Chinese GMP will be fully implemented and enforced by December 2015, SFDA expects. China had issued less detailed and less stringent GMP regulations in 1992 and 1998.

The few dozen Chinese manufacturers of active pharmaceutical ingredients (APIs) that export to major markets around the world will likely be unaffected by the updated Chinese GMP. “The new Chinese regulations are very similar to the European ones, with a few minor differences,” says Haifeng Yang, chief operating officer of Zhejiang Jiuzhou Pharmaceutical, an API exporter based in Taizhou. “We have already had some oral drugs approved for the Chinese market under the new regulatory regimes.”

But thousands of other API and finished-product drug manufacturers that sell in China or export to lightly regulated countries will need to upgrade their manufacturing systems if they want to remain in business.

“Only a few people in China understand what it takes to meet the new Chinese GMP regulations,” says Jack H. Ye, managing director of Hangzhou Viwa, a provider of R&D and manufacturing services based in Zhejiang.

There is too much competition for certain easy-to-make drug ingredients, Ye argues. “Some compounds are made by perhaps 1,000 producers that have registered with SFDA,” he says. “With such competition, there’s no way to invest in the upgrades that will be necessary to meet SFDA requirements. So the choice will be to close or sell out.”

One of SFDA’s goals in raising quality standards is precisely to initiate a consolidation of the overcapacity-plagued Chinese pharmaceutical industry, says Solomon Matzner, a partner at Shanghai-based Redant Life Sciences. Redant works with small to medium-sized pharmaceutical and medical device companies that want to enter the Chinese market and with Chinese firms that want to expand their presence in regulated markets.

“SFDA’s objective is multifold,” he says. “Part of the reason is to make the Chinese-approved drugs more acceptable in the international market.” Drug importers in a middle-income country such as Egypt, Matzner explains, avoid Chinese products to avoid quality problems. “It has to be from Europe; it can’t be Chinese,” he says.

Another objective is to nurture a stronger, less fragmented Chinese drug industry. “The government hopes to trim the fat through a natural selection process,” Matzner says. The desired result is a perception among the Chinese public that Chinese drug manufacturers are just as good as foreign ones. At present, he notes, European-made drugs sell at a premium to Chinese-made ones in the local market.

The Chinese API manufacturers that will survive or even thrive in the impending industry shake-up, Matzner says, are those focused on higher-value products that face limited competition in China or abroad. “Companies that make low-end products that are easy to make, that have a low cost of entry—those companies will have to make dramatic investment in their facilities,” he says. Firms that decide to make the required investment will be far more careful in selecting what they make.

Although the changes to China’s GMP regulations are sweeping, enforcement will not be sudden, argues Xu Xinliang, board chairman and president of Apeloa, a Chinese API exporter that boasts U.S. Food & Drug Administration and European Union approvals. Chinese manufacturers will have some time to adapt, he says. “A whole lot of companies will not disappear overnight,” he says. “SFDA will progressively apply more pressure on producers, and eventually some will be eliminated.”

Moreover, it will remain easy for certain API manufacturers to evade SFDA scrutiny. The drug agency inspects only companies that are registered pharmaceutical producers. Companies that declare themselves chemical producers will likely be able to continue producing and exporting drug ingredients to poorly regulated markets.

“This production of drugs as chemicals will continue,” Jiuzhou’s Yang says. “Unfortunately, SFDA does not monitor chemical production.”