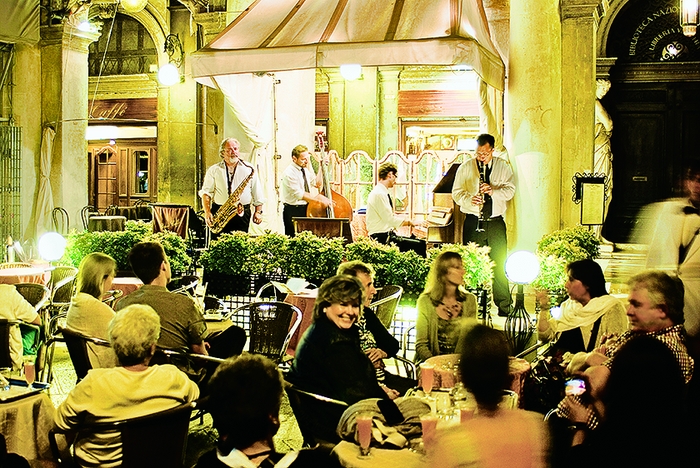 Cornell University marketing professor Brian Wansink says, “This is important information for fast-food restaurants, which are often accused of contributing to obesity.” Wansink is lead author of the study, which ran in the August issue of Psychological Reports (DOI:10.2466/01.pr0.111.4.228-232).

Wansink and fellow researcher Koert van Ittersum of Georgia Institute of Technology randomly directed diners to either the upgraded fine-dining section of a Hardee’s restaurant in Champaign, Ill., with low lighting and mellow music, or to the fast-paced, brightly lit fast-food section. They unobtrusively recorded the amount of food patrons ordered and consumed, as well as the time the restaurant-goers spent eating.

Researchers found that patrons treated to the fine-dining experience spent just as much money but ate less of what they ordered. On average, those diners consumed about 775 calories. In contrast, those getting the full fast-food experience ate 950 calories.

Like daters, the fine-food diners lingered longer over their dinners, Wansink and Ittersum noted. And that has got to hurt profits.

COCKROACH DOES THE S-CURVE SHUFFLE
Credit: T. Latif and A. Bozkurt/NCSU Raleigh/YouTube
Researchers at NCSU Raleigh guide a cockroach along a given path by sending small charges to its antennae (left or right), which are wired to an electronic backpack.

Another sure way to suppress caloric consumption in local eateries would be to put on display the latest in cockroach “biobots.” Although Hardee’s and other fast-food restaurants are unlikely to cooperate in such an experiment, curious patrons would get stomach-churning insights into the latest robotic research trends.

Investigators at North Carolina State University wondered how rescuers could quickly locate survivors in an earthquake-ravaged building. Designing a robot tiny enough isn’t yet feasible, but outfitting the Madagascar hissing cockroach (Gromph­adorhina portentosa) with an electronic backpack and sensors might just do the trick. 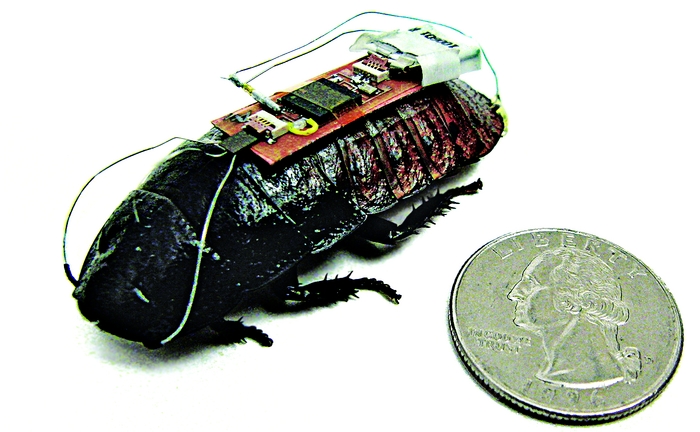 In a paper (http://bit.ly/Oq9kWO) presented in August at a meeting of electrical engineers on medicine and biology, Tahmid Latif and Alper Bozkurt describe their efforts to prove that G. portentosa (Newscripts prefers Grompy) can be steered to the site of trouble. Ultimately, they suggest, Grompy could be the insect world’s Saint Bernard rescue dog. Grompy doesn’t exactly look as lovable or comforting as a 200-lb pooch equipped with a cask of lifesaving whiskey, but Bozkurt says that the wirelessly controlled insects “will allow us to create a mobile web of smart sensors” to collect and transmit information allowing rescuers to locate disaster victims.

Like the Saint Bernard, Grompy is a sturdy creature. Measuring about 3 inches long at maturity, Grompy is a placid animal that can live up to five years. The cockroaches make a hissing sound that the Newscripts gang suspects endears them to the people who keep them as pets.

The working roaches Latif and Bozkurt are counting on, however, have electrodes implanted in their antennae that are soldered to a printed circuit controller, receiver, and battery backpack. A joystick on a user-controlled transmitter stimulates Grompy’s antennae, driving the bug to turn left or right.

It may be a while before Grompy heads out to rescue disaster victims. So far, Latif and Bozkurt have been successful at steering the big bug along an S-curve track just 10% of the time. But, Bozkurt points out, the roaches are experts at performing in hostile environments, and so the day may come when disaster strikes and Grompy’s hiss will be as welcome as a Saint Bernard’s lick.