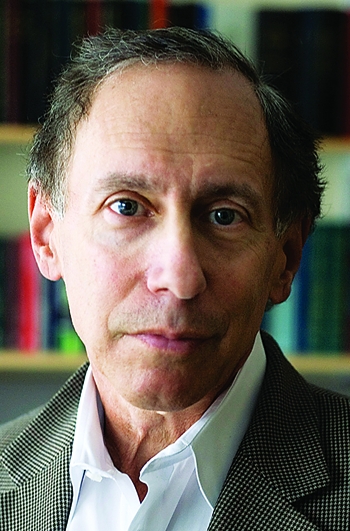 Robert S. Langer, the David H. Koch Institute Professor at Massachusetts Institute of Technology, received the 2012 Perkin Medal from the Society of Chemical Industry (SCI) at a Sept. 13 dinner in Philadelphia.

The Perkin Medal, which recognizes outstanding work in applied chemistry, is bestowed this year in honor of Langer’s efforts at the interface of biotechnology and materials science. Through his research, he has helped create the field of tissue engineering and develop polymers that deliver drugs in the body.

Langer tells C&EN that he feels “tremendously privileged” to be receiving this year’s medal. “This is a wonderful honor,” he says.

“Bob Langer shows just how far one person can go and how much one person can achieve in chemical engineering,” says Ellen J. Kullman, chief executive officer of DuPont and SCI America chair. “Bob has been a true pioneer in one of the most exciting fields in science today—the intersection of biology and chemistry. He is our leading innovator in biomedical engineering, biopolymers, and tissue engineering. His contributions are unparalleled.”

A prolific researcher, Langer runs one of the world’s largest academic laboratories, with approximately 100 members. He is credited with well over 1,000 publications and some 800 patents, which have been licensed or sublicensed to more than 200 pharmaceutical, chemical, biotechnology, and medical device companies. In addition, he has founded or cofounded two dozen companies.

The Perkin Medal augments Langer’s cache of major awards, including the 2002 Charles Stark Draper Prize, the 2006 National Medal of Science, the 2008 Millennium Technology Prize, and the 2012 Priestley Medal, the highest honor bestowed by the American Chemical Society. ACS also honored Langer with the Award in Applied Polymer Science in 1992, the Award in Polymer Chemistry in 1999, and the Award in the Chemistry of Materials in 2007. He was named an ACS Fellow in 2011.

In August, Langer presented The Kavli Foundation Innovations in Chemistry Lecture at the 244th ACS National Meeting in Philadelphia.

The Perkin Medal, one of the chemical industry’s most prestigious awards, is named for Sir William Henry Perkin, who developed the first synthetic dye, the so-called Perkin’s mauve, in 1856.