With metal demand and energy prices on the rise, researchers develop biomining to extract valuable metals 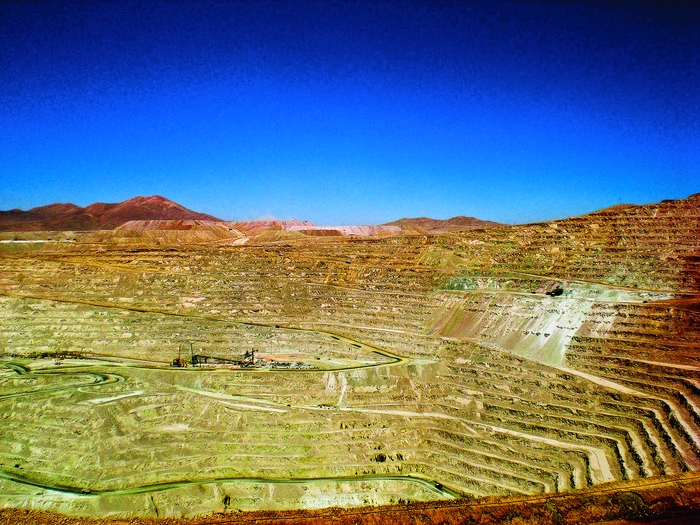 The harsh, toxic conditions in which metals are extracted from the earth may not produce a hospitable environment for humans, but for some microorganisms, that environment is a cozy bath. Reveling in slurries that are often extremely acidic or basic, these microbes swim around, deriving energy from oxidation and reduction reactions that release economically valuable metals from minerals.

That’s why researchers have become increasingly keen to get these microbes on the mining payroll. They’re looking for ways to use bacteria and archaea to extract metal from virgin rock as well as from retired mine sites whose toxic waste pools may still contain trace amounts of valuable metals.

Harnessing microbes to do mining work is called biomining, or sometimes bioextraction or bioleaching. The strategy has been most extensively studied for copper and gold: Colorado-based mining consultant Corale L. Brierley estimates that 10 to 15% of copper and 5% of gold worldwide are currently being harvested through biomining. Researchers are also evaluating biomining as a way to harvest zinc, nickel, cobalt, and uranium, but many of these newer applications haven’t made it past the lab stage, says D. Barrie Johnson, a microbiologist at Bangor University, in Wales.

“Mining can never be sustainable,” Johnson says, noting that it consumes between 3 and 5% of all the energy produced globally.

And biomining is not a solution for the immense environmental pollution problems caused by the mining industry, says Jürg Zobrist, a staff scientist at the Swiss Federal Institute of Aquatic Science & Technology who’s been involved in mining pollution research.

Biomining was first envisioned in the 1950s and 1960s, when acid-loving microbes called acidophils were discovered, Brierley says. In the decades since, researchers have been trying out biomining here and there, but large-scale buy-in from the mining industry has been slow to come, Zobrist says. That’s because biomining requires new infrastructure, making it more economical for companies to do things the traditional way: by crushing and milling rock, separating the valuable-metal-containing minerals by flotation, and then smelting the minerals at high pressures and temperatures to get out the metals.

It also takes more time to extract metals with biomining than with conventional methods, Zobrist says. Metal extractions that take hours or days by conventional means can take weeks, months, or even longer with microbes—which is not good for business. “There’s a lot of promise to biomining, but the strategies have yet to be adopted on a large scale because the mining industry sees economics as the bottom line,” Zobrist says.

But interest in biomining is increasing, says Bernhard Dold, a geochemist at the University of Chile, in Santiago, who works with a variety of mining companies. “In the past five years, there’s been a mentality change in the mining community,” he says.

For example, big-name mining companies around the world, such as Rio Tinto, Vale, and Newmont Mining, are showing interest, Johnson says. Smaller companies are also keen, he adds. Talvivaara Mining opened a mine in 2010 in Finland that uses microbes to extract metals from ore. 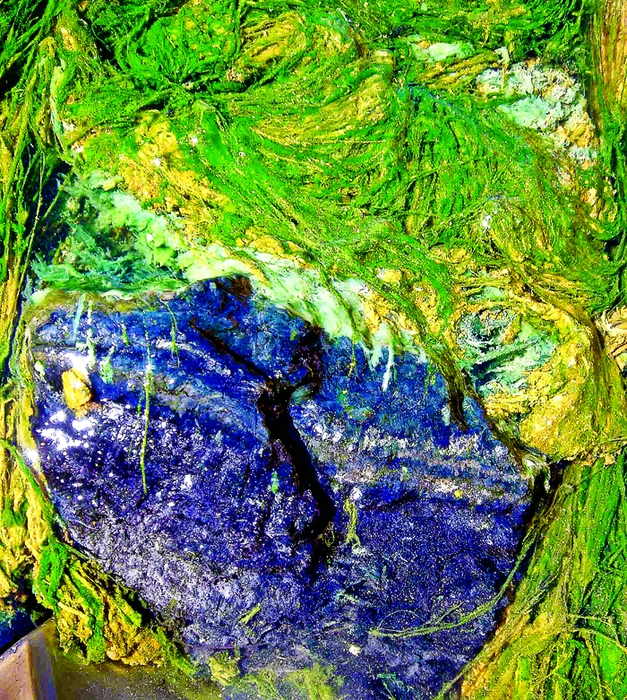 Interest in biomining is growing because of a confluence of factors, Johnson says. One is the world’s increasing demand for metal-containing products just as we’ve used up “virtually all of the high-metal-containing ore that is easily accessible in the lithosphere,” he says. “We’re processing material that is much lower grade than before.”

It used to be that ores containing less than 5% copper weren’t worth mining, Johnson notes. But with current demand, “geologists are now looking for ores with 0.3% copper,” Dold says. They’re even looking in mining waste slurries from 10 or 20 years ago, which still have 0.4% or 0.5% copper because mining processes weren’t as efficient back then. “What was once waste is now a mine,” he says.

Another factor that makes biomining increasingly attractive to the industry is rising energy prices, Johnson says. Because the mining industry devours a lot of energy, and energy is increasingly expensive, some companies are now willing to consider a slower extraction if the process consumes less energy, he says. For example, biomining can operate at atmospheric pressure and much lower temperatures than conventional techniques: 30 °C instead of 800 °C in the case of nickel, Johnson says.

One of the best-studied biomining applications is for ores that contain copper in association with sulfide minerals such as pyrite, also known as fool’s gold. Instead of separating the metal from the pyrite with high temperatures or pressures, biomining uses microbes from the Acidithiobacillus and Leptospirillum genera to do the job.

These microbes have protein systems that can oxidize Fe2+ to Fe3+, which they use to generate chemical energy for their metabolic processes, Dold says. The reaction also produces sulfuric acid as a by-product and releases copper ions, which can remain in solution because of the acidity of the reaction medium. Metallic copper can then be precipitated onto electrodes via electrochemistry.

“If you get copper in solution, it’s easy to get it out,” Dold says. “You have to make the bacteria happy so they can do their job as fast as possible.” In practice, that means kick-starting protein-catalyzed redox reactions by adding sulfuric acid to bioreactors or waste pools to reduce pH to comfortable levels for acid-loving bacteria.

In the past decade, microbiology has gained many new tools for sequencing and characterizing hard-to-culture bacteria—innovations that have also helped bolster biomining. A key part of biomining research is finding new microbes that can eke out an existence in the harsh conditions common in biomining applications.

But even though members of the Acidithiobacillus and Leptospirillum genera are often top contenders for biomining operations, there’s no one-size-fits-all microbial culture that can be applied universally, Dold says. Every situation—be it untouched ore or old mine tailings—involves different trace metals and minerals, whose relative concentrations are based on the area’s geology and any processing that has already taken place. In practice, this means that each situation requires a unique mixture of microbes to do the optimal biomining job.

Johnson said his group has done “dream team experiments” starting with 20 organisms that are known to do well in biomining applications. Depending on the situation, “you end up with three or four players, and those players will depend on what exactly you are processing,” he adds.

As interest in biomining rises, researchers are also trying to extend biomining to new types of ores, in addition to the well-studied gold and copper ores. For example, just last year, Johnson reported the first case of applying biomining to laterite minerals, which require reducing conditions—instead of copper and gold’s oxidizing conditions—to extract metals such as nickel or cobalt.

By going back to his dream team of biomining microbes, Johnson was able to report that putting Acidithiobacillus ferrooxidans in anaerobic conditions at low pH did the solubilizing trick (Miner. Eng., DOI: 10.1016/j.mineng.2010.09.005). He’s currently working with the Brazilian mining company Vale to apply biomining to its nickel and copper mines in South America. Dold says he is working on copper biomining projects with companies in Chile and Peru, such as Anglo American, Codelco, and Southern Peru Copper Corp.

“Biomining is a bit of a niche market, but with increasing environmental pressures, constraints, and regulations, more and more mining companies are looking into it,” Johnson says. “Biology is not going to take over mining, but it is going to be more important.”

Energy Storage
It’s time to get serious about recycling lithium-ion batteries
Inorganic Chemistry
From coal, a new source of rare earths
Green Chemistry
A more natural approach to catalysts
Share X
To send an e-mail to multiple recipients, separate e-mail addresses with a comma, semicolon, or both.
Title: Mining With Microbes
Author: Sarah Everts
Chemical & Engineering News will not share your email address with any other person or company.