Commercial biobased chemical development puts a spring in European steps, but biomass supply is a problem 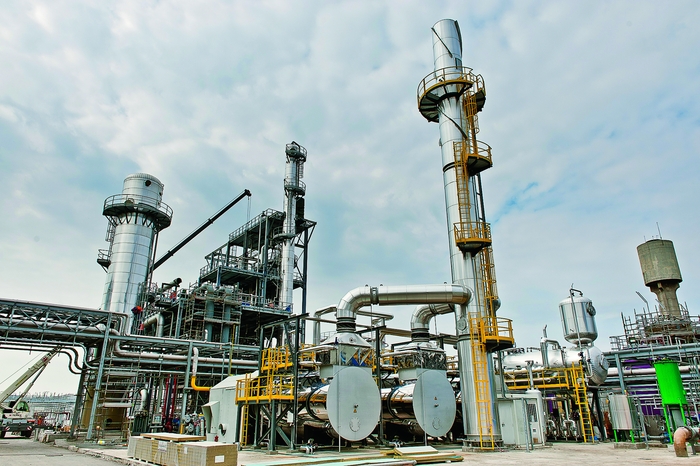 In a rare outbreak of European optimism, executives from leading biotech and chemical firms meeting at the European Forum for Industrial Biotechnology & the Biobased Economy in Düsseldorf, Germany, were in a positive mood. The reason: Beta Renewables has completed construction of the world’s first large-scale cellulosic ethanol plant, in Italy.

“These are exciting times, with steel going in the ground,” said Lars Hansen, European president of Novozymes, the Danish enzyme producer, as he opened the three-day forum on Oct. 16 in a hotel on the bank of the Rhine. “Partnerships have developed. It has been a super exciting year in Europe.”

Still, the forum wasn’t all about backslapping. European executives voiced concerns that the region’s biomaterials sector is being held back by shortcomings in European Union legislation and a lack of suitable infrastructure for the production of biobased chemicals.

Many of the largest biobased chemical developers—including DSM, Evonik Industries, Novamont, and Roquette—participated in the meeting along with a raft of emerging companies. The event attracted 450 delegates, a 20% increase on its year-ago attendance.

Hansen’s reference to steel in the ground was directed at Beta Renewables’ 20 million-gal-per-year cellulosic ethanol plant in Crescentino, Italy, which the firm is now commissioning. “The start-up of this plant is a transformational event for this industry,” Michele Rubino, chief operating officer for Beta Renewables, told delegates. All of the plant’s ethanol has already been allocated to customers, he said.

A team of 30 people from Chemtex Agro, a sister company to Beta Renewables, has developed a system for the large-scale supply of biomass for the new facility. About 70% of the biomass will come from the cultivation of a Mediterranean species of reed and the rest from local wheat and rice straw, Rubino said.

The European Commission wants to encourage the introduction of more technologies that convert cellulose into biomaterials as part of a strategy to move Europe’s economy from fossil fuels to biofuels. To facilitate that transition, the EC has agreed to invest $6 billion, hundreds of millions of which will be targeted at biotech research. The investment is part of the EC’s $105 billion Horizon 2020 research program, which will run from 2014 to 2020.

EC staffers present at the forum said they are seeking to align EU policy to meet the biotech industry’s needs. The catch is that while governments of other countries are clearing a path for their emerging biomaterials industries, the EC is calling for further research first.

“We need to know how biotechnology will affect communities,” Antonio Di Giulio, head of policy aspects and coordination for the EC’s Research & Innovation Division, told C&EN. The EC wants the nascent biomaterials industry to avoid the kind of public resistance that genetically modified crops experienced. “Our citizens need to be clearly shown the benefits,” Di Giulio said.

But European biobased chemical companies argue that the EC’s cautious approach is slowing the introduction of novel biotechnologies and forcing firms to seek markets outside Europe. “The U.S. Renewable Fuel Standard, for its faults, has encouraged investment,” said Stephan B. Tanda, DSM’s managing board member for pharma and nutrition. “There, they have enough predictability for companies to cross the ‘valley of death’ between research and innovation, and this is what we need in the EU.”

Current European agricultural policy is also a problem because it acts as a disincentive for farmers to provide biomass for the production of biobased chemicals, Tanda said. DSM’s response has been to form joint ventures with companies, including U.S.-based Poet and France’s Roquette, that are already experienced in working with farmers. Joint-venture firm Poet-DSM Advanced Biofuels is building a cellulosic ethanol plant in Emmetsburg, Iowa, to be supplied with corn stover collected from more than 70,000 acres of local farmland.

“We are a European company investing our money in the U.S. This tells you the story,” said Joost E. Dubois, director of branding for DSM.

Tanda stressed that DSM does not consider all aspects of EU policy to be problematic. The EC’s proposal to introduce public-private partnerships is “critical to the bioeconomy” because it would reduce the risk of entry for pioneering biotech firms, he said.

Although some aspects of EU policy are benefiting the sector, companies such as Deinove, a Paris-based biotech start-up, say they are hampered by the complexity of European policy. Jacques Biton, a Frenchman and the charismatic chief executive officer of Deinove, raised his arms in exasperation at the mention of EU regulation.

Deinove is developing a process to make cellulosic ethanol and biobased chemicals using strains of Deinococcus bacteria. To commercialize its process, the firm must register each strain of the bug with authorities in three different ways. This creates significant additional cost and administrative effort, Biton said.

Despite their griping, few executives at the forum questioned whether Europe’s fledgling biomaterials industry could achieve near-term commercial success. One who did, however, was Marc Delcourt, cofounder and CEO of Global Bioenergies, a Paris-based start-up that is developing a process to make propylene from biomass. During a panel discussion among CEOs, he raised the prospect that Beta Renewables’ progress is anomalous to the rest of Europe’s biobased chemical sector.

“No one talks of peak oil anymore, and shale gas is coming,” Delcourt said. “The fundamentals are worse than five years ago. We don’t yet have all the green lights.”

Delcourt’s argument was rejected by Tanda and Ian Hudson, president of DuPont for Europe, the Middle East, and Africa. Hudson called for a more positive outlook. “We need to give ourselves a pat on the back” for the progress that has been made in developing novel technologies, he said.

New technology, though, is only one part of the picture. “It is the day-to-day feedstock economics that will determine whether biobased chemicals will be successful in the marketplace,” said Sarah Hickingbottom, a senior research economist at LMC International, an Oxford, En­gland-based firm that analyzes agricultural markets. Hickingbottom warned that land for biomass will have to compete against land for food and feed production.

Although supplies of biomass will be critical, Europe won’t have enough of it to sustain a bioeconomy, according to Peter Nagler, chief innovation officer for Evonik. Unless renewable energy goals are reached with solar and wind energy instead of agriculture-derived fuels, Europe will have to import biomass for chemical production, he said.

A solution to the biomass shortfall could be the cultivation of seaweed, which remains a relatively untapped source of biomass, said Ana M. López-Contreras, a biologist at Wageningen UR, a Dutch university, and leader of an EU-funded project to convert seaweed into chemicals. Seaweed cultivated in offshore farms could yield up to 730 metric tons per year of biomass per hectare compared with just 68 metric tons for sugarcane, López-Contreras told delegates.

Whether seaweed could be a viable commercial source of biomass for chemical production is yet to be proven. But for Beta Renewables’ early success in Crescentino to be repeated across Europe, new biomass supply chains of some sort will have to be developed.