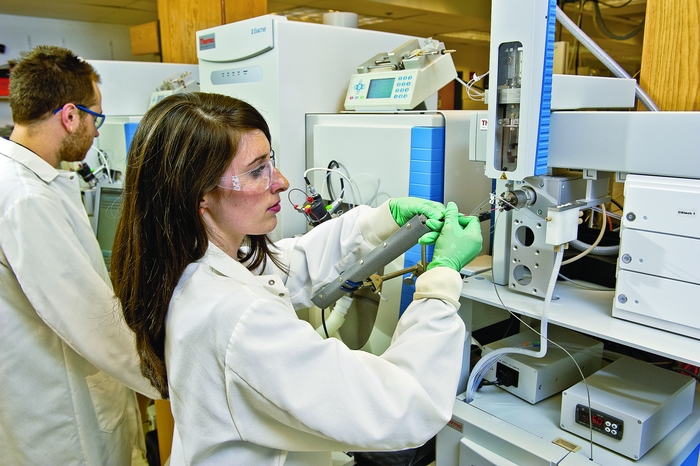 In an era when most biotech start-ups see their endgame as either being gobbled up by big pharma or going bust, Cambridge, Mass.-based Agios Pharmaceuticals is trying to prove it has staying power.

Although it has yet to test a single compound in humans, the firm has amassed more than $260 million in funding from venture capital firms and the biotech company Celgene. In four years, it has made the scientific case for developing drugs that target enzymes involved in cancer cell metabolism. Now, it is leveraging its knowledge of key pathways to tackle rare, inherited metabolic diseases.

Agios is the brainchild of three scientific powerhouses: Craig B. Thompson, Tak W. Mak, and Lewis C. Cantley. They started to consider forming a company focused on cancer cell metabolism in the spring of 2007 after Thompson gave a rousing talk on the topic at the annual meeting of the American Association for Cancer Research. Scientists have long known that cancer cells use nutrients in a different way than normal cells, but the three partners had new insights into what those differences are and how to target them with small molecules. By that fall, they were talking to potential investors.

Most biotech companies these days are formed to capitalize on a set of assets, typically molecules that are primed for preclinical studies or even tests in humans. But Agios was selling a vision of how to develop an area of biology. As David Schenkein, Agios’ chief executive officer, puts it, “The company was started with a blank piece of paper.”

In approaching venture capitalists, the founding scientists “gave a very mechanistic and disciplined way to think about discovering and developing drugs” that was exciting, recalls Doug Cole, general partner at Flagship Ventures. Along with Arch Venture Partners, Flagship provided seed money to get Agios started. In July 2008, Flagship, Arch, and Third Rock Ventures agreed to put up a total of $33 million in the company’s first round of financing.

The cash was a vote of confidence in the firm’s science and allowed it to open labs in which to develop its technology platform. Only a few other platform companies like Agios have cropped up in recent years, notes Allan B. Haberman, principal of the biotech consulting firm Haberman Associates. He puts Boston-area firms Forma Therapeutics and Aileron Therapeutics in the same camp. “These companies are built to last,” he says.

Agios has been building a foundation ever since. Many start-ups pursue a series of drug development deals focused on one or more targets, often receiving a small up-front payment and relatively modest R&D support. But Agios’ ambition to dominate the field of cancer cell metabolism would require major resources. “You’re never going to get that with a one-target deal,” Schenkein says. “You really need a large, committed partner.”

In April 2010, Agios chose Celgene as that partner. Under the three-year pact, Celgene was given an option to license drug candidates coming out of Agios’ cancer metabolism program.

In exchange for such broad access, Agios got the financial heft it was looking for: Celgene laid out $130 million up front, later kicking in another $20 million to extend the pact to four years. At the same time, Schenkein says, Agios maintained control over the direction of its early-stage research.

The financial security granted by venture funding and the Celgene deal has given Agios the latitude to go deep into the science of metabolic enzymes. The firm is chasing two types of targets: mutated or specific isoforms of metabolic enzymes that are found only in cancer cells, not in healthy cells, and enzymes on which a cancer cell has become dependent. In both cases, the company will develop a drug against a target only if there is a predictive biomarker that will determine the right patients for clinical studies.

Those parameters significantly whittle down the potential targets for drug discovery campaigns. Of the 2,000–3,000 enzymes that compose human cellular machinery, only 50–100 fit the bill for Agios.

One of Agios’ first drug discovery programs is based on its scientists’ discovery that a mutation in isocitrate dehydrogenase 1 (IDH1) leads to a metabolite that helps the most common kind of brain cancer thrive. IDH1 or the related enzyme IDH2 appears to be implicated in about 70% of brain cancers, Schenkein notes, meaning a molecule that blocks it has the potential to be a part of many cancer drug cocktails. Recently, Agios reported a series of compounds that selectively inhibit the mutant form of the enzyme (ACS Med. Chem. Lett., DOI: 10.1021/ml300225h), and it hopes to have a drug candidate in the clinic within 18 months.

With its cancer drug program in full swing, Agios last year started to put down the next layer of its foundation. The company is moving into drugs for rare, inborn metabolic diseases that are caused by a mutation in a single metabolic enzyme.

Agios’ founders thought from the onset that developing a deep knowledge of metabolic pathways could open the door to treating diseases beyond cancer, Schenkein explains. And indeed, the work on IDH mutations led Agios to rare diseases. In addition to driving many brain cancers, IDH2 mutation is a culprit behind 2-hydroxyglutaric aciduria, a rare disease that causes progressive brain damage in children.

Rare metabolic disease hits Agios’ scientific sweet spot by offering clear genetic guides, but it also aligns with the firm’s business strategy. “It helps to manage the risk profile of our portfolio,” Schenkein says. “In cancer, we need to find and validate the biology of a target and then drug it. Here, the biology is already validated by the genetics.”

Many of the 600 inborn metabolic diseases lack treatments, and because they have small patient populations, Agios thinks it can bring drugs to market on its own. Last year it netted $78 million in a round of financing to support that program.

A year after moving into rare diseases, Agios is focused on getting compounds into the clinic. Longer term, its current $180 million war chest is enough to put several drug candidates through proof-of-concept studies, Schenkein says.

But even with small clinical trials for the rare-disease drug candidates, Agios will eventually need to look to the public markets to become the commercial enterprise of its aspirations. “We’re not going to be a private company forever,” Schenkein says.