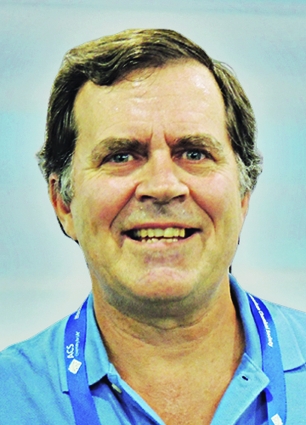 After moving to the U.S., he worked as a researcher at the University of Hawaii, Texas A&M University, and the University of Miami in Florida until 2000. He then joined Milliken Chemical in Spartanburg, S.C., where he managed the company’s polymer additives laboratory until 2005. After a one-year stint at 3V Chemical in Georgetown, S.C., he taught at Georgetown High School from 2007 until he moved to ACS in 2011. Wylie became an ACS member earlier this year.

He is survived by his daughter, Sophia, and son, Zealand; his parents, Keith and Joyce; and his sister, Sharon. His brother, Malcolm, predeceased him.

Obituary notices of no more than 300 words may be sent to Susan J. Ainsworth at ­s_ainsworth@acs.org and should include an educational and professional history.

Profiles
9 Black chemists you should know about
Obituaries
Obituary: Arthur D. Broom
Share X
To send an e-mail to multiple recipients, separate e-mail addresses with a comma, semicolon, or both.
Title: David J. Wylie
Author: Susan J. Ainsworth
Chemical & Engineering News will not share your email address with any other person or company.