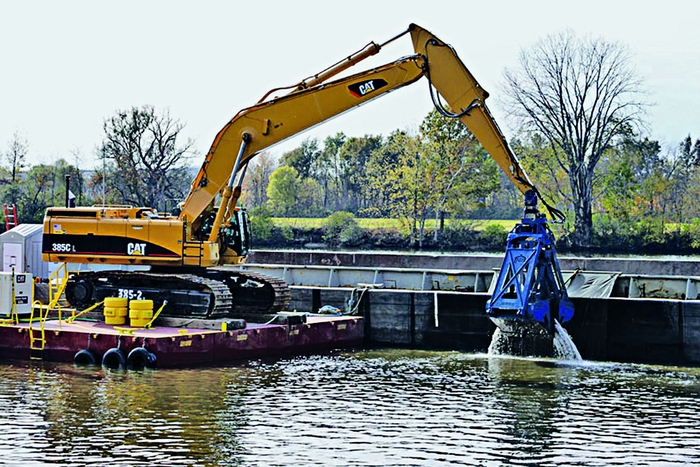 A massive cleanup project that aims to remove polychlorinated biphenyls (PCBs) from a contaminated stretch of the upper Hudson River in New York is about 50% complete, according to EPA. Over a 30-year period ending in the late 1970s, General Electric dumped an estimated 1.3 million lb of PCBs into the river from two capacitor manufacturing plants in Fort Edward and Hudson Falls, N.Y. Working under EPA oversight, GE expects to spend more than $1 billion to remove 2.6 million cubic yards of contaminated sediment from a 40-mile stretch of the Hudson. Project officials say dredging will last another three to five years, which is in line with the time frame EPA estimated when the project began in 2009. “With the third season of dredging nearly complete, EPA is approximately halfway toward its goal of a cleaner Hudson River,” EPA Regional Administrator Judith A. Enck says. According to the agency, PCBs are likely carcinogens and can cause neurological damage, especially in children. The primary way people are exposed to PCBs is through eating contaminated fish.

Persistent Pollutants
Goodbye to some PFAS in food packaging
Pollution
Satellites can now see air pollution inequality within cities
Pollution
Mercury makes it deep into marine trenches
Share X
To send an e-mail to multiple recipients, separate e-mail addresses with a comma, semicolon, or both.
Title: Hudson River Cleanup Hits Midpoint
Author: Glenn Hess
Chemical & Engineering News will not share your email address with any other person or company.