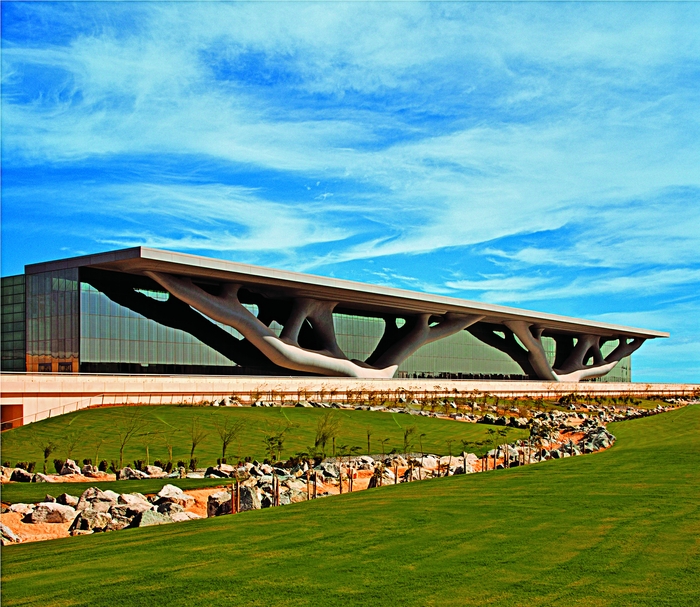 This week and next, negotiators from around the world are attempting to extend an existing climate-change treaty and setting the stage for talks on a new global agreement.

They are convening at a United Nations meeting in Doha, the capital city of the Persian Gulf country of Qatar. There, governments hope to extend commitments by some industrialized countries to reduce greenhouse gas emissions under the 1997 Kyoto protocol. That accord requires industrialized countries to collectively lower their emissions by 5% from 1990 levels over the five-year period from 2008 through 2012. The U.S. is not among them because it rejected the treaty.

At the meeting, negotiators are attempting to craft a “Doha amendment” to the protocol that would create a second round of emission reduction commitments for some industrialized countries starting in 2013. The commitments would extend to 2020. The amendment would also set a path for negotiators to follow as they work to complete a new treaty by 2015 that would take effect in 2020.

This second round of commitments is seen largely as a symbolic gesture and won’t make new dents in global greenhouse gas emission trends, says Alden Meyer, director of strategy and policy for the Union of Concerned Scientists. For instance, the European Union agreed last year to take on a second set of Kyoto protocol cuts. But the EU already has legislation to control its greenhouse gases through 2020, he points out. Thus, the EU could easily sign up under the Kyoto protocol for emission reductions it must achieve under its own law anyway. At the same time, some industrialized countries in the Kyoto protocol, including Japan and Russia, have said they will not take on a second set of emission reductions under that pact.

Experts who observe United Nations climate-change talks say the Nov. 26 to Dec. 7 meeting in Doha, Qatar, is likely to have two main outcomes:

An extension of emission reduction requirements under the Kyoto protocol that would last through 2020 for some industrialized countries.

A road map that will guide negotiators over the next three years as they develop a new climate-change treaty that is expected to call for controls by all major emitters, including China and India.

Yet a second round of cuts under the Kyoto protocol is important because it would maintain political momentum on international cooperation to reduce emissions until the new treaty is in place, Meyer says.

For many countries, it is important to preserve the protocol, which is the world’s only treaty that includes legally binding limits on greenhouse gases and deadlines for achieving them, says Elliot Diringer, executive vice president of the nonprofit Center for Climate & Energy Solutions. Many countries are reluctant to let the Kyoto protocol die before a new climate-change agreement is in place, he explains.

In fact, extending the Kyoto protocol would serve as a prelude to a new climate-change treaty. That planned pact is to include all major emitters of greenhouse gases, including emerging economies such as China, India, and Brazil, as well as industrialized countries. Last year, at a meeting in Durban, South Africa, governments agreed that they would hammer out the new agreement by 2015 and that the accord would take effect in 2020.

The five-year period after the negotiations end and before the effective date of the new climate treaty would give governments time to take domestic action necessary to implement the pact, explains Christiana Figueres, the UN’s top official on climate. In the U.S., for instance, the Senate must give its advice and consent before the nation can become a partner in any treaty. Then, the Senate and the House of Representatives would have to pass legislation that would implement the climate pact.

Also at the Doha meeting, governments are trying to streamline future UN climate talks so those negotiations are focused primarily on the new treaty, Diringer says. In contrast, global climate discussions now are split into three tracks. One addresses extension of industrialized nations’ emission reduction commitments under the Kyoto protocol. A second focuses on long-term cooperation among nations on climate issues and touches on thorny issues such as intellectual property rights and perceived trade barriers for exports of low-carbon technologies. The third track was created a year ago in Durban. It is for negotiating the new climate treaty and raising the ambitions of countries for ratchetting down their emissions before the new pact takes effect.

“It’s looking like a three-ring circus,” Diringer says. By the time the Doha meeting closes, he says, “it’s really important that we have only one track going.” A key goal at the gathering is to conclude the first two tracks and retain the third, Meyer and Diringer explain.

Negotiators in Doha will kick around three potential approaches to the new pact, says Jennifer Morgan, director of the climate and energy program at the think tank World Resources Institute. One possibility is to craft a treaty similar to the Kyoto protocol with globally agreed-to limits—such as emission reductions to a specific percentage below 1990 levels—and deadlines for achieving them. Another is to take a decentralized approach. Here, each country would establish its own emission limits, with reporting and other accountability on an international level, she continues. A third approach could somehow combine the first two, she says.

Regardless of the shape the treaty ends up taking, shifting alliances within the developing world will likely complicate climate talks in Doha and through the coming years. For the past two decades of climate discussions, developing countries have stood together as a bloc, called the Group of 77 & China, often simply referred to as G-77. But they are splitting into new factions.

“The G-77 is finding it harder and harder to speak with a single voice,” Diringer says.

Some of these major emitters and others have formed their own faction. This year, China and India coalesced with Bolivia, Ecuador, Egypt, Malaysia, Nicaragua, Pakistan, the Philippines, Saudi Arabia, Thailand, and Venezuela into a group called the Like Minded Developing Countries on Climate Change.

Meanwhile, the U.S.—the world’s largest emitter of greenhouse gases until China overtook it in 2006—isn’t expected to announce any new climate policy stances in Doha. President Barack Obama said at a mid-November news conference that he believes climate change is real and that it is influenced by human behavior and emissions of greenhouse gases. But he indicated that any new policies from his Administration on climate change are at least months away and would have to be tied to boosting jobs and the economy.

Likewise, no new positions are expected in Doha from China. The country is undergoing a carefully controlled transition in its leadership—a process that won’t be complete until March 2013, Morgan points out.

For all of these reasons, Diringer predicts, “Doha will be relatively a low-key affair.”

Persistent Pollutants
Goodbye to some PFAS in food packaging
Pollution
Satellites can now see air pollution inequality within cities
Pollution
Mercury makes it deep into marine trenches
Share X
To send an e-mail to multiple recipients, separate e-mail addresses with a comma, semicolon, or both.
Title: Leaders Meet In Doha To Negotiate Climate Change Commitments
Author: Cheryl Hogue
Chemical & Engineering News will not share your email address with any other person or company.