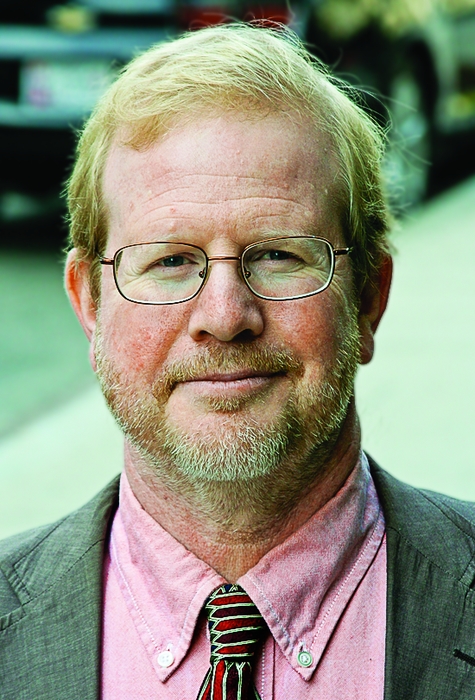 I wrote in this space on Oct. 1 that C&EN hoped to fill the critical position of deputy editor-in-chief soon. Soon is now: Welcome, Josh Fischman.

Josh comes to C&EN from the Chronicle of Higher Education, where he served most recently as senior writer/editor. His new position at C&EN brings him back to chemistry: As a deputy news editor at Science in the 1990s, Josh supervised news coverage of chemistry and materials science.

At the Chronicle, which Josh joined in 2007, he initially was deputy editor for information technology; subsequently, he became editor for information technology and faculty coverage. Recently, Josh concentrated on science coverage, writing stories about genomics and human evolution, bird flu, the aging brain, predicting criminal behavior among children, reinventing the Internet, and using tablet computers in teaching, among many other topics. At the Chronicle, Josh also served as the editorial leader for the “Great Colleges To Work For” project, working with a data analytics firm to measure workplace quality at hundreds of institutions. He managed and contributed to the news blog Wired Campus, covering technology and innovation in universities; he also voiced, produced, and edited podcasts for the Chronicle website.

Josh’s science-writing portfolio spans a variety of topics and publications—for example, the psychology of nuclear deterrence for Psychology Today; new magnetic materials, earthquake prediction, and the search for juvenile dinosaur fossils for Discover; computers in biology for Science; and Alzheimer’s disease among youth, the biology of love, the lost archaeology of Troy, and illegal Internet drug purchases for U.S. News & World Report. As a feature editor for various media outlets, he worked with many journalists on topics as varied as biomedical conflicts of interest and digital piracy. In the late 1990s, Josh served as editor-in-chief of Earth, a popular bimonthly earth science magazine published in Waukesha, Wis. At Earth, Josh hired, trained, and supervised budding science writers, many of whom have since worked for Scientific American,Natural History Magazine, and Technology Review.

Josh has received national recognition for his science journalism. His story for Chronicle Review titled “Criminal Minds” is featured in “The Best American Science Writing 2012.” His U.S. News & World Report story “How To Be a Smart Patient” was a National Magazine Award finalist in 2005. The American Heart Association and the Association of Health Care Journalists have recognized Josh with awards for excellence in medical and health care reporting.

As deputy editor-in-chief, Josh will have many critical responsibilities, including being the writers’ collaborator and the readers’ advocate. As he says about collaborating with C&EN staff, “I’m not the chemistry expert, but I can help you communicate the chemistry story in the most effective way.” As the readers’ advocate, Josh promises to bring a “reader-focused sensibility to the way stories are presented” and work to bring readers along on the important journeys through science, business, and policy taken by C&EN writers. With Josh on board, you, dear readers, can expect further strengthening of C&EN’s journalistic tradition.

When Josh isn’t thinking about ­magazines and websites, he enjoys sailing his boat on the Chesapeake and walking with his lovely old dog. He and his wife, a computer systems engineer, love to cook and enjoy learning kitchen tricks and tips.

Education
New international students cannot enter US for online-only programs
Education
Chemistry-style fun and games
Undergraduate Education
Block plan compresses one class into a few weeks for deeper learning
Share X
To send an e-mail to multiple recipients, separate e-mail addresses with a comma, semicolon, or both.
Title: Meet Josh
Author: A. Maureen Rouhi
Chemical & Engineering News will not share your email address with any other person or company.