Mouse In A Can Revisited, Deep-Sea Carnivorous Harp

[+]Enlarge
Credit: Shutterstock/C&EN
Eek!: How long would a mouse last in a soda can? 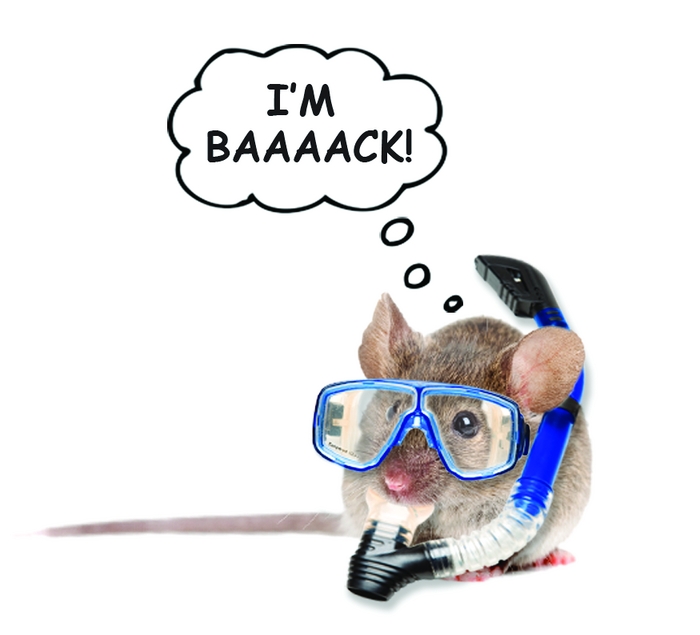 Credit: Shutterstock/C&EN
Eek!: How long would a mouse last in a soda can?

The Newscripts gang loves hearing readers’ reactions to our stories. For instance, Barbara Lewis, a chemistry lab instructor at Clemson University, wrote to tell us about how a Jan. 23 story inspired her to dissolve mice in soda.

The story (C&EN, Jan. 23, page 48) described a gag-inducing lawsuit filed by an Illinois man against PepsiCo. He claimed he found an intact, dead mouse in his can of Mountain Dew. A veterinarian hired by the soda company disputed the claim, saying any critter spending that much time in the acidic drink would have dissolved into a “jellylike substance.”

Lewis decided to test the doctor’s claim as a demonstration for the 1,800 or so students in her spring general chemistry lab.

A dentist quoted in the Newscripts story suggested that, compared with Pepsi, Mountain Dew might better dissolve bone and teeth. So Lewis filled one glass jar with Pepsi and another with Mountain Dew. She then placed a dead field mouse in each, screwed on the jars’ metal lids, and monitored the mice for 86 days.

Lewis’ daughter trapped the mice in her home in the countryside of South Carolina, an area with plenty of field mice, Lewis tells Newscripts. “When they cross the threshold of the house, they’re offering up their bodies for science.”

By day 19, Peppy—the mouse in the Pepsi jar—lost one of his front legs. “Then he continued to get yuckier and yuckier,” Lewis says, reaching bloblike status around day 32.

But Dewey—the mouse in the Mountain Dew jar—remained mostly intact. Although the rodent was very soft and fell apart when handled, Dewey still had all his limbs, most of his skull, and even a tooth.

Dewey’s outcome surprised Lewis, but she points out that the jars weren’t under pressure as a can of soda is. Next spring she hopes to repeat the experiment and possibly pressurize the containers.

Her demonstration did gross out some people in her department, she says. “You had to be careful not to talk about it around lunchtime.”

As for the mouse-in-a-can case, the Illinois man settled the lawsuit in August for an undisclosed amount of money. 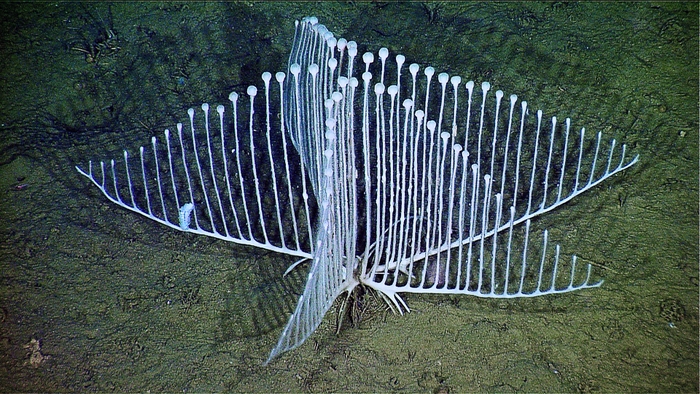 Although we’d be shocked to find critters living at the bottom of our soda cans, we’re always fascinated by the strange life-forms found at the bottom of the sea. Recently scientists reported a new species of sponge that lives 10,000 feet below the ocean surface and looks like a crystal-encrusted musical harp (Invertebrate Biol., DOI: 10.1111/ivb.12001).

The sponge anchors itself into soft seafloor sediments with appendages that resemble roots. Structures called vanes shoot out from the center of the sponge, each with several ball-topped vertical branches. The deep-sea dwellers can grow to about 28 inches across and sport six or so vanes.

Unlike most sponges that feed by pumping seawater through their bodies to filter out organic particles, this species uses tiny Velcro-like barbs lining each branch to catch microscopic crustaceans. “They basically sit and wait for something to bump into them, and then they ensnare it and digest it,” says Lonny Lundsten, a marine biologist at Monterey Bay Aquarium Research Institute.

Although the sponge’s shape is striking, Lundsten says, the researchers have only spotted the species 12 times since it was first seen in 2000.

Education
New international students cannot enter US for online-only programs
Education
Chemistry-style fun and games
Undergraduate Education
Block plan compresses one class into a few weeks for deeper learning
Share X
To send an e-mail to multiple recipients, separate e-mail addresses with a comma, semicolon, or both.
Title: Mouse In A Can Revisited, Deep-Sea Carnivorous Harp
Author: Michael Torrice
Chemical & Engineering News will not share your email address with any other person or company.