Scarcity Is The Business 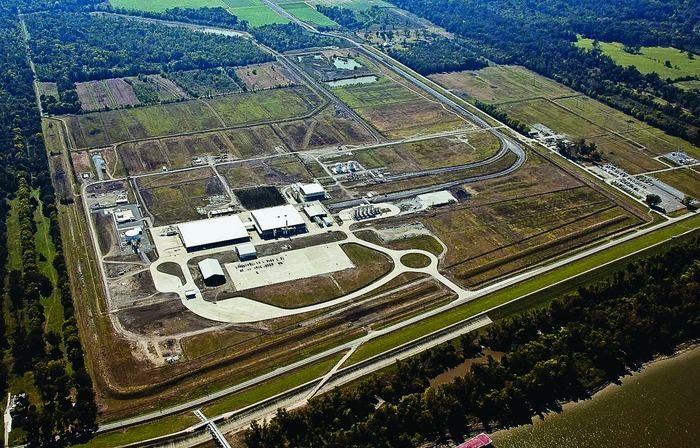 Plush offices and fancy dining rooms are not to be found at SNF Group, the French company that is the world’s largest producer of polyacrylamide. The company’s spartan regional office in Beijing, for instance, is located in a plain and functional building near the main highway that goes to the airport.

It is there that, when he visits the Chinese capital, SNF’s chief executive officer, Pascal Remy, uses a bare conference room as his base. In that temporary workspace, he discusses in great detail market share and production costs with local managers.

Champagne and fancy lunches are not the culture at SNF, Remy tells C&EN with a wry expression. “We have a culture of maximum cost reduction.” Most of SNF’s offices, he adds, are located where the company operates production facilities.

In contrast with the rest of the chemical industry, which is struggling to deal with global economic stagnation, SNF is in a happy place these days. Sales, profits, and market share are all rising at a steady clip. Demand is strong for polyacrylamide and the company’s other products, used mostly in water treatment and natural resource extraction. For SNF, there is no downturn.

“Our markets are linked to the scarcity of resources like water, oil and gas, and minerals,” Remy says. “Our markets will be around for a while because we don’t foresee an end to this scarcity.”

Polyacrylamide, which accounts for more than three-quarters of the firms’ sales, is derived primarily from acrylamide and acrylic acid, both propylene derivatives. It is used to remove suspended solids during municipal and industrial water treatment, to boost the output of oil and gas wells, and to enhance personal care products. The outlook is rosy, or at least stable, in all of these markets.

Demand in the water treatment business is determined by population growth and water standards, not the economy, Remy points out. And population and water standards are both rising in developing countries, to the benefit of SNF’s international business. Industrial water treatment is more reactive to booms and downturns—but only to a point. “Demand would decrease if sites were to close, but it’s not a phenomenon that is happening in a very noticeable way at the moment,” Remy says. “If industrial sites exist, they need to process their water.”

Beyond water treatment, polyacrylamide plays an important role in enhanced oil recovery (EOR), an oil extraction technique that boosts well productivity. EOR, which is mostly practiced in the U.S., is economically viable as long as oil trades at more than $15 per barrel, Remy says. Given that oil currently sells for close to $100 per bbl, he expects oil drilling to remain a strong market for SNF.

Daniel Choi, a research associate at the consulting firm Lux Research, agrees. “As global oil consumption rises to over 90 million bbl per day, the world’s key oil fields are declining and producers are looking to squeeze every last drop,” he says. “We expect EOR to play a crucial role in SNF’s strategy.”

Similarly, polyacrylamide is used in ­hydraulic fracturing, or fracking, a relatively new method of hydrocarbon extraction also practiced mostly in the U.S. The growth of EOR and fracking in the U.S. has boosted SNF’s North American sales to nearly half the company’s global turnover.

In the growing business of polyacrylamide, SNF is not without competition. Major rivals include the chemical giants BASF and Dow Chemical. But the French firm manages to more than hold its own.

“The company is not a technology developer in the sense of being at the forefront of cutting-edge research,” Lux’s Choi says. “However, the company has grown by reinvesting its resources into increasing production capacity globally and keeping quality high at a competitive price.”

Remy has been a proponent of this approach. A 20-year veteran of the water treatment industry who had previously worked at Nalco and Suez, he became the head of SNF in 2005 with a mandate to continue doing what the company had been doing. “But obviously, the bigger it gets, the more complex it becomes,” he acknowledges.

Launched in 1978, SNF remains—unusually for its substantial size—a privately owned firm that is majority owned by founder René Pich and his family. “We are absolutely not interested in selling out,” Remy insists.

Similarly, a stock market listing is out of the question, he adds. The company funds its growth from cash flow and taps the bond market as needed, Remy says. “By being independent, we can re­invest all of our cash flow in the business without asking for anyone’s opinion.”

In October, the debt rating firm Standard & Poor’s raised its assessment of SNF from “stable” to “positive.” The agency noted that SNF’s financial position is strong and that the firm is active in recession-proof markets. Moreover, S&P pointed out, SNF’s geographic diversification means that the company has limited exposure to the struggling economies of Europe.

Investment in facilities around the world is a big part of what keeps SNF successful, Remy confirms. “We follow a ­strategy that is relatively simple: We want to stay in polyacrylamide,” he says. “Beyond that, we seize the largest possible market share by anticipating the market and building capacity before ­others.”

SNF’s average annual growth of 15% means that it must add about 90,000 metric tons of polyacrylamide production capacity annually to keep pace with demand, Remy says. The current manufacturing strategy calls for operating two major sites in each of the company’s major geographic markets: North America, Asia, and Europe.

At SNF, a major site is defined as one that produces acrylamide as well as powdered polyacrylamide. In Plaquemine, La., late last year, SNF commissioned the first phase of its second major U.S. manufacturing base. By the time the plant is completed in 2015, the company will have invested more than $350 million at the site.

The company now operates two major sites in the U.S.; one each in China, India, and South Korea; and one in France. It is in the process of building a plant in England to provide a second major site in Europe. SNF operates numerous smaller facilities worldwide, including several in China.

Chinese and Indian competitors—the bane of Western specialty chemical producers—aren’t a problem for SNF, Remy says. Indian firms simply do not produce polyacrylamide. As for Chinese companies, they invest in large polyacrylamide facilities that they are unable to operate at near-maximum capacity because they lack orders, he says. By contrast, SNF’s plants operate at 90% capacity, Remy asserts.

One problem afflicting Chinese producers is uneven quality, he claims. “The powder form of polyacrylamide involves considerable manufacturing know-how,” he says. “We noted that some of our Chinese competitors were not able to consistently produce the required quality level in certain applications.”

China, interestingly, may be more important for SNF than its home country of France, which today accounts for only 3% of its sales. But given the economic problems that France and the rest of Europe face, this is probably fine with Remy.

SNF has found success with its single-minded focus on competitiveness in polyacrylamide while diversifying across markets and geographies. “SNF is a prime example,” Lux’s Choi says, “of the importance of sound business strategy and execution.” ◾