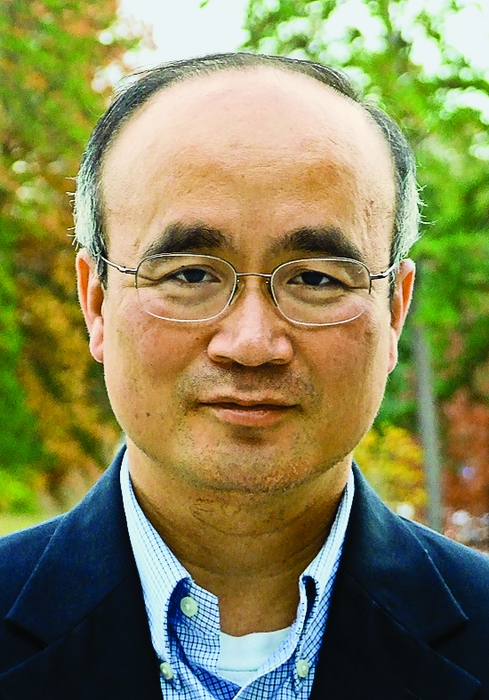 Weitao Yang’s former postdoctoral student Paul W. Ayers thinks so highly of Yang that he describes him as sui generis. “He is good enough at mathematics to be a mathematician, good enough at physics to be a physicist, and good enough at algorithm design to be a computer scientist. But he is, by temperament and inclination, a chemist.”

Born in Chaozhou, China, Yang, 50, earned a B.S. degree in chemistry from Peking University, in Beijing, in 1982, and a Ph.D. in chemistry from the University of North Carolina, Chapel Hill, under Robert G. Parr in 1986. After stints as a research associate at UNC with Parr and at the University of California, Berkeley, with William H. Miller, Yang has progressed from assistant professor at Duke University beginning in 1989 to his current appointment as Philip Handler Professor of Chemistry.

Yang’s many honors include the 1997 Annual Medal of the International Academy of Quantum Molecular Science and the 2006 Humboldt Research Award for Senior U.S. Scientists. He coauthored the book “Density-Functional Theory of Atoms and Molecules” with Parr. Yang has been an author on more than 200 scientific papers, and he continues to be recognized by the Institute for Scientific Information as a highly cited researcher.

One significant example is the 1988 paper he coauthored that introduced the Lee-Yang-Parr correlation energy functional, known as the LYP functional. The LYP functional “has helped revolutionize electronic structure calculations,” states one of Yang’s colleagues. “Their article in which it appears is among the most cited in the history of chemistry, and the Parr-Yang book has educated a whole generation of scientists.”

In describing his group’s research on density functional theory and linear scaling computation, Yang states: “Electronic structure calculations provide fundamental information of molecular structure and interaction, and the potential energy surfaces necessary for studying molecular dynamics. … We believe that density functional theory is the method of choice for large systems.”

Ernest R. Davidson of the University of Washington says the LYP functional has become a standard tool in density functional calculations. “Yang constructed a divide-and-conquer method for electronic structure calculations of large systems applicable to either density functional theory or Hartree-Fock methods,” he says. The strategy, Davidson explains, is to “first divide a large molecule into many subsystems, then determine the electron density matrix of each subsystem separately, and finally add the corresponding contributions from all the subsystems to obtain the total molecular electron density and energy.” He adds that “Yang’s method has been used and extended by many laboratories in the world, including, for example, for the study of large nanoparticles and simulations for large biological systems.”

Yang’s interests in chemistry started in high school when he was given books to read on traditional Chinese medicine by his father, Baoru Yang, a national-award-winning expert on the subject. While pursuing his B.S. degree in chemistry at Peking University, Yang was particularly excited about learning statistical and quantum mechanics, which directed his interests to theoretical chemistry. In his spare time now, Yang enjoys hiking with his family in the Blue Ridge Mountains.

Yang will present the award address before the ACS Division of Computers in Chemistry.