Credit: Shutterstock/C&EN
The TiPED screening tool walks chemists through the process of selecting assays to test chemicals during design or redesign phases for potential endocrine-disrupting activity.

When a chemical company sets out to design a molecule for a new application, researchers think first about functionality, efficacy, and cost. Typically further down the list of priorities is environmental performance. Consumer awareness, however, is changing that perspective. But even when toxicity rises to a level of concern during product design, chemists in general don’t have the expertise or predictive tools they can use to defuse a potential problem.

That predicament motivated a multi­disciplinary research team to create a design tool that walks chemists through the process of developing chemicals with inherently low toxicity. Called the Tiered Protocol for Endocrine Disruption (TiPED), it consists of five tiers that include computational assessments, cellular-target and -process assays, and mammalian testing to spotlight potential endocrine-disruption activity early in the design cycle of a chemical product (Green Chem., DOI: 10.1039/c2gc35055f).

The tiered system marries the principles of green chemistry—aimed at developing safer, less toxic, and renewable chemistry and materials—with new methods in toxicology, explains John Peterson Myers, one of TiPED’s developers. Myers is chief executive officer of Environmental Health Sciences, a nongovernmental organization based in Charlottesville, Va., focused on advancing the public’s understanding of environmental health issues. He teamed up with Karen Peabody O’Brien of the nonprofit group Advancing Green Chemistry, also in Charlottesville, and Thaddeus T. Schug of the National Institute of Environmental Health Sciences, in Research Triangle Park, N.C., to lead the TiPED development team that included 23 scientists. 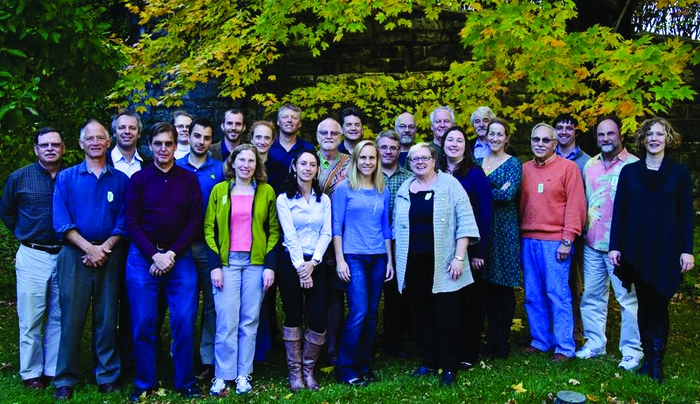 Consumers are becoming anxious to know whether products they bring into their homes are safe. That concern is stimulating market demand for products that don’t contain known endocrine disrupters—for example, bisphenol A-free and phthalate-free products. This trend is difficult for companies, Myers says, because there is a patchwork of standards and regulations and little guidance on how to ensure that products don’t contain endocrine disrupters or present other risks.

“No comprehensive design tool was available for companies that wanted to seize new market opportunities, despite all the scientific advances in mechanistic understanding of endocrine-disrupting chemicals that has emerged over the past two decades,” Myers notes. “We developed TiPED to fill that need.”

At each tier in TiPED, a chemical gets a pass-fail grade. If a chemical passes, it moves to the next level for additional testing. If it fails, the protocol sends the chemist back to the drawing board, either to redesign a molecule or to start over from scratch.

“Chemists can design molecules to not act like hormones, but they just haven’t been asked to focus on doing it,” Myers says.

The paradigm has been to test chemicals or chemical products after they are developed or already in commerce. Even then, only drugs and pesticides typically undergo regulatory toxicity screening. Most chemicals in consumer goods, such as ingredients in cleaning products, do not.

In addition, many chemical companies or product manufacturers don’t have the resources or the understanding to begin to carry out the complex and expensive prescribed testing that meets regulatory standards. TiPED is an effort to turn that around by providing guidance to chemists on selecting potential collaborators and specific tests to decrease the chance that a lot of money and time will be spent developing a material that might turn out to be a nasty surprise in the future.

Within the TiPED framework, the design chemist can begin at any level, depending on prior knowledge of the chemical to be tested. Tier 1 is a computational assessment that encompasses statistical and mathematical models to predict endocrine-disrupting properties on the basis of physical properties and chemical reactivity of a molecule.

In Tier 2, in vitro screens using biochemical and cell-based assays allow direct testing of a compound’s ability to modulate biological signaling pathways. The tests serve to confirm information from Tier 1 that a chemical actually doesn’t bind to any of the known receptors probed. Tier 3 then incorporates cell- and tissue-based assays that assess whether a chemical activates signaling pathways that lead to cell division, differentiation, cell death, or endocrine-mediated processes. This tier also allows assessment of metabolism of the test chemical using human liver cells, providing some insight into potential endocrine-disruption activity by metabolites.

In Tier 4, whole-animal assays of fish and amphibians such as frogs allow chemists to examine the impact of a chemical for multiple endpoints involving multiple hormones. Tier 5 then brings in testing in mammals, primarily rodents, to mimic as closely as possible human responses.

TiPED is a scientific framework in progress, Myers says. He cautions that the protocol will not detect all possible mechanisms of endocrine disruption, because scientific understanding of these phenomena is still advancing. To address that limitation, the team plans over time to incorporate new assays into the protocol, which will be updated on TiPED’s peer-reviewed website (TiPEDinfo.com).

“I think TiPED will be a great tool to collect information at the design stage to eliminate unintended consequences,” observes Nina Goodrich, executive director of Charlottesville-based GreenBlue. It is one of several nongovernmental organizations working to help businesses improve the environmental performance and sustainability of consumer products.

The use of the tiered approach, the ability to enter the process where it best meets the needs of the user, and the questions the system poses all contribute to the system’s functionality, Goodrich adds. “The fact that chemists are not toxicologists makes the approach of leading chemists through a voluntary systematic process like TiPED important in designing safer chemicals.”

The next phase for TiPED involves field-testing, Myers notes. “We want to work with a small number of companies to get some experience in applying the full system at a small scale so the team can determine how to adjust it to best meet chemists’ needs. Once we get that feedback, we’ll be in a better position to know how to take it to scale.”

Comments
Kirsten Flynn (December 12, 2012 11:28 AM)
This is exciting news, I hope it gets a lot of publicity and broad usage. Chemicals are not the enemy, Arlene Blum says "I am a chemist, I love chemicals, I just don't think we should be using chemicals that are bad for us." The current lack of regulation is creating a reaction in some people that all chemicals, and all plastics are to be avoided. Fear is a a powerful thing, and in the current legislative environment it is justified.
Now let's work on getting this kind of testing, and the Precautionary Principal, integrated into TSCA.
Reply »

sherman (December 12, 2012 1:49 PM)
Happy to see this topic is getting serious attention:
BPA is mentioned as an example, however, a closer look at halides involved extensively in product treatments...have nasty human side effects.
Reply »

Dr. Isadora Guggenheim (December 13, 2012 5:07 PM)
This is profound movement forward in our complex world. It is heartening to know that disciplines can work together to problem solve some tough problems. As an environmental medical physician, I am hopeful that this algorithm can save lives and prevent chronic disease.
Reply »