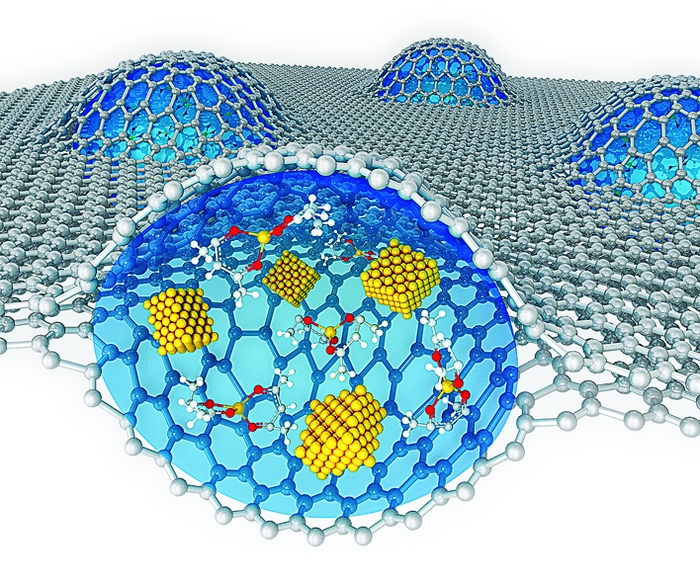 Several advances this year in real-time nanoscale imaging allowed scientists to capture elementary crystal growth steps in action. The technology development may lead to improved methods for synthesizing nanomaterials and allow researchers to probe complex biological systems with exceptional resolution. Liquid samples are inherently incompatible with the vacuum environment of a transmission electron microscope (TEM). Yet by encasing a thin liquid film within an electron-transparent microsized sample cell, several research teams succeeded in using electron microscopy to sort out some details of crystal growth mechanisms. Haimei Zheng and James J. De Yoreo at Lawrence Berkeley National Laboratory, for example, led teams that fashioned cells from ultrathin silicon nitride windows (C&EN, May 28, page 9). Working independently, the teams observed that nanosized particles don’t simply collide and coalesce, as previously proposed. The particles instead undergo subtle rotations and reorientations that cause the particle lattices to become aligned before fusing and growing into larger crystals of Pt3Fe nanorods and nanowires (Science, DOI: 10.1126/science.1219185) or FeOOH nanoparticles (Science, DOI: 10.1126/sci​ence.1219643). In a related study, Alex Zettl and A. Paul Alivisatos of the University of California, Berkeley, and coworkers showed that by trapping droplets of a colloidal organoplatinum solution in nanosized graphene blisters, they could use TEM to track nanoparticles as small as 0.1 nm in diameter (C&EN, April 9, page 9; Science, DOI: 10.1126/science.1217654). This approach allowed them to observe platinum crystals growing via particle coalescence, structural reshaping, and other processes that could not be resolved previously.