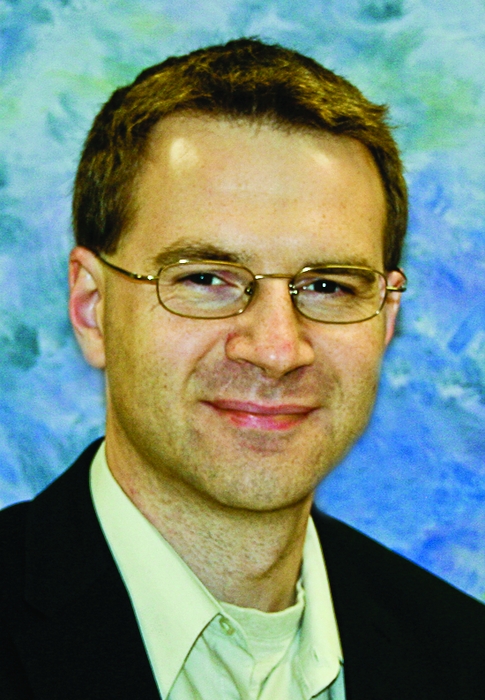 Oleg V. Ozerov, a Texas A&M University chemistry professor who studies synthetic organometallic chemistry and its applications in catalysis and energy-related problems, is being honored for the discovery of novel bond-making and bond-breaking reactions mediated by transition-metal and main-group compounds.

When asked for advice for other young chemists, Ozerov says: “Do not be confused or intimidated by authority, apparent established wisdom, or any nonscience trappings. If you truly know what you are about, your ideas are just as valid as anybody else’s and it will be your deeds—experiments—that will prove you right or wrong. The boundaries in research are only there to be pushed.”

At just 35, Ozerov, is already “one of the world’s leading organometallic chemists,” according to Alan S. Goldman, a chemistry professor at Rutgers University, New Brunswick, who investigates reactions between transition-metal complexes and organic molecules. Ozerov’s mechanistic work “affords some of the best insight into the fundamental reaction chemistry of small molecules with complexes of late-transition metals,” Goldman adds. He uses a system, the so-called PNP ligand—a bis(phosphinoaryl)amine—“that is superb for studying such chemistry.”

“Oleg is a pioneer in the chemistry of PNP pincer complexes and can be credited for invigorating this field of research,” says fellow Texas A&M chemistry professor François P. Gabbaï. Ozerov’s studies “demonstrate how the rigidity and the modularity of PNP pincer ligands can be used to bring about novel reactivity and structures” by, for example, imparting unprecedented reactivity to late-transition metals.

“The second area of major impact from Oleg’s laboratory pertains to the development of electrophilic main-group catalysts for the activation of C–F bonds by silylium ions,” Gabbaï says. “When these reactions are carried out in the presence of an excess of triethylsilane, the system becomes catalytic and promotes the hydrodefluorination of a number of fluorinated substrates.” Possible applications include the destruction of air pollutants such as CFCs and HFCs.

Other projects by Ozerov include Powering the Planet, a multi-investigator center sponsored by the National Science Foundation to study the direct conversion of sunlight into chemical fuel. His group is exploring new routes for splitting H2O into H2 and O2 using lessons learned in organotransition-metal chemistry.

Ozerov was born in Novosibirsk, Russia. He earned a diploma in chemistry from the Higher Chemical College of the Russian Academy of Sciences in 1998 and a Ph.D. in inorganic chemistry with Folami T. Ladipo at the University of Kentucky in 2000. After two years as a postdoc at Indiana University with Kenneth G. Caulton, Ozerov joined the faculty of Brandeis University as an assistant professor of chemistry. He was promoted to associate professor in 2006 and then moved to Texas A&M as a full professor in 2009.

Ozerov will present the award address before the ACS Division of Inorganic Chemistry.